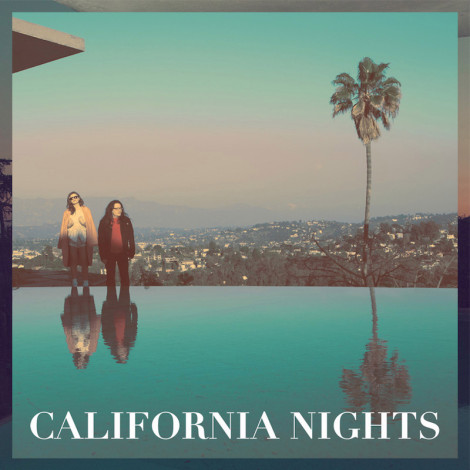 Best Coast might be the most committed advocates of Southern California life since Brian and Dennis Wilson. They’re not necessarily crafting a mythology for the Golden State the way, say, Bruce Springsteen’s done for New Jersey (who, let’s face it, needs all the myths it can get). But they’re coming close, with the way Bethany Cosentino’s drawling, airy voice represents the hum of L.A., especially when supplanted with reverb and all-you-can-eat guitar. There’s a rootlessness there too. While it’s easy to paint L.A. as a collective cave of drifters with their pick of healing agents, there’s a cerulean romance about it that few bands capture.

California Nights, Best Coast’s third full-length, doesn’t stray very far from the basics of their wall of sound. Its subplots of wavering emotions repaired by the equipoise a quality bong will give you aren’t much different either. But it’s got plenty of allure as a sonic construct, going for full-on absorption into the ether, and a few moments where Cosentino’s blueness strikes poignant notes. She’s still, if not submissive, then casually blithe. But you get a sense she’s getting a little tired of the philosophy of the star-makers and the beachcombers.

The hanging guitar lines of “Feeling OK” set up a driving churn as Cosentino tries to find a center: “My doctor says that I should take it/At least I won’t have to keep fakin’/I know someday I’ll find it/Where I least expect it.” It’s hard to come out against that simplistic, irrepressible charm, especially in the multi-tracked, explosive chorus. Songs about specific situations find her alternating between grounded and anxious, but never really endangered. The Cure-via-Sugar bounce of “Fine Without You” find her giving and breaking her own advice in a controlled rave. “In My Eyes” and “So Unaware” both swell with ennui, with Cosentino finding nothing happening on the phone over a guitar line from the Cars’ “Just What I Needed” and a broken fuzz guitar, respectively. But when she tries to punch out a reason in “Jealousy,” her self-reminders that “girls’ll be girls” and “it’s just the way it is” are both sweet and a little remote.

The more explicitly moody songs basically get what they’re after. The title track lets Cosentino float out in an opaque trance, blending into Bobb Bruno’s relaxed drums and her own uncomplicated guitar lines without effort. The closing “Wasted Time” merges the Twin Peaks theme with dark ‘60s girl group colors in a setting that, if not unexpected, at least works dependably. Cosentino’s lament, “Just wish that I had something to show for it,” ends the album on a note of doubt that sticks around a bit after the end.

But that doubt doesn’t infuse much of Cosentino’s delivery. There’s a bit of pathos in her overall being that never crosses over into tragedy, especially with such constant and direct draws from ‘80s jangle-pop and her gorgeously coated backup vocals. Best Coast’s echo-pop and guitar layers have never sounded better than on California Nights, but at times the actual content feels a little risk-averse. However, that may be the point. Los Angeles (yes, I once lived there) can certainly reinforce one’s loneliness, but contains more distractions per capita to lure you into moments of leveling out. Best Coast accepts that inertia to a certain point, and California Nights reflects it honestly, with just enough grandiosity to suggest objects in your rear view mirror are closer than they appear. And that the Guitar Center on Pico near Westwood is having a sale on some sweet distortion pedals.

Treble Roundtable: Make your own genre