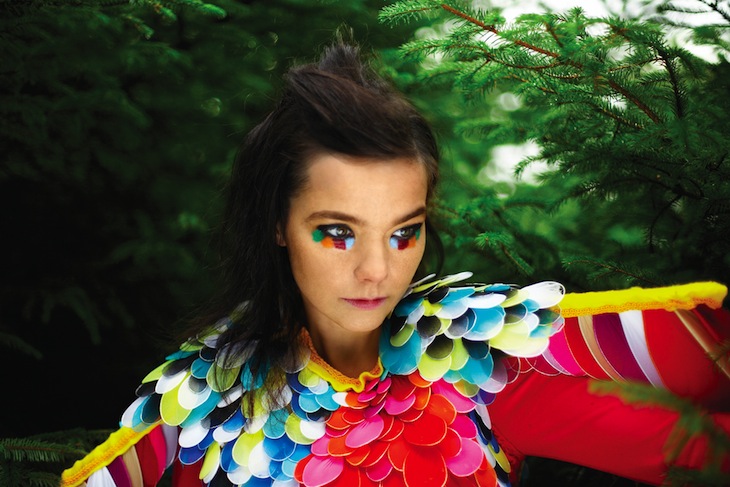 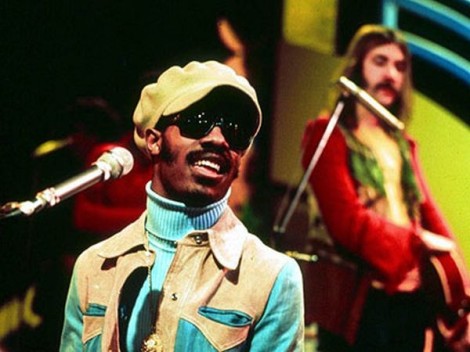 There are a handful of things that I know I can count on in music. Not all of them great, and none of them as great as the unabashed joy that resides in the voice of Stevie Wonder, even today. Even when somewhat mournful, like on the stunning Songs in the Key of Life opener “Love’s in Need of Love Today,” there’s hope. Stevie can still vocally make all of the throws. Even if we’re cringing during some of his late-career missteps (like the clumsy performance with the Jonas Brothers linked below), it is admirable to know that when you watch Stevie Wonder, you’re watching an artist who knows no limits. An artist who really believes that he’s capable of anything, and goes after it with everything he has. Also, we get the answer to the eternal question: “Can a great artist be forgiven for their later career sins?” Yes. With Stevie, always yes. – HA

Watch and listen: “Love’s in Need of Love Today”; “Burnin’ Up/Superstition” (with The Jonas Brothers) 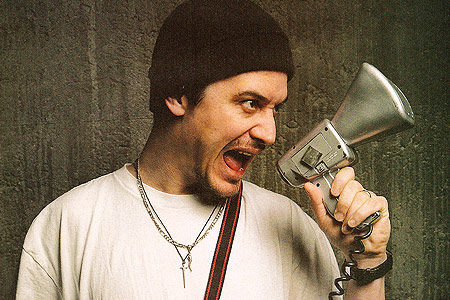 Mike Patton is a vocal chameleon who approaches all styles of music with the same reckless, manic fury, and the largest vocal range of any recorded singer: a mind-blowing six octaves that have to be heard to be believed. Although Patton’s most popular project, alternative rock/rap band Faith No More, is a convincingly varied sample set, his true diversity and range can be most clearly seen in his various side projects. In Mr. Bungle, Patton sings deftly through an ever-changing backdrop: punk, experimental jazz, Arabian-techno-grindcore, and even Balinese gamelan-inspired chants. In Fantomas, song structure and conventions are thrown out the window as Patton screams, grunts, howls, and croons his way through highly experimental and wild tracks (often delivered through nonsense syllables). Patton’s latest two side projects, Peeping Tom and Mondo Cane, had him singing hip-hop-inspired pop tracks and Italian standards with a 30-piece orchestra, respectively. Mike Patton’s insane level of talent is only surpassed by his unhinged fearlessness in taking on anything that is thrown at him. – TH 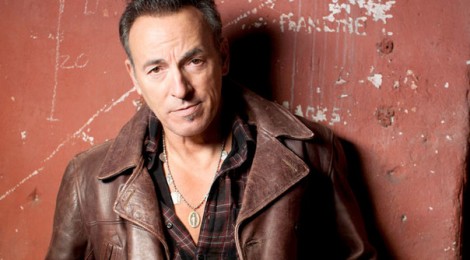 For all the power Bruce gets from the titanic sound (and occasional overkill) of his E Street Band, it wouldn’t mean shit without his voice at the center. Over the years it’s changed from goofball semi-troubadour to Orbison-influenced melodramatic rock crooner to a darker storyteller’s rasp and various fusions of all those things and more. Only a voice as earnest as Bruce’s could sell the utter lyrical absurdities of “Born to Run” (just try objectively reading the second verse, Jeeeeeesus), and only one with his honesty could properly evoke the pitch-black pain of “Reason to Believe” or “Youngstown,” or the hopeless romance of “Drive All Night.” It’s pretty easy to mock or reductively dismiss Bruce if you’ve got a mind to, and much (not all) of his recent output has been mediocre. But he’s more than earned his reputation as one of rock music’s greatest voices. – LG

Watch and listen: “Born to Run”; “Youngstown”; “Drive All Night” 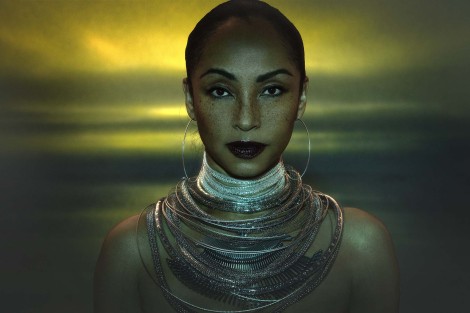 Every so often I go through a Sade streak. I listen to Diamond Life and Promise on repeat and admire Sade Adu’s cool style, her slow-burn sensuality. I imagine Sade was born fully formed like Athena. I can’t imagine her as a child or as an awkward teenager. It seems unfathomable. To me she was always powerfully sexy, commanding but warm-blooded nonetheless. She always seemed very much in control and her unique voice conveyed that. In “The Sweetest Taboo” her seemingly measured vocal veils an almost feral hunger. She so thoroughly embodies the song. She is the quiet storm. When Sade came back with Lover’s Rock in 2000, eight years since the previous album, it was like nothing changed. Her voice was just as rich, with age adding just a touch of different character. But she was still cool, still sexy, still commanding—just listen to “King of Sorrow.” And as always, just the right amount of vulnerability to remind us that she’s real. – JI

Watch and listen: “The Sweetest Taboo”; “King of Sorrow” 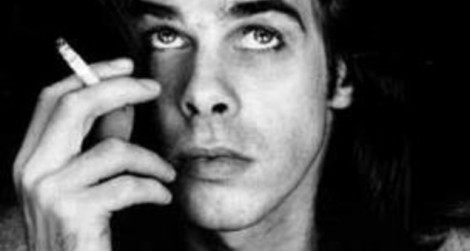 The remarkable nature of Nick Cave’s voice, for me, stems from how well he’s developed it over 30-plus years. Because on early Birthday Party and Bad Seeds albums, there are times when the gothic groan he uses is effective, and other times when it’s … kinda not in key, the locked-in cinematic power of the Seeds and his astounding writing bailing out his songs. But somewhere in his run of early ‘90s albums, tunefulness clicked in Cave’s voice and it became capable of great beauty. (Early flirtations with kicking heroin probably helped.) Who thought the guy who screeched “Release the Bats” could create the quiet devastation of “Where Do We Go Now But Nowhere”? And while some think he steered into the balladeer skid too sharply, he’s still capable of raging well into his fifties, as songs like “We Call Upon the Author to Explain” show. (He’s 55 in the last video below, in case you’re wondering.) – LG

Watch and listen: “Release the Bats”; “Where Do We Go Now But Nowhere”; “We Call Upon the Author to Explain” 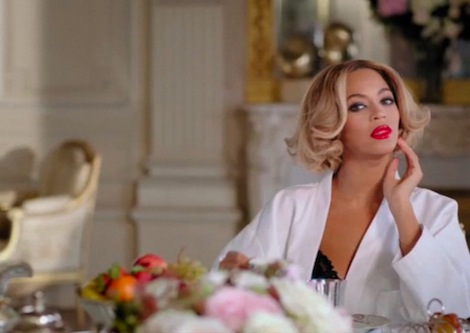 When Destiny’s Child started gaining a national reputation, Beyoncé Knowles became a household name in her hometown of Houston, Texas. Before long, her powerhouse, versatile voice and charismatic personality would gain her attention around the world. A pop sensation since her earliest singles, each album gains Knowles a new victory in terms of flexibility and long-term influence. She can crush a heartfelt ballad just as well as she can rock through a loud hook or throw in verses better suited to the hip-hop/R&B world where she got her start. And, as she’s grown as a producer over the years, she’s worked with collaborators to create tracks that show she’s at the forefront of pop craftsmanship. Beyoncé was not only Knowles’ best album so far, it was a true testament to how riveting a pop album can be—especially when the right voice is at the helm. – ATB 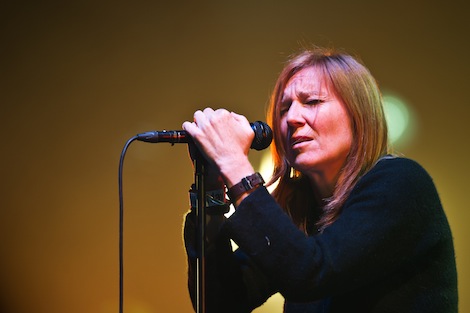 The almost pathologically private Beth Gibbons is the mysterious, elusive vocalist and lyricist for the English trip-hop masterminds Portishead. Emerging from nowhere with 1994’s masterpiece Dummy, she was already nearly 30, her haunted contralto the perfect foil for the urban paranoia of Geoff Barrow and Adrian Utley’s production work. She can turn on a dime from elegy to terror to (albeit rarely) ecstasy, seemingly improvising as the song unfurls. (Portishead’s all-too-rare live performances appear to bear this out.) Her work with Rustin Man during the lengthy breaks from Portishead is no less spectacular, and occasional guest spots for artists she admires only just keep her in the music fan’s consciousness. But her inaccessibility is crucial to her mystique, so we will just have to celebrate what we have of Beth Gibbons. – MP 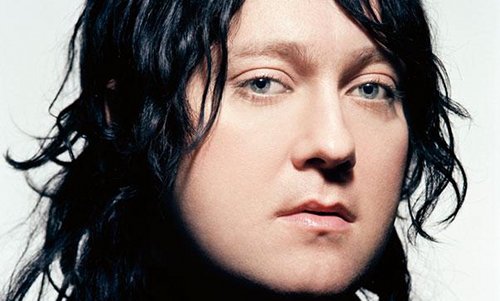 When I saw Antony and the Johnsons perform live in 2010, I was already a big fan, but what I was surprised by was how endearing and powerful a performer Antony Hegarty is. A deeply affective performer, Hegarty’s rich voice captures the nuances of the lyrics and renders them real in a way that just words cannot. “Hope There’s Someone” from 2005’s I Am a Bird Now is a beautiful example of Hegarty’s ability create an affective experience. In one particular performance of the song on Later with Jools Holland, it’s just Hegarty and a piano, but there’s a fullness and depth to it. From just her voice, Hegarty is able to build a world and a story of pain, of vulnerability and longing. Each tremble and each swell contains a breathtaking amount of nuance that hits at the heart of her lyrics. Or take her cover of “Crazy in Love.” Already incredibly well-known and well-performed by another powerhouse singer, Beyoncé, Hegarty’s version transforms the fiery track to a song that is hypnotic with a touch of Bronté-esque melancholia. Hegarty’s performance of the song brings a different dimension, imbuing it with a new narrative and depth. – JI

Watch and listen: “Hope There’s Someone”; “Crazy in Love” 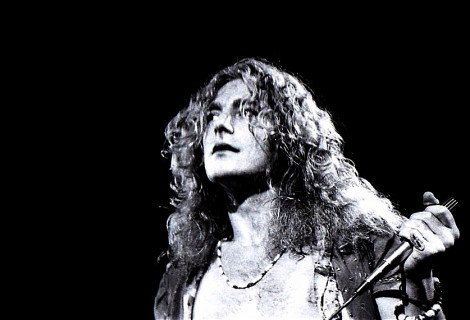 On paper, Robert Plant shouldn’t work. A British guy singing folk-infused blues and rock ‘n’ roll  in a shrill falsetto? Yet, somehow, Plant not only worked, he changed the game. Take “Immigrant Song” for example. Could anyone else on the planet pull of that menacing howl? As a frontman, Robert Plant is equal parts sex god, rock god and Norse god. His trademark wail and powerful presence influenced rock music in a way that is timeless, as Led Zeppelin continues to inspire countless teenagers to become musicians and singers (even though they all know they will never be as cool as Plant). And what makes Plant even more endearing is his continued reinvention; whether he is singing with Allison Krauss or covering Low, he is a force that can’t be stopped. – TH 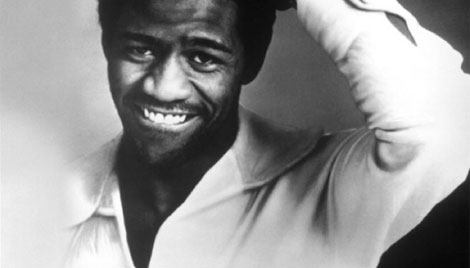 It makes perfect sense that Al Green would eventually become a preacher—he’s been testifying his whole life. Since growing up in Arkansas and developing a devout fandom for another man of both R&B and gospel, Elvis Presley, Green has been a reliable purveyor of some of the most emotional and bluesy Southern soul that pop music has ever known. And that emotion comes straight from a voice that has been there, seen it all, and still has the strength and energy to get you where you need, whether it’s toward the righteous path or one defined more by libidinous urges (you might be aware that he’s released some pretty sexy songs in his day). But it’s not simply the sacred or the profane that defines his work so much as the living, breathing human being behind it, who gives every ounce of himself, even if it’s just a whisper. But there’s more feeling behind that very whisper than you’ll hear behind even the most primal of screams.  – JT

Watch and listen: “Let’s Stay Together“; “Call Me“; “Love and Happiness“