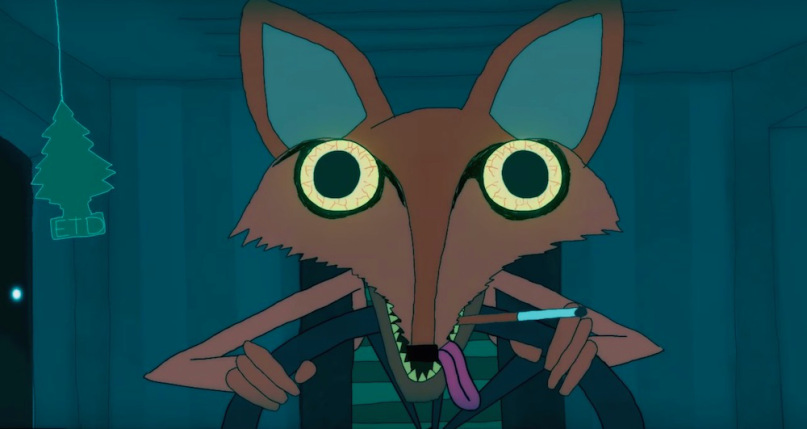 Courtney Barnett has just shared another new video from her excellent new album, Sometimes I Sit and Think, and Sometimes I Just Sit. The new clip, for “Dead Fox,” is an animated video with some pretty dark humor behind it. Directed by Rory Kerr and Paul Ruttledg, the “Dead Fox” video depicts—what else?—a fox who drives a truck and seems increasingly more violent and vengeful as his trip goes on. There are some casualties, a pretty gross sneeze, a shark riding a bicycle and even an animated Courtney Barnett. Here’s what the directors had to say about the video:

“We liked how politically loaded and conversational the lyrics are. We wanted the animation to have a stylistic and organic look, hence most of the drawings were done on paper rather than digitally. To further compliment the lyrics, we thought it would be funny to have the animals in the video look as cynical as possible, as if they’d had enough with how humans are treating them.”