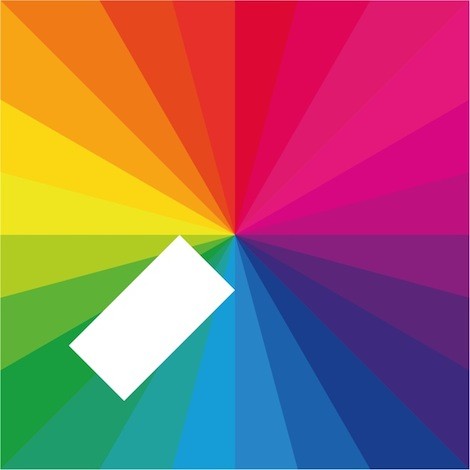 The xx have always carried themselves with an air of mystery and darkness. It’s not a sinister darkness, but rather a mystique—it’s hard not to get the feeling that every time you learn something new about them, it somehow only raises more questions in the long run. A lot of that can be attributed to just how whisper-soft their songs are; to date, their hardest-rocking song is “Crystallized,” and it’s still awfully stark. It’s hard to get that close to a band that only gives you so much. In a way, that’s what gives them their edge. Rock and pop music so infrequently do quiet—enigmatic—intimacy that it can sometimes feel like a radical move. And at least in the case of The xx’s debut album, it’s safe to say that it very much was.

For a band cloaked in mystery and barely-there arrangements, however, The xx have long given the impression that, whatever shadows they lurk in during the other nine months of the year, they summer in Ibiza. There’s a heady, hedonistic vibe to their electronic lullabies that suggests the end of their melancholy is really just one hit of ecstasy away, and we can thank Jamie Smith for that. Smith, better known as Jamie xx, is both The xx’s producer/programmer and a beatmaker in his own right, with a nostalgia-heavy aesthetic that alternately yearns for top-down summer jams and all-night raves. Listen carefully enough and you’ll hear the entire history of dance music—from house to jungle, and from dubstep to whatever’s just over the horizon—popping up like annotated footnotes to his impeccably crafted hooks. Then again, if playing spot-the-influence isn’t your thing, then that’s fine, too; extensive background or not, Jamie xx’s debut album In Colour is simply a spectacular pop album.

In Colour felt like a long time coming, if for no other reason than a long, if sparsely released series of singles that Jamie released in the years preceding it. His debut single, 2011’s “Far Nearer”—as well as his Gil Scott-Heron remix album from the same year—was a brief glimpse of the kaleidoscopic talent that he harbored outside of his more understated band’s songs. Three years later, the pairing of “Girl” and “Sleep Sound,” both featured here in opposite ends of the album, only expanded on that auspicious template. “Girl” rolls forward on syrup-drunk mixtures of eerie vocal loops and a sample borrowed from Studio’s Yearbook 1. Yet “Sleep Sound” is almost the inverse of that—it moves faster, skipping and sputtering with dubstep patter and an even sparser bed of samples. It’s more spacious by necessity—it needs all that room so it can move.

Those early singles were good, but what Jamie xx builds around them on In Colour is even better. He’s expanded his palette as a producer, living up to the title of his debut with a set of songs that bleed in every possible direction. The ominous industrial buzz of “Hold Tight” is one of the noisiest moments on the album, its distorted clangor proving once and for all that a member of The xx can, indeed, go loud when necessary. Yet the bright, upbeat house exercise of “The Rest is Noise” is so free and uplifting, it might as well be gospel. And while “I Know There’s Gonna Be (Good Times)” is the only song that doubles as club banger and top-down summer jam—thanks in large part to Young Thug and Popcaan’s pussy-and-drugs vocal feature—it’s an effective one.

Still, as far outside of The xx’s post-punk torch song style as Jamie strays, his bandmates Oliver Sim and Romy Madley Croft still play a prominent role on In Colour. Sim’s guest appearance on the eerily pulsing “Stranger in a Room” is the most xx-like of the bunch, juxtaposing his breathy vocals against sputtering synths and sensual guitar licks—without a single beat drop throughout its three-minute span. The two tracks that Romy helms are arguably the strongest of the bunch, however. “Seesaw” is a haunted and atmospheric jungle-pop gem, whereas “Loud Places” is the full realization of The xx’s gorgeous melancholy when bolstered by Jamie’s instinct for crafting big pop productions. That it erupts into a joyous Idris Muhammad sample only seals it.

On In Colour, Jamie xx bridges his influences to his vision, and a familiar if successful aesthetic with an ambition that extends beyond it. It reads a bit like a mixtape that Jamie made for his own private collection, leaping from dancefloor filler to sad-sack ballad, and from crowd-pleasing hit to obscure genre exercise. The real treat is not only in how Jamie attempts so many different dance-music approaches, but in how he weaves them together. If this actually were a mixtape, it’d be a surprisingly cohesive one. He still does quiet better than most, and In Colour showcases those moments when it needs to. It’s just that everything is so much more alive in the loud places.

Four Tet – There Is Love in You