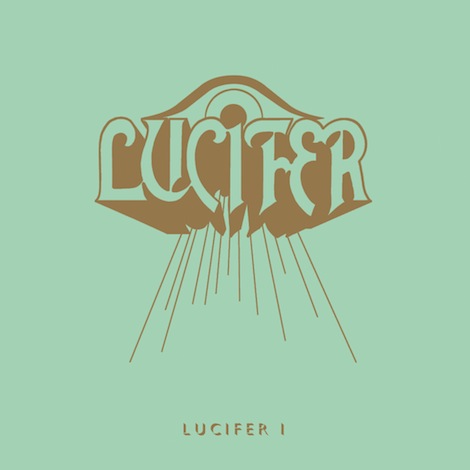 The name Lucifer comes up frequently in searches through the vinyl archives of 1970s obscurities. It’s the pseudonym that electronic music pioneer Mort Garson used for his eerie, Moog-based progressive concept album Black Mass. Lucifer was also a short-lived and little known hard rock band from New York, but more relevant to metal history buffs, it was the original name of New Wave of British Heavy Metal legends Angel Witch (this will become important in a minute). And then there was Hamburg, Germany’s Lucifer’s Friend, who started life as a bluesy heavy psych act before descending into the depths of progressive jazz rock; it happens to the best of us.

Lucifer is also the name of a Berlin-based heavy metal and occult rock act that formed last year after the dissolution of short-lived yet promising metal act The Oath. Helmed by that band’s frontwoman Johanna Sadonis, and featuring Cathedral guitarist Gaz Jennings as well as drummer Andrew Prestidge, also of Angel Witch (who you might recall were once named Lucifer, albeit with a different drummer), Lucifer has a certain reverence for the classic occult rock and early heavy metal sounds of the 1970s. It’s not a worship act, necessarily—the group may have lit some candles and made a pentagram of colored sands in old-school metal’s honor for all we know—but where so much of metal in 2015 veers so far toward the extreme, Lucifer celebrates its roots and its heritage.

That being said, the songwriting on Lucifer’s debut album Lucifer I is top notch. Occasionally, Jennings’ tendencies toward a heavier style of doom show through in his riffs, like in the sludgy chugs of “Total Eclipse,” but by and large this is an album driven more by melodies than by outright heaviness. This is the kind of band that can not only name a song “Abracadabra” without a hint of irony, but manage to turn it into one of the album’s most badass moments, driven alternately by Deep Purple-inspired riffs and shimmering arpeggios. Essentially all of the album’s eight songs maintain a balance of chunky, Bic-lighter-lifting riffs and occult ambiance, be it on the roaring strut of “Purple Pyramid,” the towering harmonies of first single “Izrael” or the on-the-nose paean to metal’s greatest band, “Sabbath.”

For as much as Lucifer I is a guitar lover’s album, it’s not guitars that set it apart. That would be vocalist Johanna Sadonis, whose powerful and melodic vocal style finds her unleashing nary a growl or a screech. She’s got one hell of a set of pipes, and she knows how to use them, embracing subtlety on album closer “A Grave For Each One of Us,” and dazzling with ethereality on “Izrael.” She understands both showmanship and restraint—two qualities that an overwhelming number of metal bands have yet to nail down. And that goes for Lucifer as a band, as well. There’s always a new extreme frontier to breach, but the deeper metal pushes into that direction, the more interesting a classic approach to melody and songwriting becomes.

Interviews, Shadow of the Horns

Shadow of the Horns: An interview with Lucifer