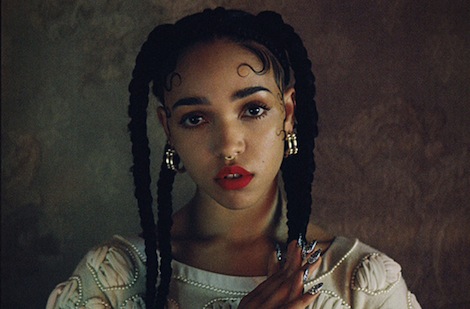 FKA Twigs released her full-length debut, LP1, just one year ago, but she’s already got more new music to share. Today, Twigs shared a new song called “Figure 8” via Beats 1 Radio with Zane Lowe, which is presumably slated for release on an upcoming EP release (which would follow 2013’s EP2). The song joins other recently released tracks “In Time” and “Glass & Patron,” which are also likely to appear on that upcoming release.

In Twigs’ interview with Lowe, she says that the song was partially inspired by learning how to vogue, because the dance movements are fluid and form a sort of “figure 8” pattern. You can stream the new track below. FKA Twigs’ new EP doesn’t yet have a title or release date.

FKA Twigs’ LP1 is on our list of the best albums of the decade so far.