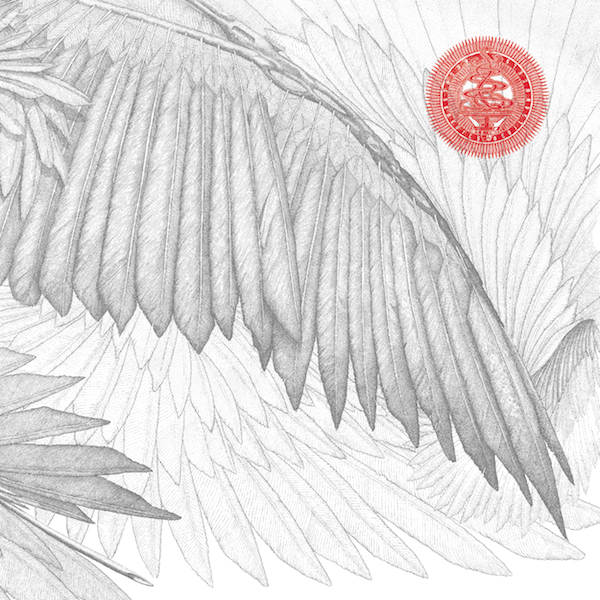 Kevin Martin doesn’t really do straightforward. He doesn’t often do immediate or catchy, either. And he most certainly doesn’t do mainstream. His skewed take on various disciplines of electronic music has taken him into some weird, albeit boldly inventive places, stretching all the way back to the industrial landscapes of God in the late ’80s and early ’90s. He littered trip-hop’s landscape with landmines as a part of Ice, and brought new intensity to industrial hip-hop as a member of Techno Animal. And for 16 years, that ear for menace and ferocity in electronic production has carried over into his work as The Bug — one of his few projects not to also feature Godflesh and Jesu maestro Justin Broadrick. He’s explored darkness in dubstep beyond Burial’s restrained specters, perfected its abrasion well before Skrillex streamlined it into distorted big beat, and beat Yeezus to making dancehall seem terrifying by a good five years or so.

But there’s something that Martin’s also mastered with The Bug that sets it apart from any number of other aliases on his résumé: accessibility. The Bug is, for all intents and purposes, dance music, and 2008’s London Zoo proved one of last decade’s most fascinating — and satisfying — explorations of the limits of bass music’s parameters. And those limits, it would appear, just keep moving toward the horizon the longer you chase them. But that was also a record that more outwardly projected fun than a lot of Martin’s grimier, grittier recordings — all while retaining the requisite grime and grit to mark it as one of Martin’s own. Angels & Devils — The Bug’s first new album in six years — is a different sort of beast to a degree. It’s every bit as dark as it should be, and driven largely by unsettling atmosphere and skittering beats. But here, there’s far more space to explore the intricacies of that atmosphere.

Angels & Devils moves slowly, gradually building up to the kind of explosive tracks that marked The Bug’s most exhilarating works. But the path to getting there involves some meditative exercises in mood, from the barely-there presence of Grouper’s Liz Harris on the beautiful, bubbling “Void,” to the psychedelic dirge “Save Me,” featuring desert-wandering eccentric Gonjasufi. Flip the plate, though, and it’s a considerably different story. Past collaborator Flowdan shows up to ring in the chaotic ceremonies of second-half banger “The One,” Manga drives the extra-nasty grime of “Function,” and none other than the recently-dissolved Death Grips arrive to wreak a path of destruction in highlight “Fuck a Bitch.”

Given the split down the middle, a name like Angels & Devils seems a bit on the nose. The music is almost uniformly pretty at first, then grows into a noisy and intense monster — not a bad trick, but one that ultimately makes the album feel uneven, regardless of the strength of the tracks. And indeed, there are some strong tracks, helped in large part by the characters that populate them. Ultimately, it’s hard to view Angels & Devils as something other than two EPs joined together at the ends. That doesn’t necessarily make it bad, of course — just presented in a way that ignores the importance of carefully balanced sequencing. It wouldn’t be the first time that an artist changed course between sides, however; sometimes an album is merely left to be experienced one side at a time.