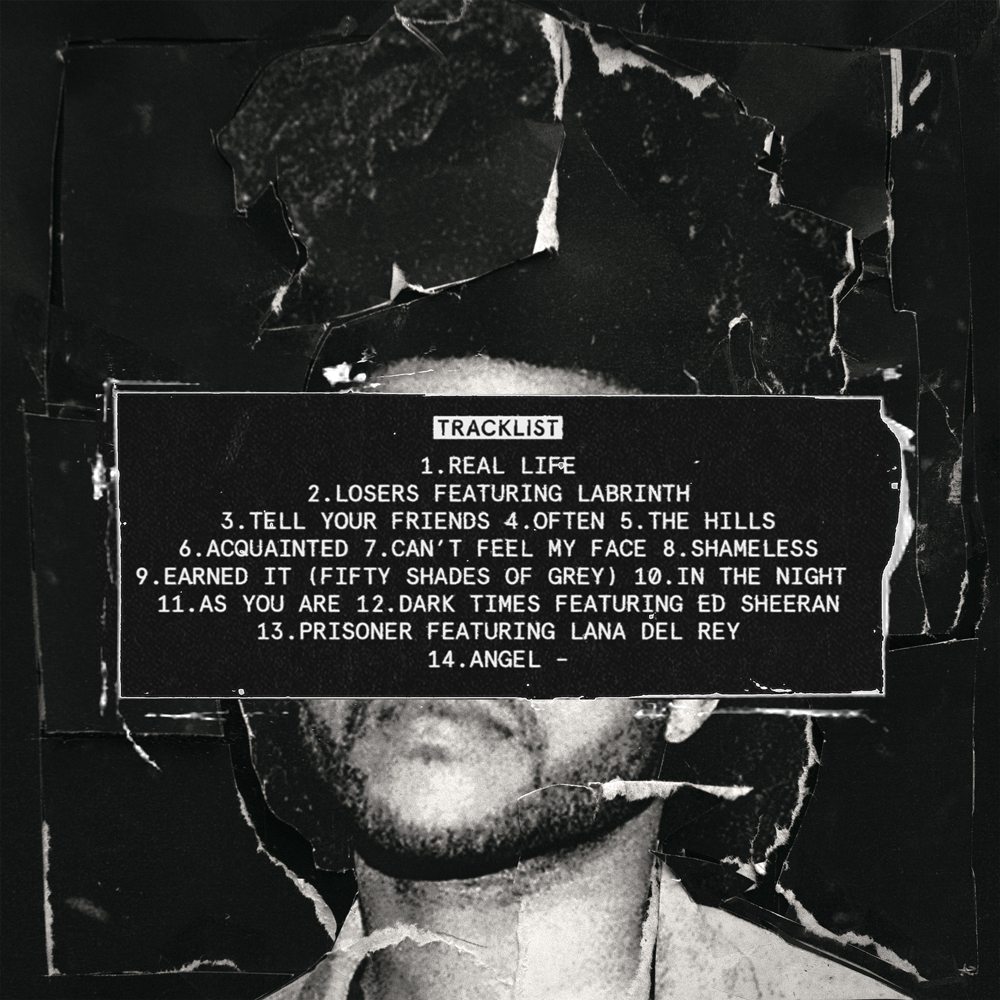 Abel Tesfaye, aka The Weeknd has revealed the tracklist for new album Beauty Behind the Madness. Some false tracklists have been floating around a bit, though we’ve known that the album featured new single “Can’t Feel My Face,” along with the previously released “The Hills” and “Earned It.” Today, however, the full thing has been confirmed, and along with the track titles, some notable guest appearances have been revealed, including Lana Del Rey and Ed Sheeran. Check out The Weekend’s Beauty Behind the Madness tracklist below.

The Weeknd Beauty Behind the Madness tracklist: