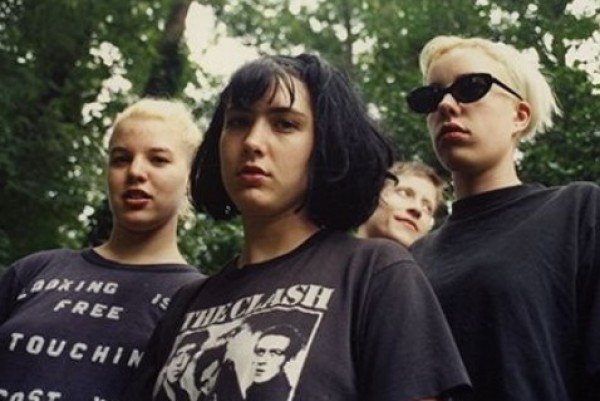 Bikini Kill are releasing a reissue of their 1991 demo cassette, Revolution Girl Style Now!, next month via their own label, Bikini Kill Records. The reissue will include three unreleased tracks, including “Playground,” which they just released today as a stream. It’s a surprisingly slow and sludgy track from the band, and has more in common with actual grunge than the riot grrrl punk they helped pioneer. Or more accurately, sludge metal—it’s very Melvins-y, which is an unexpected thing to hear coming out of the speakers. Still, it’s pretty cool, and a gnarly track, which is a fun thing to hear from the early days of the band.

Listen to the Bikini Girl “Playground” stream below, courtesy of Rolling Stone.

Bikini Kill’s “Rebel Girl” is featured on our list, True Alternative: The Top 100 Underground Tracks of the ’90s.