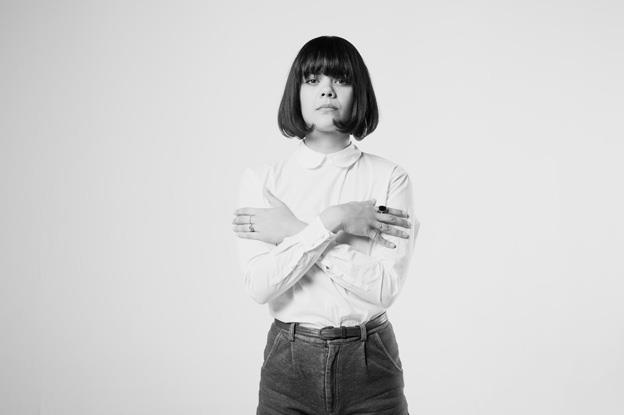 Bat for Lashes has just shared 15 seconds of new music, of what is likely to appear on a new album later this year or early 2016. In what’s so far been a sort of cryptic viral social media campaign, Natasha Khan has been sharing a hangman game on her Twitter and Instagram accounts, creating suspense for what seemed to ultimately be leading to a big announcement of some kind. Today, that game motif has yielded the 15 seconds of music that you can stream below.

Color us intrigued! The hangman game right now has yielded the following letters: _EX _ITC_. It’s possible that this could end up being the title of her new album, maybe Hex Witch? Though, for a minute, we were thinking it was going to be The Hanged Man.

Bat for Lashes’ last album was 2012’s The Haunted Man.