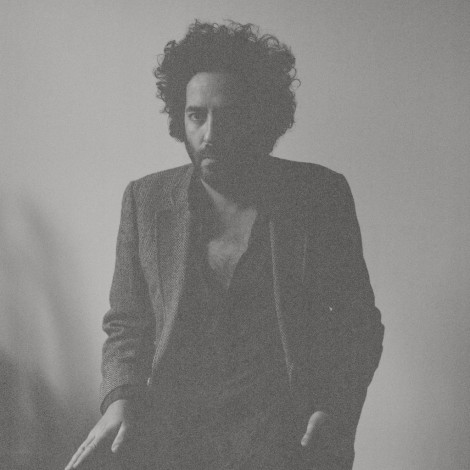 The song “Times Square” appears three times on Destroyer‘s Poison Season, in three different versions. In its first incarnation, “Times Square, Poison Season I,” it’s a slowly thawing chamber-pop intro to the album, a gentle swell of strings beneath an opening line from Dan Bejar that, even in a catalog full of them, feels like one for the record books: “Jesus is beside himself/ Jacob’s in a state of decimation.” In its third permutation, “Times Square, Poison Season II,” he repeats the motif, but this time on piano, bringing the album out in the same melancholy, highbrow manner that it began. But then there’s the third version, “Times Square” proper, and it’s flipped almost entirely inside-out; it features the same chords, the same lyrics, the same Mark 3:21 wordplay, but instead of dissolving into romantic sadness, it explodes into one of the album’s most celebratory moments of ’70s-influenced rock, setting “Queen Bitch” strums against horns and strings.

Bejar’s already gone on record: He prefers the sad, quiet versions of the song, and to his credit, they are beautiful. However, the juxtaposition of the two approaches summarize pretty neatly what’s so remarkable about Bejar’s music after 20 years of constantly shifting, always breathtaking art rock: He cuts a romantic and mysterious figure, but he’s also a hell of a pop songwriter, however reluctant. “I really despise pop music these days, so I can’t have people walking away humming songs,” he said in a recent Pitchfork interview, explaining why it’s important to showcase the two different sides of “Times Square.” And if anything, this pop-averse stance only adds to Bejar’s ability to fascinate—his powers are, as he sees them, as much a blessing as they are a curse.

Destroyer’s Poison Season may well be the product of a man with no faith in poptimism, but its hook factor ranks remarkably high in Bejar’s canon. Not as sleek as 2011’s Kaputt, nor as opulent as 2006’s Destroyer’s Rubies, nor as sonically conceptual as 2004’s Your Blues, Poison Season is where Destroyer finds inspiration in the idea of a stadium stage in 1975, a year that produced both Born to Run and Young Americans. “Dream Lover,” the album’s first single, visits the expanse of both albums and runs wild with them in the span of four minutes, its brash bursts of saxophone far raunchier than those of the smoother, more sensual “Kaputt.” This is Bejar at his most rock ‘n’ roll, celebrating being “lovers on the run,” only to exclaim, as if exhaustedly laughing after a night of drunken hood-of-a-car bonding, “Ah, shit, here comes the sun.”

The Bejar of Poison Season isn’t necessarily any more of a rock star than he usually is; the man’s always been charismatic and charming as a performer, in ways that his gentlest chamber-pop ballads can sometimes mask if you’re not giving careful attention to his wordplay or turns of profane phrase. He’s certainly got it, however judiciously delivered, but on Poison Season, it’s right in center stage. The vocal echo in “The River” (hey, another Springsteen reference) is one of the hammiest effects on the record, seemingly engineered in quadrophonic sound for custom van waterbed seduction. And Bejar’s whisper in “Midnight Meet the Rain,” set against blaring baritone sax, wah-wah guitar and bongos positions him as the baddest mother—shut your mouth!—since John Shaft. It takes a pretty sturdy pair to let the music drop out in order to drop the line, “I got no interest in getting dressed today to go outside and play a game you know so well,” but Bejar’s apparently equipped well enough to do it, and make it work at that.

Poison Season isn’t wholly the product of Bejar’s Thin White Duke or E Street Band cosplay, and in fact, some of its greatest moments are those that simmer rather than come to a boil. The opening slices of strings that open “Forces from Above” could have been borrowed from Kate Bush’s “Cloudbusting,” but it’s not long before the song transitions into a sexy, Latin-tinged ambient funk. And “Archer on the Beach”—originally released as a collaborative single with Tim Hecker—sidles and struts with a groove not too far removed from the satin-draped highlights of his previous album. But it’s never too cool for Bejar to slip in a chuckler like, “The ass king’s made of asses.”

Slipping butt jokes into gorgeously drawn art-pop songs, making Biblical puns in a classic rock number, and recording two contrasting versions of the same song are all part and parcel of what Destroyer is. Dan Bejar is a pop songwriter whose gift can also be a burden, and who blurs the line between highfalutin pretense and giddy fun—a line, it should be noted, that would seem far too broad to blur. It’s often expectations, conventions and all sense of logic that he’s destroying, but what he builds atop the rubble is exquisite.