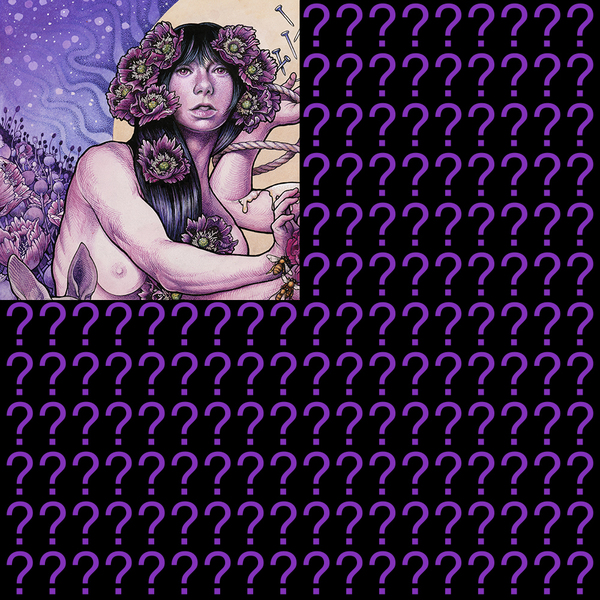 Baroness are returning in late fall with new music. The Savannah/Philadelphia-based psychedelic metal band is continuing with the color scheme of their first three albums—Red Album, Blue Record and Yellow and Green—with the natural next step: Purple. The album will be released Dec. 18 via their newly formed label, Abraxan Hymns. The album was produced by Dave Fridmann, and above, you can see a small piece of the cover, which will be revealed one quadrant at a time.

“After releasing a lengthy and investigative record like Yellow & Green we all felt that we needed to make something much more direct and immediate,” says frontman John Baizley in a press release. “We wanted to write with our normal focus on artistry, balanced against an increased level of energy and focus. It was important for us to write our new songs with the type of enthusiasm and expressiveness that could act as a counterpoint to the album’s dark themes.  As a result, the music came out in an intense, heavy and sonically captivating in a new way, which was important, loath as we are to fall into any kind of complacency pitfall or formulaic songwriting routine.”

Listen to the first track to be released from the album, the heavy metal power ballad “Chlorine & Wine.”

Read our Hall of Fame feature on Baroness’ Blue Record.