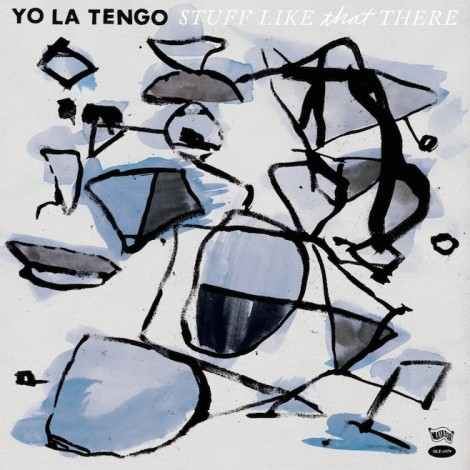 Even though the New York Mets just lost two out of three to the Boston Red Sox, the team from Queens remain in first place in the National League East, five and a half games clear of Washington. It’s been a spendid summer for Mets fans, who count Yo La Tengo’s Ira Kaplan and Georgia Hubley among the throng at Citi Field. Baseball experts have for a few years now been writing about the young crop of pitching in the Mets organization, but no one expected this bountiful a harvest this summer. In Jacob DeGrom and Matt Harvey, the Mets have two pitchers who have sub 3.00 ERAs and another, Noah Syndegaard, who is averaging nearly 10 strikeouts every time he takes the mound. The Mets took over control of the division from the Nationals on Aug. 2 and are now, so the hardball cliche goes, ready to play “meaningful baseball” in September  in hopes of qualifying for the October playoffs.

That’s one of baseball’s quirks, (or to its critics, a frustration) that for most of the summer, the season is like a long vacation at a lake—hot days in the sun, drinks as as the twilight darkens into the early evening, with the occasional dash inside due to rain. You can leave the games on television or on the radio and there’s the occasional come from behind victory or walk-off homer, amid the routine 4-2 wins and losses. That’s what spending time—and I think you do spend time with it rather than listen to it—with Yo La Tengo‘s Stuff Like That There is like. It’s a pleasing background to the summer, all with the knowledge that there might be more serious games played in the future. The album, the 14th studio effort in the Hoboken band’s 30 years in the American underground, is a collection of covers, with two new cuts and three new versions of previously released songs including fan favorite “Deeper Into Movies,” from the group’s best album, 1997’s I Can Hear The Heart Beating As One.

Stuff Like That There is a companion to the band’s similarly structured album Fakebook (released in 1990), as there’s covers from artists you’ve heard of—The Cure, Hank Williams and the Lovin’ Spoonful—and more obscure bands such as Antietam, Great Plains and Special Pillow. Instead of the melodic shoegaze that Yo La Tengo can wear like Clooney wears a tux, the sound here is spare and acoustic. Guitars pluck and strum save for a squall or two that moves through with causing much damage. Drummer Georgia Hubley takes the lead vocals on “I’m So Lonesome I Could Cry,” and “Friday I’m In Love,” and sings them both lovingly and with a measured reverence. The Cure cover in particular should be making regular appearances on the college stations now that classes are back in session. And why not—it’s a lot of fun.

“Rickety” is hardly a misstep, though it’s the romantic “Awhileaway” that’s the better of the two new songs. The opening couplet, “How do you turn from fear?/ How do you make dark thoughts disappear” is example of Ira Kaplan’s economical and moving songwriting. It’s sung in nary a decibel louder than a whisper, as if Kaplan’s telling you something he doesn’t necessarily want heard at the next table over at a cafe. The remake of “All Your Secrets,” from 2009’s Popular Songs, is the best of the lot, as there’s an even trade of light drone for some lilting folk rock. Both sides would walk away happy.

Giving one last listen on the last day of August, I held a quixotic hope that putting Stuff Like That There on repeat might be an engine to extend the summer. But September’s coming, the Mets—to Ira and Georgia’s delight—are playing meaningful baseball, and soon Yo La Tengo will start writing and recording a “serious album.” Let’s finish the gin and tonic before the inevitable deep sigh, because all this is nice.