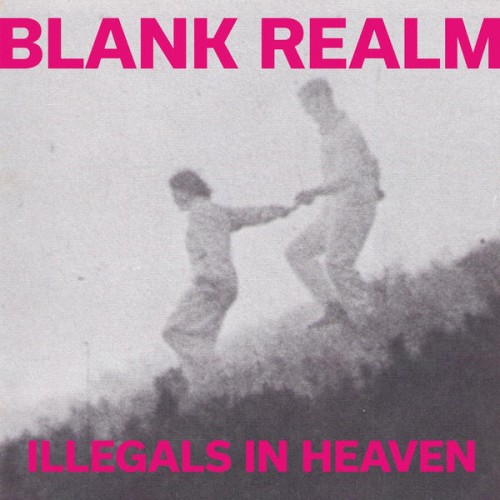 Even with how fast word can travel via Internet hype, it can still take some time for an Australian band to catch on in America; there’s about 9,500 miles and a gaping ocean between the two continents, so that’ll happen. Australia still seems like an untouchable place from this corner of the world sometimes, but its generous portion of up-and-coming bands has helped bridge the gap between American and Australian pop culture. And honestly, right now, the two are probably as closely connected as they’ve ever been. Take Blank Realm—the band, comprising three Brisbane siblings and one spiritual brother, is more popular in Australia, but there’s no reason why they couldn’t similarly take off in the United States. Gauging Blank Realm’s popularity is difficult—the band doesn’t have a Wikipedia page despite having several recordings since 2007—but it’s easy to imagine their status escalating once listeners get their hands on the hook-laden Illegals In Heaven.

Blank Realm’s previous album, Grassed Inn, was a pleasantly disorienting piece of space rock that left expectations high, and Blank Realm lives up to that lofty precedent with Illegals In Heaven. Pushing the boundaries of psychedelic pop, Illegals In Heaven presents a joyous listening exercise. Its nine songs range from very good to great; Illegals has impeccable order. Closing track “Too Late Now” has all the repetitious tools for an altogether psychedelic ending—hi-hat tap on a loop, prickly guitar notes and noise filling up space like smoke fills a room. A euphoric feeling hangs as the album ends, and I immediately want to start the record over, but I don’t want to spoil anything either. So I wait for the itch that Illegals will undoubtedly scratch.

Positivity bleeds out of Blank Realm, and the guitars sound amazing as Sarah Spencer stirs her electronic keys around each song. For a band that has churned out its share psychotic punk blues, Illegals In Heaven wastes no time getting started. The lively circus punk of “No Views” raises hell; it’s on fire, and almost one too many stomps ahead. But Blank Realm also knows how to play beautifully (“River of Longing”), sound like extraterrestrials (“Costume Drama”), and sing a breathtaking duet (“Gold”). “Flowers In Mind” loads up so many vibes that telling the difference between guitars and keys is practically impossible, and the tension shoots off to space at the four-minute mark. “Cruel Night” could be the baby of Generation X’s “Kiss Me Deadly” and the Velvet Underground’s “Rock ‘n’ Roll,” and “Dream Date” asks the simple question, “Can I be your dream date?” The marvelous echo of an acoustic guitar and hand drums leaves one answer: Yes. And when they’re married, they’ll drink coconut rum.

Illegals In Heaven was Blank Realm’s first experience in a legit recording studio, and the magnificence was certainly captured. It’s lovely, lonely, disillusioned, grinding, bouncy, and, above all else, fantastic. Blank Realm can’t help it. At this point, they’re ready to give another Australian psych rock band, Tame Impala, a serious run for all of the acid-infused marbles.