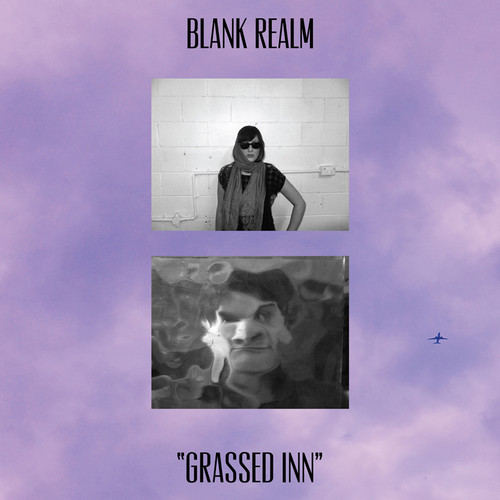 Some bands can sound like they’re from outer space. On Grassed Inn, Australia’s Blank Realm seem to aim for just such heights, and Sarah Spencer’s synth work is a big reason why. Without the inventive synth sounds, which screw with your head throughout, Grassed Inn could have been a simpler garage rock album. At the 6:00 mark of “Bulldozer Love,” Blank Realm had been charging up like a battery, only for Dan Spencer to release a squiggly guitar solo that gets overcome by Sarah Spencer’s (Yes, they’re related) synth wash. The environment created during the ending of the song could combat a swarm of 3,000 angry bees.

The Spencers have another sibling in the band, Luke, who plays bass. Something can be said for bands that are comprised of siblings. They have an advantage with chemistry; it’s in their blood to get along, and work through problems. But brothers and sisters also tend to fight, so there’s a possibly unintentional symbolic representation of that in Blank Realm’s fluorescent bursts of reverb and distortion. Take second track “Falling Down the Stairs, which was originally released as a single in 2011, and centers around a glittery acoustic strum by guitarist Luke Walsh. At the chorus, however, it bursts into a circus of joyful noise. Through and through, Grassed Inn is creep pop drenched with noise, blues, and psychedelics.

Blank Realm is compelling, blissful, off-kilter, raucous and expressive, and though Grassed Inn is more accessible than previous releases, it’s still weird — weird enough to make you forget where you are, or what time it is. In fact, Blank Realm doesn’t seem to care much about time; they’re more concerned with bringing the listener into their disorienting space. Sarah Spencer’s synth slices its way out on “Reach You on the Phone,” finding the most talented player of the band getting her final word. And on “Baby Closes the Door,” Spencer’s synth sounds like a submarine deep under water, or is that guitar feedback instead? Without Sarah Spencer’s colorful synth flourishes, Blank Realm would be fairly ordinary. For 45 minutes, however, the Spencers will be happy to take you on a ride somewhere just slightly outside of familiar.