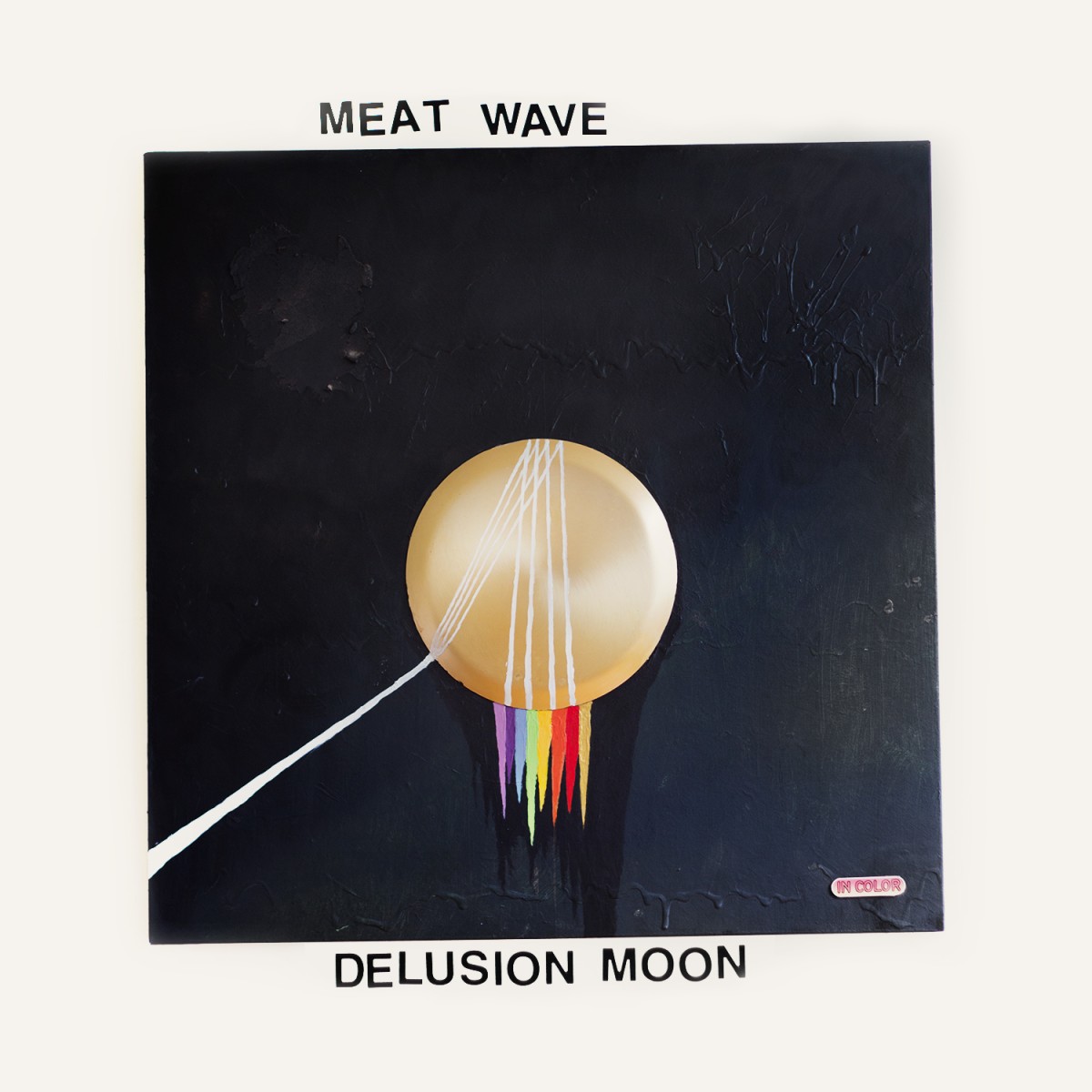 Angst, energy, anger and restlessness are just as essential to punk songwriting as guitar, bass, drums and vocals. It’s a guaranteed formula for catharsis, though determining the proper ratio of each element in a song’s makeup is ultimately in the ear of the songwriter. Chicago trio Meat Wave lean heavier on restlessness than most; they’re a band built on tension, storing up almost unreasonable amounts of it before ever giving in to the seductive lure of an explosive payoff—a trick that’s been handed down a few generations from fellow Chicgoan Steve Albini’s band Shellac. It’s not that Meat Wave never allow their songs to cross the threshold from being tightly wound balls of inert energy into beautifully destructive chemical reactions—it’s just that the anticipation sometimes can be just as satisfying as the climax.

The leadoff title track on Meat Wave’s new album Delusion Moon is a splendidly concise proof of concept. In its one minute and 56 seconds drummer Ryan Wizniak sounds constantly on the verge of spilling over into a standard punk beat, but never does, instead repeatedly pounding bass drum and cymbal as a kind of splashy churn with which to introduce the next 11 tracks. Treble’s A.T. Bossenger described it as sounding more “like a punk rock interlude or prologue more than it resembles a traditional song,” in his monthly punk tracks roundup, and he’s not far off. But as much as it seems like Meat Wave embrace inertia, Chris Sutter belts out the song’s title with such anthemic heroism, it’s ultimately the cognitive dissonance created by this structural tension that makes the song such a captivating opener.

Delusion Moon is rife with rumbling rhythms, ominous pulses and a furious, nervousness at the heart of everything that Meat Wave does. And it’s a remarkably effective mode of operation; the menacing drive of the rhythm section on “Network” is so intense on its own that the climactic shards of guitar that do erupt are merely a sideshow. And the torturous churn of “I Was Wrong” finds Sutter’s voice in a strangely serene balancing act, as if undergoing training for some sort of musical log rolling tournament. Meat Wave have their share of anthems and sing-along moments, however unintelligible at times (the 90-second “NRA” is, as far as I can tell, a snarky song about joining the NRA), they’re all the more effective when doled out in more infrequent increments. Standout “Cosmic Zoo” positions one dazzling sequence of guitar-versus-bass riff dynamics after another, hitting a surf-inspired sweet spot as Sutter repeats the mantra “Is un-knoooown/Is un-knoooown.” “Witchcraft” gains power by withholding—the bass and drums drop out just in time for the line, “I never meant to throw your computer out the window” to ring with a certain absurdity. And “Sinkhole” rises to a chillingly effective climax reminiscent of, surprisingly, The Police’s “Synchronicity II.”

It’s not that Meat Wave isn’t interested in instant gratification, it’s just that their definition is a little bit different than most. They’ve got the angst and the anger (translated however sardonically), and most definitely the energy and the restlessness. But on Delusion Moon, that restless energy is very easy to embrace. They don’t go straight for the hooks; that doesn’t really change too much here, but more remarkably, the tense churning sound they emit only grows more satisfying.