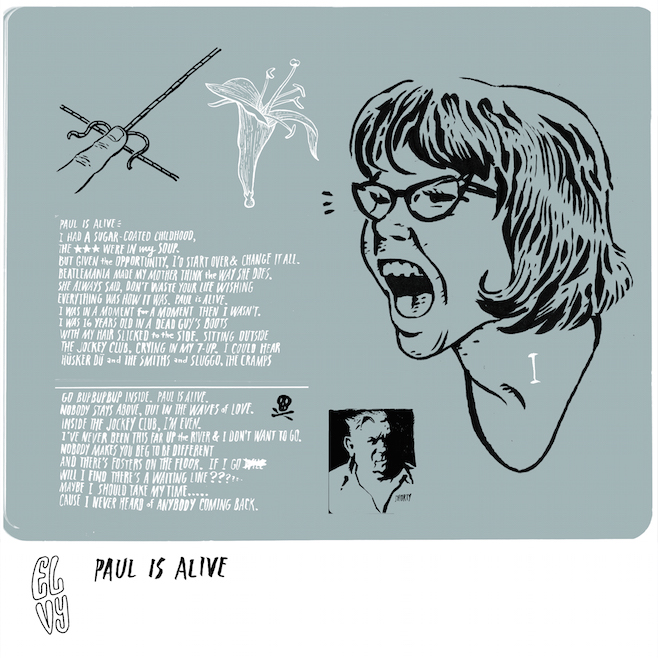 On October 30, EL VY—the collaboration between The National’s Matt Berninger and Menomena’s Brent Knopf—will release their debut album, Return to the Moon via 4AD. The duo has already released a few tracks from the album, and today they’ve debuted a new single, titled “Paul Is Alive.” The group shared the new track via a lyric video, directed by Tom Berninger (Matt’s brother), who also directed the documentary Mistaken For Strangers. That’s the single’s cover art above. Listen to the EL VY “Paul Is Alive” stream below.


1 Return to the Moon (Political Song for Didi Bloome to Sing, With Crescendo)
2 I’m the Man to Be
3 Paul Is Alive
4 Need A Friend
5 Silent Ivy Hotel
6 No Time to Crank the Sun
7 It’s a Game
8 Sleepin’ Light (ft. Ural Thomas)
9 Sad Case
10 Happiness, Missouri
11 Careless

El Vy share “Are These My Jets” as part of anti-Trump 30 Days, 30 Songs series