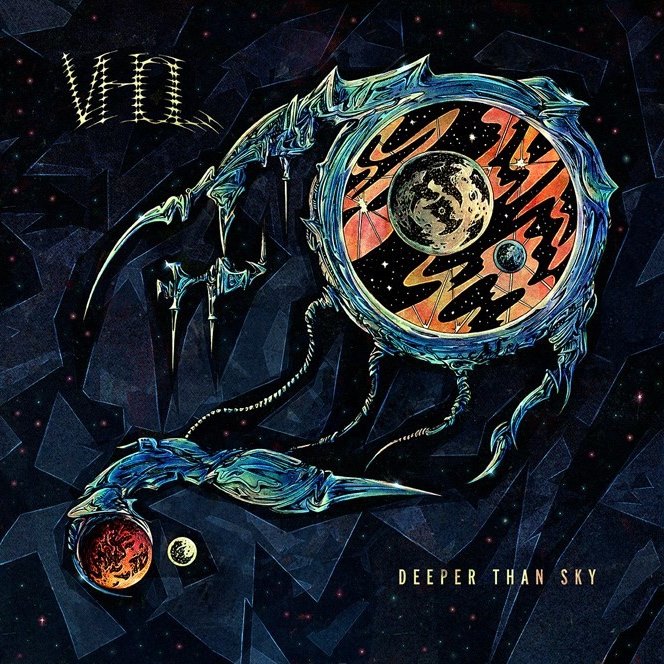 The appeal of the supergroup, at least in the abstract, is the idea of brilliant creative minds combining their resources to create something greater than their collective parts. It doesn’t always work out that way, but it’s hard not to want to get behind the theory, particularly when it yields results as rewarding as New Orleans sludge super-team Down or doom metal ringers Shrinebuilder. What’s even more interesting is when a group of musicians from a diverse set of backgrounds come together to create a sound that scarcely resembles any of their respective full-time projects. When Pacific Northwest/Bay Area outfit VHOL formed—featuring members of YOB, Hammers of Misfortune and Agalloch—the reasonable assumption was that the quartet’s combined pedigrees of doom, traditional and black metal would somehow form the basis of their potentially monstrous sound. Instead, the group’s self-titled debut album yielded a lean and viscerally intense set of ominous crust-punk and hardcore. And it kicked ass, naturally.

The element of surprise has faded a bit on VHOL’s second album, Deeper Than Sky, and that’s fine. The thrill of hearing Mike Scheidt, John Cobbett, Aesop Dekker and Sigrid Sheie rip their way through a set of blackened d-beat numbers hasn’t waned a bit, which isn’t surprising coming from a group of metal vets whose combined back catalogs is pretty heavy on monstrously good albums. Yet while the roaring hardcore foundation of the group’s approach is as stable and sturdy as ever, the manic, twisted funhouse they’ve built on top brings an entirely new level of thrill.

With opening track “The Desolate Damned,” Deeper Than Sky gets off to an incredible start, Cobbett’s dizzying cascades of riffs providing a tense backdrop for Scheidt’s barking delivery. It’s an early peak, sending a prominent message that the quartet has only upped their game on the second go-around, particularly as the song reaches the climactic two-guitar harmonization in the final minute of the song. It’s a thing of intense, unapologetic beauty. Deeper Than Sky mostly sticks to a similar d-beat gallop throughout, ably provided with precision and power by Dekker, but there’s a surprising amount of diversity within a deceptively simple framework. “3AM” finds the band aiming for relentless hardcore menace, while the unexpected art-punk texture of “Paino” adds a distorted, virtuoso piano performance to the mix (cleverly hinted at in the title). “Red Chaos” does Slayer better than Slayer did this year, its straightforward thrash-metal terror surging without fuss or regard for human safety. And the title track stretches out the concept to a 12-minute white-knuckle ride, making a sound that usually works best in 90-second increments into an incredible, epic journey.

The 40-second mark of “Lightless Sun” brings Deeper Than Sky‘s greatest moment of triumph. Dekker swaps his d-beat for the kind of lightning blast he employs in Agalloch, while Scheidt & Co. harmonize in a strange, psychedelic black metal gospel hymn. It’s short-lived but glorious, the kind of moment worth waiting through an entire eight-minute song to hear just one more time (it actually only takes about four minutes and some change before they revisit it). But it’s also emblematic of what makes VHOL so different for a supergroup. So often, the very phenomenon can feel reduced to a jam session that feels far more fun for the players involved than the actual listener. Such is not the case with Deeper Than Sky. Oh, it sounds fun alright; how could an entire album’s worth of twisted, psychedelic crust punk creations not be fun to make? But it’s more than that. VHOL aim for and arrive upon something more exciting than the sum of their résumés.