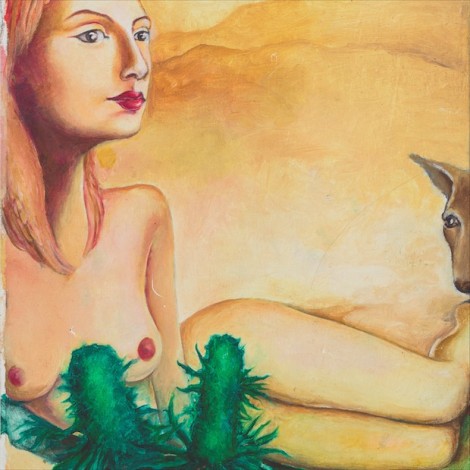 On their properly released follow-up to 2013’s fantastic No Answer: Lower Floors, Nate Young, John Olson and Jim Baljo have apparently decided to pull back their usual abrasion and release a surprisingly approachable affair. Well, approachable by Wolf Eyes’ standards, at least. The very idea of an “accessible” Wolf Eyes album seems absurd, and for good reason. There’s never been an easy gateway to the band’s bulging noise soundscapes; you’ve always had to push your way through those walls yourself. Yet, here they are with I Am a Problem: Mind in Pieces, an easier to digest slab of work that sacrifices none of the band’s sonic inventiveness.

I Am a Problem: Mind in Pieces has an approach and structure similar to No Answer: Lower Floors, with the tracks lurching forward with a slug’s sense of momentum. Yet, the songs on No Answer never dragged, but rather they scraped. I Am a Problem scrapes against the surface as well, but it scrapes against linoleum as opposed to concrete. The vocals are cleaner, the beats are more primitive, and each track boils to a slight simmer as it slowly builds. “Twister Nightfall” shouts with razorblade synths, a constant hammering and a recognizable guitar tone. That last one is not exactly common in the oeuvre of Wolf Eyes, but they’re all over this record.

The sprawling and thudding “T.O.D.D” is named in honor of electronic composer Tod Dockstader, yet it doesn’t pose as a pastiche of Dockstader’s scattershot approach to composition. Instead, it rolls sputtering squawks and drawn out vocals over a steady beat and a drawn out guitar riff. “Asbestos Youth” plays out like a short composition taken apart and exploded, with each piece splayed out and isolated for intense inspection.

The vocals on this album take on a snide sneer rather than a broken glass scream. Lyrics are delivered via a deliberate drawl and the music matches this (with the exception of the exceptional and propulsive “Enemy Ladder”). Listening to this album can seem like entertaining the tired ramblings of a surly cab driver as he escorts you around a bizarre cityscape. If you properly surrender your ears, the vocals eventually fade into the smooth noise and you’ll find yourself wrapped up in the meditative stupor. So, while the album can come off as scattered and lackadaisical, it still manages to represent the appeal of Wolf Eyes without chasing away any wary (but open-minded) newcomers.

Stream the new Wolf Eyes album, I Am a Problem: Mind In Pieces

Wolf Eyes announce new album, I Am a Problem: Mind in Pieces