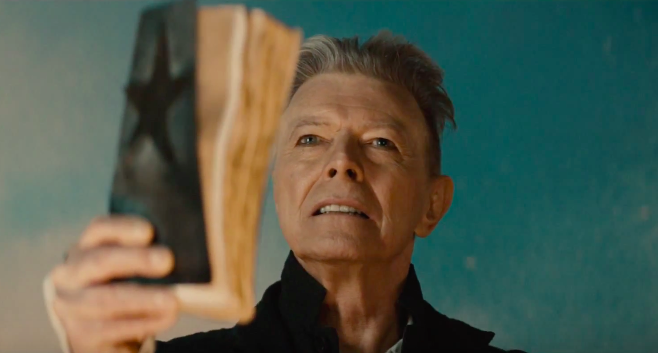 David Bowie is releasing a new album on January 8, titled ★ (or Blackstar, if you prefer to express it in actual words). It’s the first new music that Bowie will be releasing after news broke that he’s essentially retired from touring. The positive outcome of that is that he has more time to dedicate to ambitious new projects. Today, he’s released the video for the title track of the album, via Palladia. It’s an epic, 10-minute long clip that’s extremely bizarre, creepy and features all manner of strange phenomena. It appears to take place in outer space, for one, and features a woman with a tail. Bowie sings with his eyes covered up with gauze (and a couple of dots that look like eyes—even creepier). There’s a dead astronaut, some kind of mystical jeweled skull. It’s crazy stuff. Watch the David Bowie “Blackstar” video below.