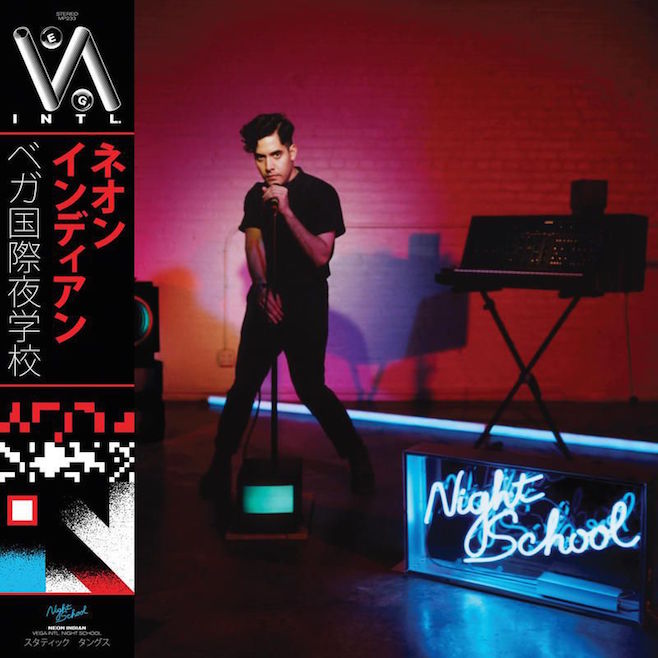 We’re finishing up the year by giving the platform to individual writers to share some their top 10s and personal favorites of the the best music of 2015. Today’s spotlight is on contributor Giovanni Martinez.

Neon Indian’s VEGA INTL. Night School is a great new addition to the catalog. Rather than keep running with the stale trend of chillwave, it sounded like Alan Palomo really did his homework to make something different.

Also, since it came out right as we were making our lists, no one would’ve expected Erykah Badu to bounce back into the spotlight. Her cover of “Hotline Bling” is easily one of the best tracks to be released this year and gives Drake a run for his money. But her mixtape is an entry point into what she has in store next. Possibly a full-length album? I don’t know, but I’m excited to see what unravels next year.

Digging through old records has become routine at this point. There was a period at the beginning of this year where I was heavy into David Bowie. Scary Monsters is easily one of the finest records of the 1980s, and Let’s Dance isn’t bad either! Similarly, after reading her autobiography and learning about her creative process, Patti Smith’s Horses not only lives up to its hype, but manages to be a superb work of art. And with The Replacements having their biggest year in a really long time, I went back and revisited their best records. While Don’t Tell A Soul remains divisive among fans, it has become an instant favorite (and predates the ’90s alt-rock explosion for that matter). I also fully regret not getting into Primal Scream sooner. Screamadelica is one of the most innovative records out there. I haven’t heard anything like it. And somewhere in between all that, I managed to squeeze a bit of Nilsson Schmilsson too.

It’s easy to say that with all the bullshit in the world regarding basic human rights, that Kendrick Lamar’s To Pimp A Butterfly is the zeitgeist record. The album was already hotly anticipated but what we ended up with is a pretty amazing feat. No doubt this record will top most album lists for the enjoyable songs, but also (and hopefully) for its ability to speak to the sign of the times. Along with a plethora of other records that came before it, hopefully this can inspire some dialogue to change the faces of many communities and allow hip-hop to be taken a lot more seriously as an art form.

Just one? Earlier this year, I had the pleasure of seeing the great L.A. band Chicano Batman play a small venue packed wall-to-wall. Though my most memorable experience is probably when I got a FREE ticket off of Craigslist to a sold-out Sleater-Kinney concert (the day of, no less). To top it off, I got to see Fred Armisen play as Ian Rubbish with special guest Bob Mould. The kicker though was that Mould and Armisen were a few steps behind me as Sleater-Kinney ripped through their set. A few weeks later I would end up seeing Ex Hex (Another great band). So it’s almost like I got to see a Wild Flag reunion show (they’ll be back…).