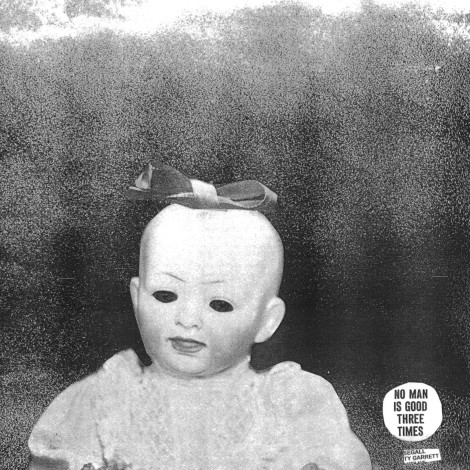 Ty Segall is one of the indie rock universe’s quintessential workhorses. And while averaging about an album a year isn’t necessarily a recipe for consistent quality (just take a look at late-period Robert Pollard—or rather, don’t), Segall is never anything less than listenable. He also manages to avoid predictability. Emotional Mugger, Segall’s latest effort, is relatively within the fuzzy, scuzzy sonic wheelhouse he’s established during his eight-year career but nonetheless boasts a considerable amount of surprises.

The question, I suppose, is whether Segall will drop a truly great album on us, one that makes listeners beyond his core audience perk up and say, “Whoa. Holy shit.” The closest thing to such an achievement up to now would probably be Slaughterhouse (made under the Ty Segall Band moniker). Emotional Mugger, in its screeching-loud, balls-out weirdness, is on about the same level as that record.

Segall establishes the record’s tone early. The first two tracks, “Squealer” and “California Hills,” are both full of jarring tempo shifts and unabashed, unironic high-treble shredding. The former in particular has moments that sound like a demented carnival whose creator spent a shitload of time listening to Fun House and smoking laced weed, and this feeling recurs throughout the record. Segall’s voice adds to that effect, as it’s melodic but somewhat thin, reedy and more than a little creepy. Hearing him say, “Candy, I want your candy” on “Breakfast Eggs” is no one’s idea of a come-on. But it’s not as if you listen to Ty Segall records for the lyrics. You’re on his particular brand of ride for the amphetamine rush of hooks and riffs.

And my, some of these riffs are fucking monstrous, like the early-Zeppelin crunch of “Diversion,” soundtracking Segall’s defiant cry of “I’m back, I’m back, I’m back!” It breaks two-thirds of the way in for a crunchy and fret-murdering solo that you can see coming a mile away but it’s too fun a song for you to care. As for Segall’s lead playing, you could point to literally any track as an example of its sharp immediacy, but the first half of “Emotional Mugger,” “Baby Big Man (I Want A Mommy)” and “Squealer Two” stand out for their ferocity. Segall plays everything himself, per usual, but his axe work really stands out here. (Other things, like his keyboards or his competent but unexciting drumming—not so much.)

Many of the songs on Emotional Mugger don’t fully stand out on their own, (“Diversion,” “California Hills” and “Squealer Two” are exceptions), so the album lives and dies on everything hanging together and that doesn’t quite happen. It sort of peters out at the end, with the midtempo keys-driven closer “Magazine” being a relief after the godawful mix of loops and aimless noodling that is “W.U.O.T.W.S.” (One of my grudges against The Beatles is when indie artists hear “Revolution 9” and think it’s a good idea to replicate. It always sucks.)

I have a sneaking suspicion Ty Segall isn’t interested in making the sort of album I alluded to earlier, a cohesive musical statement. That said, Emotional Mugger does have a sound that is its own, as did the aforementioned sludge-garage Slaughterhouse and his 2013 acoustic lament Sleeper). He likes doing whatever the fuck he wants and he’s pretty good at it. Mugger is bizarre, aggressive and hard-rocking, and while it’s also imperfect and unlikely to make Segall any new fans, it’s a solid effort by one of indie rock’s true originals.