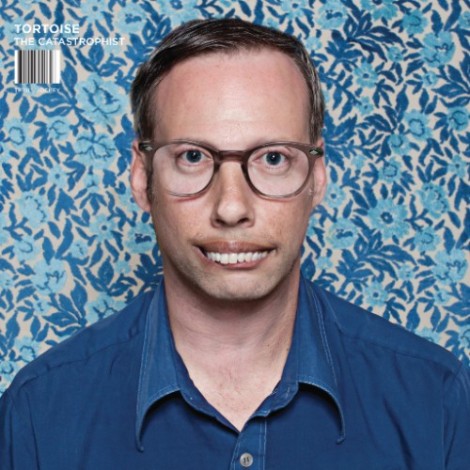 Arguably the most eclectic group in the post-rock cannon, Tortoise‘s return after almost seven years finds them asserting their singular sound without a hiccup. The Catastrophist finds the Chicago quintet soaring on wings of synth, over sinuous basslines, fuzzy guitar chords and exemplary percussion. Like much of their discography, this new album is pleasantly unpredictable, subverting expectations at every turn. Not nearly as cacophonous as the title suggests, The Catastrophist is varied enough to include a ’70s cover-song and some mellifluous lyrics sung by Georgia Hubley of Yo La Tengo.

The ornate compositions from Beacons of Ancestorship are simplified and smoothed over for this new effort. The lead single “Gesceap” manages to retain many of the band’s instrumental traits as they explore something new. Giving a clear nod to Krautrock, the single knits a thick pattern of modular synth while other instruments form the inner core. The title track is a more common habitat for the band, launching the album with one of their perfected improvisations. After a very brief electronic interlude, ruminative guitar riffs are threaded with analogue keys, bass and drums whirling.

The instrumentals on this album are plentiful, and they prove that Tortoise are still the best at whatever it is they do. Carving a niche of experimental rock through seven studio albums. The Catastrophist reveals a sinister side on songs like “Ox Duke” and “Shake Hands with Danger”. “Hot Coffee” indulges their jazz guitar instincts, “Tesseract” sees them dust off the xylophone, while “The Clearing Fills” and “At Odds With Logic” sonically recede into negative space. Ultimately we are engaged with a more domesticated—maybe even accessible—version of the group, but the wildness lingers in some parts.

There are still more surprises beyond the instrumentals, as The Catastrophist contains a rendition of the David Essex mega-hit “Rock On.” Employing Todd Rittmann of Dead Rider for guest vocals, the song seems to take full advantage of power of the bass-heavy original. The cover is both catchy and unsettling, cleaved by a perfectly synthetic guitar solo. And then there is Georgia Hubley’s melancholic croon on “Yonder Blue.” Her voice wades through the group’s muddled churn as though she had been dropped into their cage, singing “It seems the stars are shining / they’re always out there hovering / around the moon.” It almost doesn’t matter what she sings, her voice is sweet relief, glinting like a dying star.

It is tempting to draw comparisons between this music and the land-dwelling, shielded animal. Slowly and steadily, Tortoise have amassed a catalogue filled with fierce innovation. The fact the band can still conjure this novelty after 20 years is a feat onto itself. They seem to thrive on the notion of the unexpected note, avoiding assumed traditions of modern music. The Catastrophist is a testament to this beautiful evolution, marking the metamorphosis of Tortoise, an album that shows them roaming through territory that is familiar and unfamiliar at once.

The Sea and Cake – Runner