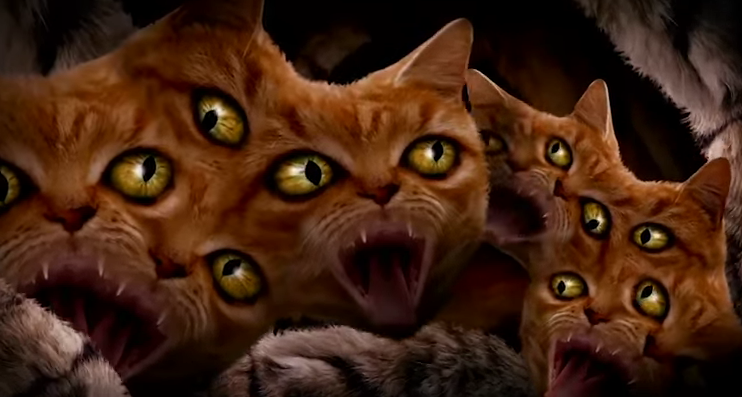 Run the Jewels are in the middle of working on their third album Run the Jewels 3, which follows their 2014 album Run the Jewels 2 (which was our Album of the Year in 2014, just sayin’). In the meantime, the hip-hop duo has another new video to share from their recently released cat remix album, Meow the Jewels. “Meowpurrdy” (aka “Jeopardy”) features Snoop Dogg, Lil Bub, Maceo and Delonte, and its video was directed by Cyriak. And it is disturbing. There are some adorable kittens, sure, but they turn in to mutated cat beasts with extra eyes and heads, and there’s even some kind of regenerating hydra cat thing that vomits up new cat creatures. We highly recommend you don’t watch this under the influence of any kind of chemical. I can haz nightmares?

Run the Jewels 3 is on our list of the most anticipated albums of spring 2016.