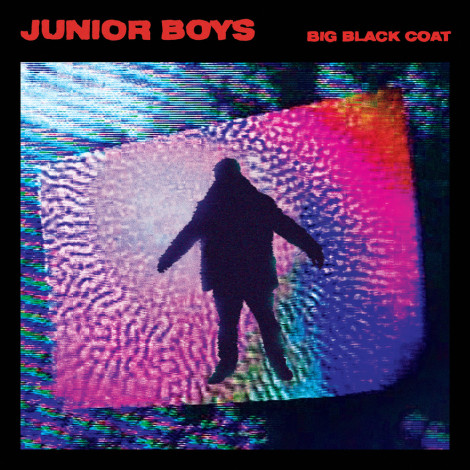 Junior Boys made their debut with 2004’s Last Exit as a band very much of the present, if not a not-too-distant future. The Hamilton, Ontario synth-pop duo seemed neither nostalgia act nor capitalists of a burgeoning disco revival—their debut album was released just one year before LCD Soundsystem’s, but it feels of a different time entirely, devoid of post-punk rawness of post-millennial sneer. This was sleek—even smooth. And that smoothness came to ultimately be their defining quality, particularly on 2009’s Begone Dull Care and 2011’s It’s All True, wherein Junior Boys’ once faint touches of Hall & Oates or Scritti Politti came to be the dominant influences in their work. Which, while not so immediate on their debut, wasn’t a bad thing by any means.

At heart, pop and R&B have always been part of Junior Boys’ DNA, and the primary variable was from which era of those styles the band would pull. On Last Exit it leaned more toward the then-contemporary sounds of Timbaland; on Begone Dull Care, it felt more like ’80s quiet storm. And during the band’s five year hiatus after their last album, singer Jeremy Greenspan teamed up with Jessy Lanza on her similarly soulful debut album, exploring a more contemporary take once again. It’s hard not to assume that experience played some role in influencing the sound of the band’s fifth album, Big Black Coat, a record that finds Junior Boys once again recalibrating their journey toward the future, with only a few key stops in pop music’s past.

To some degree, the first track released from the album, a cover of Bobby Caldwell’s 1979 smooth-soul track “What You Won’t Do For Love,” was a bit misleading. Flashing, arpeggiated synth hooks aside, its nostalgic value on Big Black Coat is a rarity. But it’s also not necessarily out of character. Junior Boys are a pop group at heart, which is what drives their sometimes cheeseball tendencies, which aren’t totally phased out here. No fewer than three songs on the album feature the word “Baby” in the title (plus one called “Love is a Fire”), and Greenspan is every bit as softly, vulnerably romantic, making lines like “Baby, baby/ Hope is for the middle of the night” work in spite of themselves. That’s no small feat.

The aesthetics of Big Black Coat are less softened and smoothed-out than Greenspan’s sentiments, though they’re also maximal in a way that much of their material can be. The booming onslaught of synths on “You Say That” is richly textured and powerful, as if to serve as a reminder after a half-decade of quiet that Junior Boys can still knock a banger when they want to. And they do so quite a few times, like on the slow-build futurist noir of “C’mon Baby” or the heavy clack of beats and twitchy synthesizer textures of the closing title track. In fact, the latter’s one of the weirdest things the band’s ever released, embracing repetition and abrasion in ways they’ve purposefully avoided before.

Big Black Coat is steeped in enough familiarity that it’s not totally accurate to say that Junior Boys are as true to form as they’ve ever been, but their synth-funk feels more overtly progressive in a way that it hasn’t in some time. In 2011, they closed out the relatively accessible and pop-oriented It’s All True with the sprawling, nine-minute “Banana Ripple,” a song that pushed the duo’s limits and suggested some fascinating things to come. Big Black Coat finds Junior Boys following that ripple and riding it out into some refreshingly new territory, all without abandoning the new wave and quiet storm pop influences that gave even their boldest songs a warmth that more than a few synth-based bands could stand to embrace.