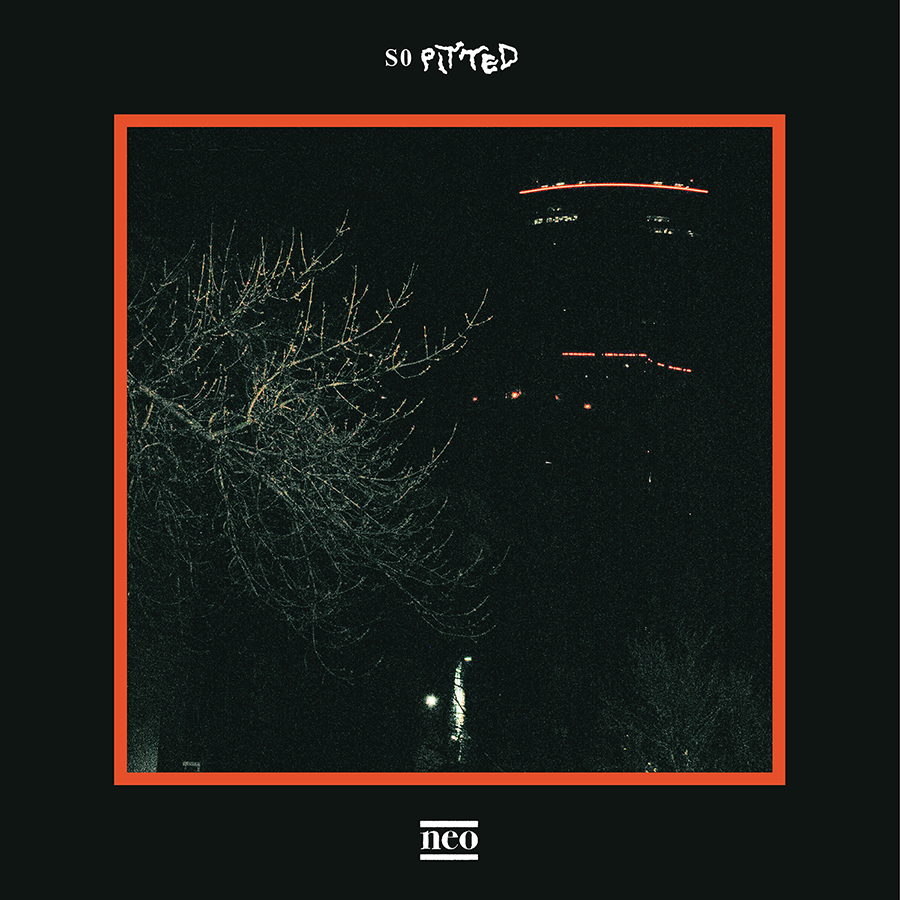 Almost every aspect of So Pitted seems borderline unbearable on paper. The noise-punk trio are named after a YouTube video, lack a singular or cohesive artistic direction and tend to eschew almost every best practice when it comes to recording and producing a record for a post-grunge Sub Pop Records. But on closer inspection all these aspects become glaring benefits. The band’s analysis of the “So Pitted” video, a clip that mostly fixates on the laughable mannerisms of one particular surfer, takes a deeper gaze into the concept of rolling into the “pit” of a wave while surfing; a feeling of going all-in that encompasses So Pitted’s feelings on their music and friendship alike. That notion slams right into their lack of a specific niche or artistic goal, making for songs that cover a wide array of noisy shenanigans yet fit into a powerfully consistent philosophical groove. While we’ll certainly have to wait and see how this careful combination of chaos and clarity stands the test of time, Nathan Rodriguez, Liam Downey and Jeannine Koewler are certainly off to a wild start on their debut LP, neo.

As for that aforementioned recording approach, it mostly stands out as a series of odd choices for an otherwise abrasive punk band: tweaking the snare to sound high pitched and almost comically electronic on “Get Out of My Room,” Devo-esque, chanted vocals on “Feed Me” and the decision to run Koewler’s fuzzy guitar through a bass amp, keeping the disorienting-yet-playful tone high in the mix. (On many tracks here, there’s not a traditional bass guitar anywhere in sight.) But these eccentric choices serve to help neo stand out from the crowd for its 11-track run. Many of So Pitted’s peers in modern punk (a category that includes post-hardcore trio and fellow Sub Pop roster mates Metz) come off as streamlined, straightforward and succinct in their approach to noise. That’s not at all a bad thing and, in the case of Metz or Cloud Nothings, a major notch in the “pro” column. But for So Pitted the wild card element is what makes their sound come together to form a whole that’s both a powerfully noisy mess and phenomenally enjoyable.

No band’s sound is entirely unprecedented, and for So Pitted the patron saint that jumps to mind the most is probably Pixes. This is weird, noisy rock that’s not too interested with pleasing anyone but its creators. But, at the same time, those same creators reference inspiration as wide-ranging as Devo, Smashing Pumpkins, Cocteau Twins and The Backstreet Boys and they inject a deceptive variety of pop-intelligence into their messy songwriting. So even while emitting a tormented line like “every single day/ I take a look at my dreams/ they’re all soaked in piss/ so I lie/ Renewed,” there’s a decent amount of ear-worm appeal to the delivery.

That sort of mix-matched appeal is nothing entirely new, and possibly calls to mind a certain behemoth that rhymes with Cleverkind. But I’d argue neo is a case of similar influences and aspirations, reorganized and re-codified in a daring and almost accidental way, forming something quite viscerally new. Yes, it’s tortured rock by a bunch of weirdos. But it’s chasing a different destination in its brutal abstractions, running after that thrill at the center of the wave when you don’t fuck up the follow through. On neo, So Pitted brace for impact every single time.