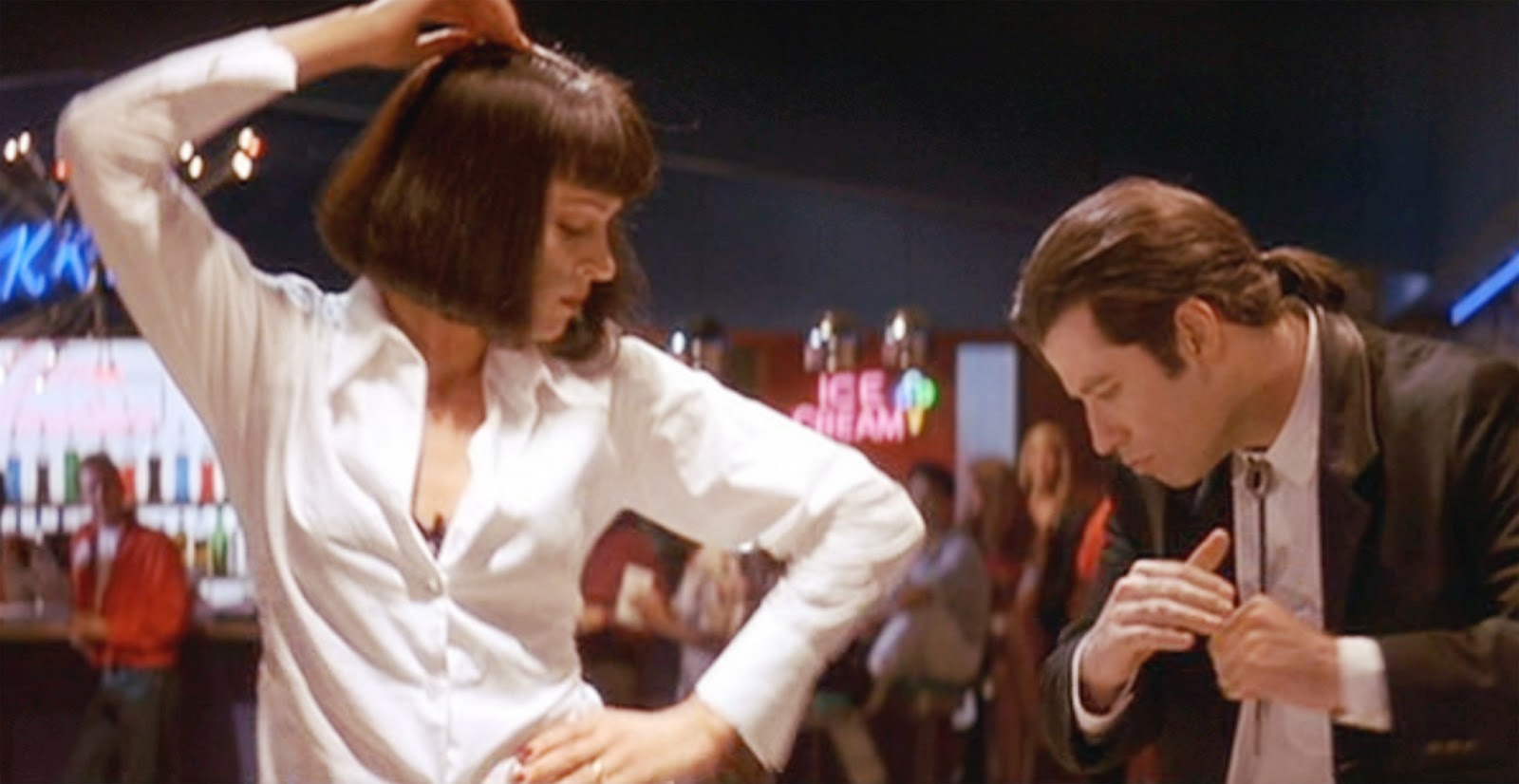 A film isn’t really complete until it includes that one perfect song. The one you seek out the soundtrack for, the one you where you queue up the film over and over again, and the one that becomes a pop culture staple, elevating both the music and its cinematic vessel alike. With the Academy Awards looming just over the horizon, we took it upon ourselves to compile what we’d consider the best songs from movies. (Or, at the very least, our favorites.) In choosing them, we weighed the strength of the song itself, its significance in the movie it came from, and whether or not its inclusion made the movie better. In these 50 cases all three items are checked off, and then some. But instead of delay the proceedings, we suggest you get a big tub of popcorn (artificial butter optional), get comfortable and enjoy our Top 50 Songs from Movies list. Roll film! 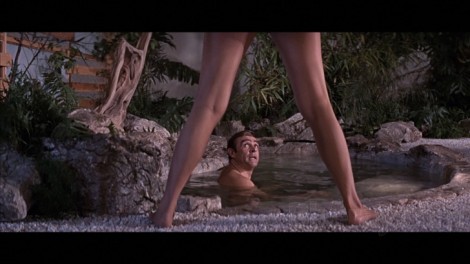 A James Bond film isn’t really complete without a few key elements: A diabolical villain, a femme fatale, some nifty spy gadgets, four or five exotic backdrops and, perhaps most importantly, a great Bond anthem. You Only Live Twice, from 1967, had all of these, and perhaps a few too many of the gadgets for its own good. But its title song is not just one of the best to emerge from the James Bond canon, but in cinematic history. Nancy Sinatra, fresh from the success of “These Boots Are Made For Walkin'” and on the cusp of her mind-bending Lee Hazlewood collaboration, “Some Velvet Morning,” is the artist behind the bewitching, enchanting slice of lush, orchestral pop, produced and orchestrated by veteran Bond composer John Barry himself. It’s a gorgeously intoxicating piece of music (even more so in the version with the dated orientalist themes removed), so much that its reputation precedes the movie from which it was spawned. Neither as joyfully bombastic as “Goldfinger” nor as of-the-moment as the Jack White/Alicia Keys tag-team of recent years, “You Only Live Twice” is mysterious, romantic, almost impossibly cool. – JT 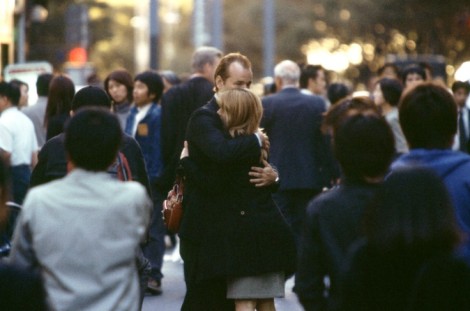 There’s an understated, poetic beauty to Lost In Translation that is just awe-inspiring. Having re-watched the film recently, I can’t say it holds up quite as well as it did when I saw it in the heights of my indie-drama phase two years ago and fell in love. However, its melancholic undertones are still just as present, as the themes of ennui, restlessness, and vulnerability come through in co-stars Bill Murray and Scarlett Johansen’s performances. Considering the film’s emotional underbelly, the reverb-drenched melodicism of My Bloody Valentine’s “Sometimes” may seem like the obvious pick, but ending on “Just Like Honey” signifies this particular sense of hope that director Sofia Coppola tried to lend throughout the film. Life is not inherently meaningless—or it doesn’t have to be, anyway. Such ephemeral moments of human connection bring meaning to banality, and may even give us purpose, if we let them. – BB 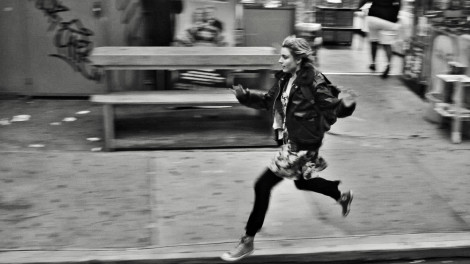 Just about everything David Bowie ever touched was graced with an instant cool, and so it goes with his musical contribution to Noah Baumbach’s 2012 film, Frances Ha. Bowie’s ever-catchy “Modern Love” instantly uplifts the viewer, bringing them along for Frances’ free spirited dance-run through Manhattan. The song soundtracks all of Frances’ (Greta Gerwig) frustrations simultaneously leaving her as she breaks out in a moment of pure ecstasy, throwing her cares by the wayside. Bowie’s “Modern Love” adds the necessary amount of punch to Baumbach’s black and white masterpiece. – VC 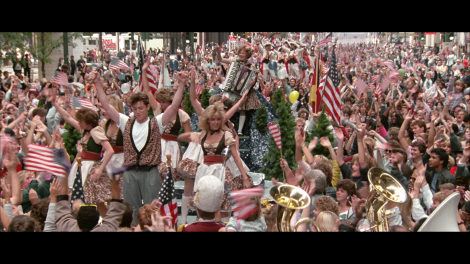 Being a teenager in the ’80s was the coolest thing on earth. At least that’s what it seems like if you only had the films of John Hughes as evidence. Those crazy ’80s kids threw mind-blowing ragers in midwestern mini mansions where teens danced in their underwear and created a hottie with a heart of gold on their computer. It really makes my teen years in the late ’90s and early ’00s, with all the Limp Bizkit and butterfly clips, look like garbage. The ’80s teen FOMO is never so strong than when you watch Ferris Bueller’s Day Off. A major part of that FOMO is the parade scene where that lovable and mischievous Ferris has taken over a float and goes into Wayne Newton’s “Danke Shoen” followed by a crowd rousing lip sync of The Beatles’ version of “Twist and Shout” that gets the entire city of Chicago raging and singing along.  It’s one of the seminal moments of movie history. Your teenage ditch party will never be this cool. – AZ 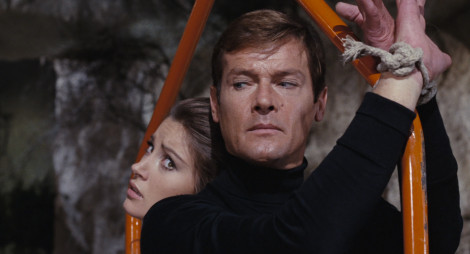 News of the opening theme songs of the James Bond film series has often carried as much cachet as the star, the female foil, the bad guy, and the stunts. The first appearance of Roger Moore as 007 also featured the first theme performed by anyone outside of the worlds of jazz and pop. Longtime Bond producers Harry Saltzman and Albert R. Broccoli approached Paul McCartney to have his new band do the theme even before the screenplay was finished, a make-good on Broccoli’s part after passing up on producing the Beatles film A Hard Day’s Night. McCartney read the original Ian Fleming novel, wrote the song in an afternoon, and recorded it a week later. The return on investment was, in a word, stirring: It was the first Bond theme to hit the top 10 in both the US and UK, it earned a Grammy nomination (as did the Guns ‘n’ Roses cover in 1993), and it was even slated for the rare honor of parody by Weird Al Yankovic. – AB