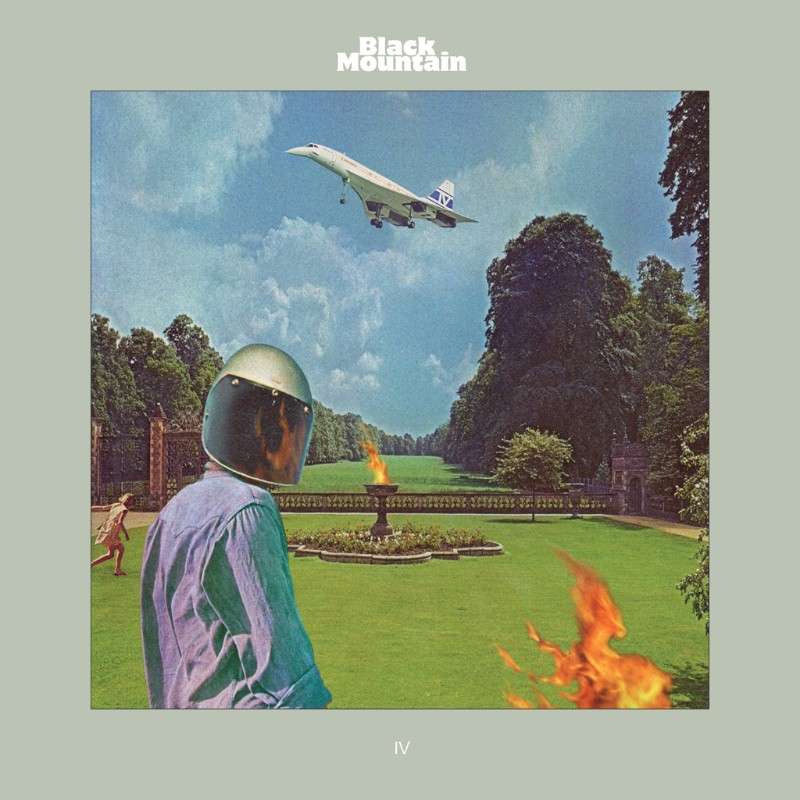 There’s an almost mythical quality to the fourth album. In the annals of history it’s proven in various moments to be the moment where a band or an artist crosses over from good to great or even legendary, be it David Bowie’s Hunky Dory, Queen’s A Night at the Opera, Sonic Youth’s EVOL or Minutemen’s Double Nickels on the Dime. But then again, as in the case of Led Zeppelin’s IV or Black Sabbath’s Vol. 4, it represents a refinement or solidification of musical strengths that were already apparent. Vancouver’s Black Mountain, influenced in large part by both Zeppelin and Sabbath, almost certainly nods to the latter two examples by the very act of naming their fourth album IV. That’s not the kind of thing you do without recognizing the weight of the classic rock iconography that comes with it.

Black Mountain almost bait the listener—and indeed this very writer—into going there within the first 30 seconds of opening track “Mothers of the Sun,” whose central riff sounds a little bit like that of Led Zeppelin’s “Black Dog.” It fades into ethereal synth miasma and dramatic flute melody almost as quickly as it appears, and though it’s not entirely correct to call the invocation of the classic rock canon a red herring, Black Mountain seem to be angling toward a different era of heavy rock. IV is more Physical Graffiti than Zoso, more Sabotage than “Supernaut” (and a little Technical Ecstasy at that), and overall pretty heavily steeped in the progscapes of Floyd, Rush and Yes. As much as they always have, Black Mountain continue to reach into the past in order to move forward, just not always in an expected way.

Stomping onto the shoulders of a few less familiar giants ends up making Black Mountain’s latest batch of songs sound incredibly fresh, if for no other reason than how expertly they incorporate more space and a lot more synthesizer into these melodies. “Florian Saucer Attack” (its title not so subtle in its reference points) is one of their catchiest songs to date, deftly balancing Jeremy Schmidt’s Moog throbs with Stephen McBean’s crunchy guitar riffs and Amber Webber’s expressive vocal performance. It sounds both modern and indebted to the custom van 8-track greats simultaneously, which is a credit to Black Mountain’s ability to build on their influences rather than simply make carbon copies of them. Similarly, “Defector” opens up with a grandiose expanse of ELP keyboard sprawl before it settles into a badass disco strut. It’s a wondrous thing how they manage to make something sound cool and insanely nerdy at once, but such is a rare talent indeed.

IV is on the longer side for a Black Mountain album, running just a little under an hour, which speaks to both its conceptual expanse and the band’s own natural tendency to err on the side of conciseness. To that end, it feels a little longer than it needs to be, particularly how often the band returns to the path of wading through meandering synth weirdness. It all sounds great, of course, but there’s nothing more thrilling than when Black Mountain let the riffs fly and flex their rock muscles, as they do on the meaty, cowbell-clanging rock ‘n’ roll of “Constellations.” It’s not necessarily that those moments are rare on IV, but there’s a certain comfort in having that jolt to the system after blissing out in a cosmic expanse of synth. 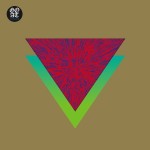 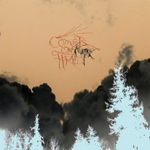