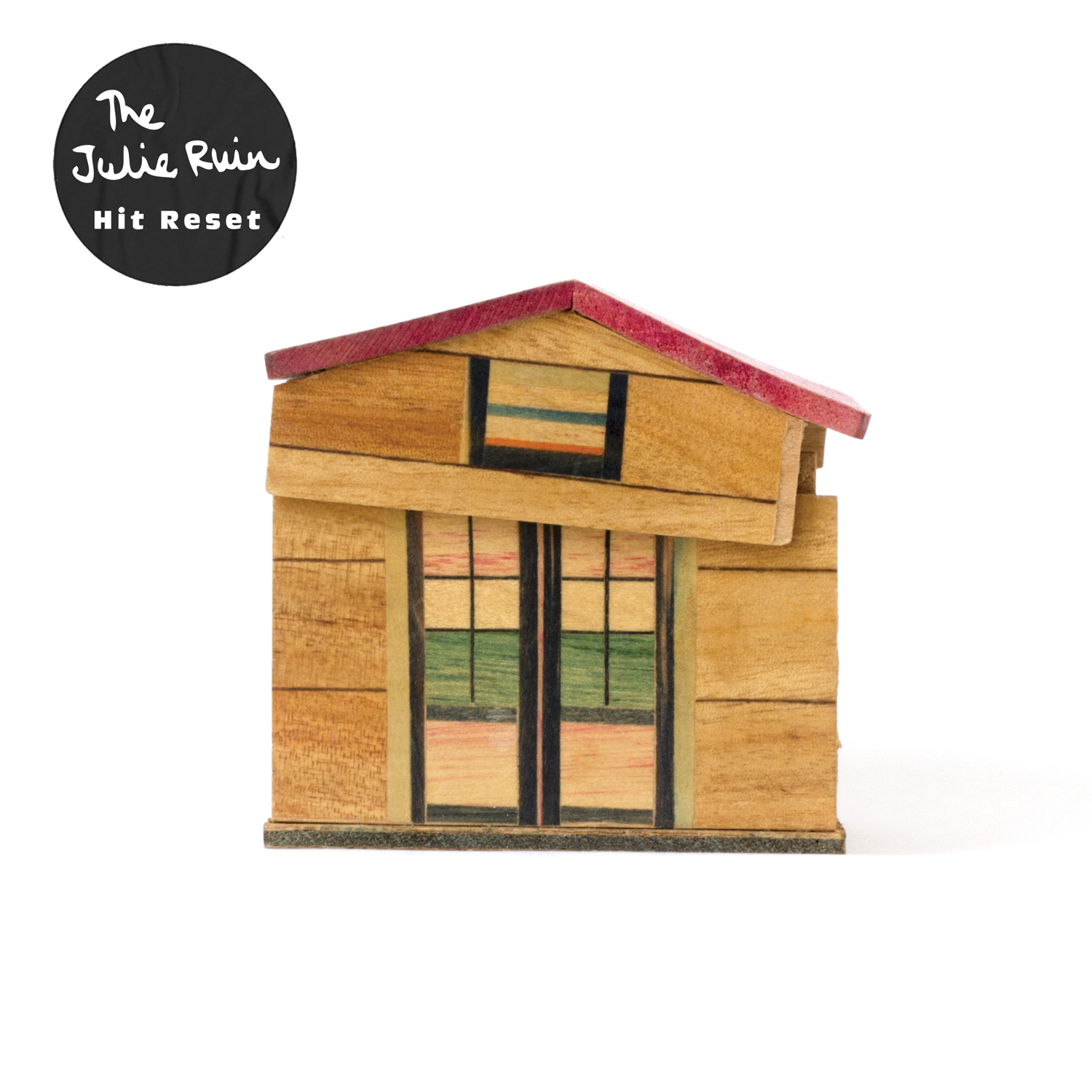 The Julie Ruin is back. Kathleen Hanna’s post-Bikini Kill project re-emerged in 2013 with Run Fast, and now, on July 8, Hanna & Co. will release new album Hit Reset via Hardly Art. That’s the album’s artwork above. The Julie Ruin have shared their first track from the album, “I Decide,” in the form of a lyric video that also features Waxahatchee‘s Katie Crutchfield. It was shot in Austin during SXSW, by the way, just in case the look of the cityscape is familiar. Watch and listen below, and take a look at the album’s tracklist.