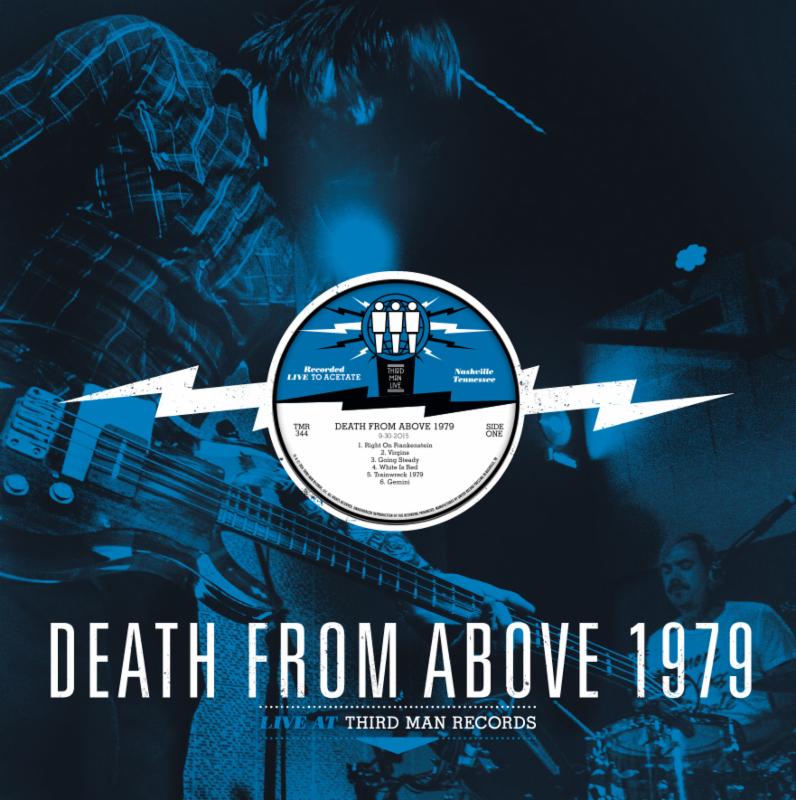 On Friday, Death From Above 1979 will release Live at Third Man Records, their live session from Jack White’s Third Man studio in Nashville, via Third Man. The band has released a new track from the recordings, titled “Right on Frankenstein,” which you can stream below. The band also released a statement about the album, which includes an anecdote about bowling with Mick Jagger:

“We’ve always been wary of live recording experiences because they can end up so sterile and flat sounding and they hardly ever translate the feeling of the actual show. The feeling of the moment. When we were asked to record Live At Third Man Records we agreed without hesitation. If there is one person who knows about feeling the moment, it’s Jack White. He’s the patron saint of vibes. We cut two twenty minute long sets straight to acetate. No second chances. Terrifying but alive. Third Man were such phenomenal hosts and the audience went bananas with us. It was such an honour to be a part of. The whole thing was such a rush, it almost feels like a dream.

Oh yeah, Mick Jagger was there. Did we mention that we went out to dinner with Jack and Mick after and then went bowling until 3am? It’s also worth noting that Jack got the highest score followed by Sebastien. Mick and Jesse tied.”

Death from Above 1979’s most recent album is The Physical World.

Death From Above 1979 Live at Third Man Records tracklist: