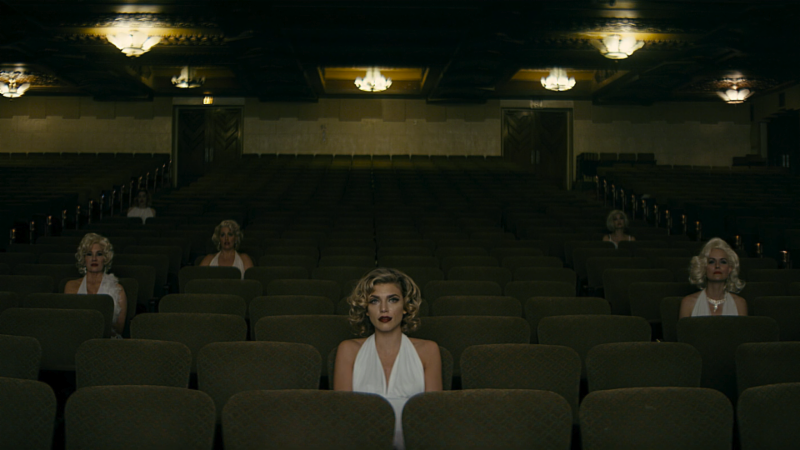 White Lung have shared yet another new track from their upcoming album Paradise. Following the release of “Hungry” and “Kiss Me When I Bleed,” the band has just released the video for “Below,” directed by Richard Bates Jr. The clip depicts the band performing in a large theatre, dressed in their finest evening wear (Mish Way is still a total badass in an evening gown, naturally), in front of a sparse audience of Marilyn Monroe look-alikes.

“I needed to try to do a ballad about glamorous women,” says Way in a press release. “It’s based on a quote by Camille Paglia from an interview she did a few years ago in Toronto. ‘Beauty fades. Beauty is transient. That is why we value it,’ she said. ‘Feminism’s failure to acknowledge that beauty is a value in itself, that even if a woman manages to achieve it for a particular moment, she has contributed something to the culture.’ It’s a song about the preservation of glamour and beauty.”

It’s a surreal scene, but an increasingly emotional one. And it certainly doesn’t hurt that the song itself sounds like a hit. Have a hanky ready and watch the White Lung “Below” video, erm, below.

White Lung’s Paradise is out May 6 via Domino.