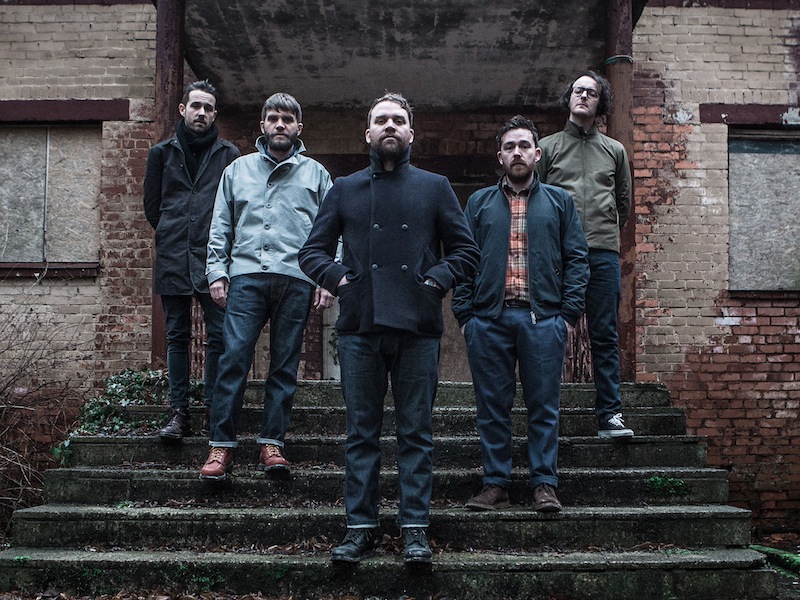 In 1995, in a very freshman-year-of-college way, my European literature survey class started me on a short-lived Gustave Flaubert kick. Madame Bovary, was assigned reading, but I zipped through his Three Tales, on my own. I then bought a Penguin Classics paperback copy of Sentimental Education, and mentioned to my professor after class one day that it would be the next one for me. Dr. Price, a product of West Point who retained a military cadence to his voice, ordered me not to read it just yet.

“It won’t make sense to you now,” he said. “You’ll need to be older to really understand it.”

It is strange when you are young to be told to value time that’s not the present, and looking back on it, I wonder if being reassured you are the future is preferable to actually living in it. To be told to wait 20 years to read a novel rang a discordant note, but I listened to Dr. Price. As for music, I’ve never been dissuaded from an album because someone felt I lacked perspective, nor have I offered an opinion to someone based on their age or experience. Even then, the 1960s-era albums given to me by record store clerks were unwrinkled and fresh to me.

Now, two decades on, if I were to caution a young listener, I think it might be Painting Of A Panic Attack, the latest album from Frightened Rabbit, which streamed onto these shores on April 12. All the five LPs released by the Scottish band, led by lone permanent member and songwriter Scott Hutchison, are uneven efforts. But the songs that work on their previous albums—”The Twist,” “Poke,” “Keep Yourself Warm,” “Good Arms vs. Bad Arms,” “Swim Until You Can’t See Land”—are gloomy, yet soaring anthems about desperate people seeking a connection to each other. Hutchison’s love songs, even in lines such as “it takes more than fucking someone else to keep yourself warm,” sound like a pissed-off line in a letter, or something bitter and pity said to a bartender as she pours you a Old Overholt with a Miller High Life beer back.

Listening those songs—which I do often, I think they’re great—a phrase that I’ve heard all my contemporaries say, “I used be able to get drunk and be OK the next day” will come to mind. Hutchison’s best mixture of self-laceration and sexual longing, The Midnight Organ Fight‘s “The Twist,” is an immediate kind of desperation. “Let’s pretend I’m attractive and then/You won’t mind, you can twist for a while/ It’s the night, I can be who you like/ And I’ll quietly leave before it gets light.” That sounds like it was written in a diary shortly after he got home, but what happens when you read the entry 10, 12, 15 years on?

Maybe you get the disarmingly catchy and unsubtly titled “An Otherwise Disappointing Life,” in which an indie-Prufrock burns his “tepid” letdown in fire and hopes that a fresh start rises form the embers. It’s not the most original of metaphors, granted, but it’s direct, any emotional heft has to be added by someone who has strung together regrets—serious regrets. It’s depressing to think that 14-year old Frightened Rabbit fan would claim it as a favorite song. The very next song is the brisk, three-minute “Break,” where Hutchison sings that “there’s nothing worse than realizing who you’ve hurt.”

Again, anyone at any age who’s not a complete sociopath can relate to that line, but to cast a simple line, about such a stark emotion, when you had plenty of “debris of a bitter past” requires a long look in the rearview. Following the break is the mellow menace of “Blood Under the Bridge,” about the aftermath of not so much a couple’s disagreement, but the accumulation of arguments. Any hope for contentment stems from “making the best of a flaw.” It sounds like surrender in hopes of an uneasy peace.

I can’t really say if I would tell a teenager not to listen to Painting of a Panic Attack. After all, I still haven’t followed Dr Price’s advice allow the way through; Sentimental Education is wedged on the middle level bookshelf, the spine still stiff. What’s more, would I recommend the album to young me? What would I say if I did so?

Regret seeps in just thinking about it.