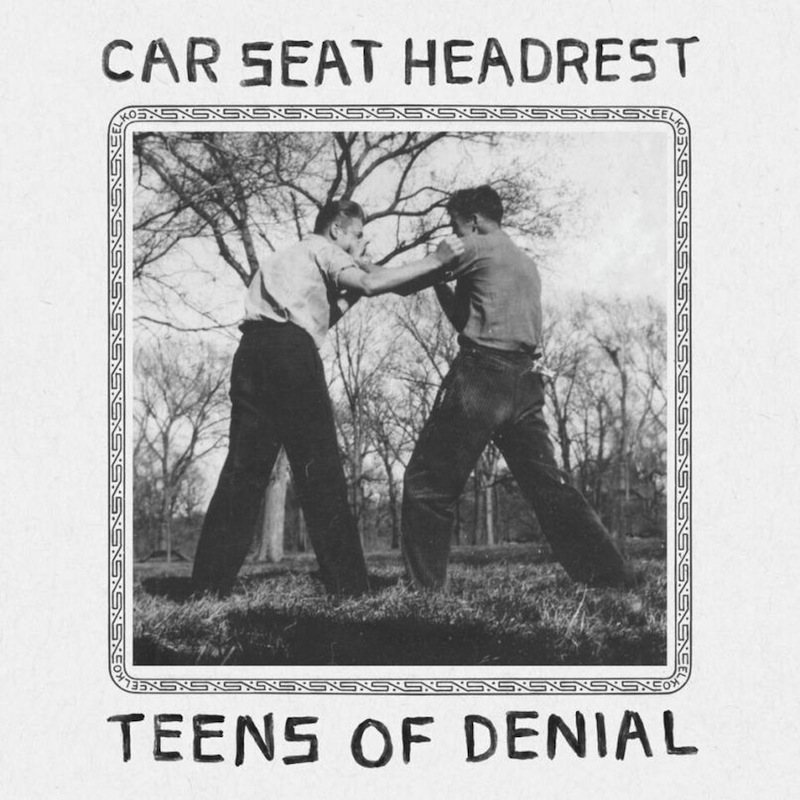 The week before Car Seat Headrest was set to release their new album Teens of Denial, Matador Records was forced to pull dozens of boxes full of CD and LP copies from shelves, ultimately to be destroyed. The thing holding back the album was about a minute of The Cars’ “Just What I Needed,” sort-of semi-covered in the group’s song “Just What I Needed/Not Just What I Needed,” for which The Cars’ Ric Ocasek wouldn’t allow legal authorization for use on the album. It’s a harsh setback to be dealt just before releasing what very likely could be a breakthrough album—Will Toledo’s first set of new music with a full band for a prominent indie label—and a particularly complicated example of the sorts of obstacles that young artists face in an increasingly changing, increasingly unfriendly music economy. Toledo, in his articulate yet matter-of-fact voice, summarized the situation in a statement on Facebook: “Life happens and sometimes not in ideal ways.”

Though said in the context of a specific incident, “Life happens and sometimes not in ideal ways” could be the secondary title of Teens of Denial, Car Seat Headrest’s first proper album as a full band. From the dawn of the ’10s, Toledo began recording and releasing self-recorded albums via Bandcamp under the name Car Seat Headrest, and since then he’s grown up a bit. He was a teenager when he began, in his early ’20s now, and with his newest set of songs he’s put to stunningly eloquent verse a litany of anxieties that befall a young person uncertain of his place in the world.

Toledo sings of uncertainty, pain, depression and embarrassment like someone who’s spent an uncomfortable amount of time getting comfortable with societal and psychological ailments. By the first chorus of the first song, upbeat single “Fill in the Blank,” Toledo is yelping “You have no right to be depressed! You haven’t tried hard enough to like it,” only to later conclude, after all that, “I have a right to be depressed!” It’s a tone-setting opening scene for the saga of a young man on an uncomfortable and epic rite of passage, battling his own confidence or lack thereof, and overseeing a sparring match between adulthood and the dying embers of teenage rebellion.

Over Teens of Denial‘s 12 tracks, Toledo sometimes belts out punk rock slogans (“We’re never gonna get a job!“) and often finds any available way to dull the pain (“Drugs are better with friends are better with drugs…” goes the looping climax of the ludicrously long-titled “(Joe Gets Kicked Out of School for Using) Drugs With Friends (But Says This Isn’t a Problem)”). More often than not, though, Toledo’s escapes are fleeting. That same song depicts a mushroom trip as yet another notch on a long series of disappointments: “I felt like a walking piece of shit/In a stupid looking jacket.” A less-than-sober drive home from a party in “Drunk Drivers/Killer Whales” turns to a philosophical meditation on the human race, and in “Vincent,” he observes a portrait of Vincent Van Gogh while self-diagnosing depression via Wikipedia: “Well, it helps to describe it.”

On a musical level Teens of Denial is ironically, spectacularly at odds with the self-conscious, insular narrator at the center of it all. These aren’t introverted, basement-recorded lo-fi ballads. Neither were Toledo’s self-released recordings, which were incredibly ambitious for being D.I.Y. Yet the sheer scope and sonic breadth of the album gives it a sense of both celebration and importance; it’s a veritable young-man-figuring-his-shit-out odyssey, and it sounds amazing. The driving, seven-plus-minute “Vincent” is a powerful psychedelic ride fitted with horn-section accompaniment, while “Drugs With Friends” goes from breezy indie groover to towering anthem, no doubt a parallel to the self-medicating happening in the song’s narration. And though it feels a little like a non-sequitur in the context of the rest of the song, the chorus of “It doesn’t have to be like this/Killer whales!” in “Drunk Drivers/Killer Whales” is the most heroic moment on the album. Or, at the very least, top three.

Will Toledo & Co.’s ambitious approach reaches a dizzying 11-minute climax on the incredible “Ballad of the Costa Concordia,” a complex epic on the scale of Dylan’s “It’s Alright, Ma (I’m Only Bleeding)” or Titus Andronicus’ “The Ballad of Hampton Roads,” addressing and seemingly encompassing everything at once. It’s an epic poem of bad feelings and hard lessons, Toledo asking a long list of rhetorical questions such as, “how was I supposed to know how to use a tube amp?/ How was I supposed to know how to drive a van?/ How was I supposed to know how to make myself dinner every night?” and, nodding to the cruise ship disaster referenced in the title, “how the hell was I supposed to steer the ship?” The punchline? “I give up!” Yet that this album exists in such overwhelming form—energized, inspired, self-aware and rocking harder than the lion’s share of indie rock records in 2016—is proof positive that there’s a happy ending, documented or not. Though the legal complications surrounding Teens of Denial suggest that the growing pains are never over, the emotional catharsis and purely pleasurable listening experience it provides can’t be brought down by copyright law, its 70-plus minutes providing a long-absent reminder of the emotional power of a simple rock song. I think it’s just what we needed.