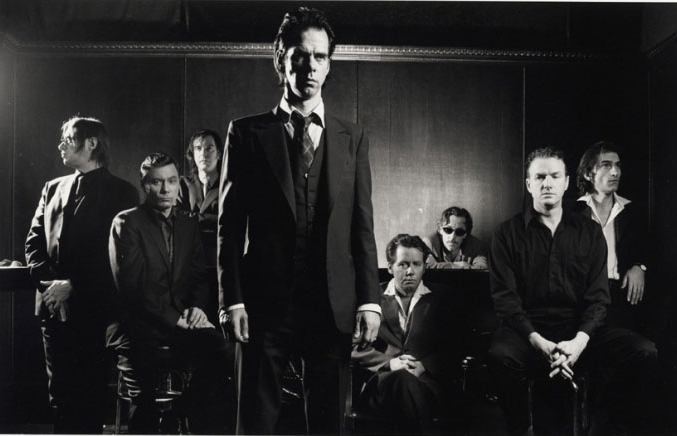 Nick Cave and the Bad Seeds will return this fall with a new album and a new film. The Laemmle Theaters website on Friday listed an untitled film from Nick Cave and the Bad Seeds, which is slated for release on September 8, and will be accompanied by an album set to be released the next day. The film, according to a Pitchfork report, depicts the band performing the songs from the album. This will be the first venue in which fans can hear the songs from the album, and no singles will apparently be released from the as of yet untitled album. Laemmle offered a statement about the film:

“The record has an intimacy and starkness that the film’s photographic style will reflect. It will be shot in black and white, color and 3-D. The idea is to create an experience that is immersive but also elegant, that feels both immediate and archival.”

Nick Cave and the Bad Seeds’ most recent album is Push the Sky Away.

Read our Celebrate the Catalog feature on the discography of Nick Cave and the Bad Seeds.