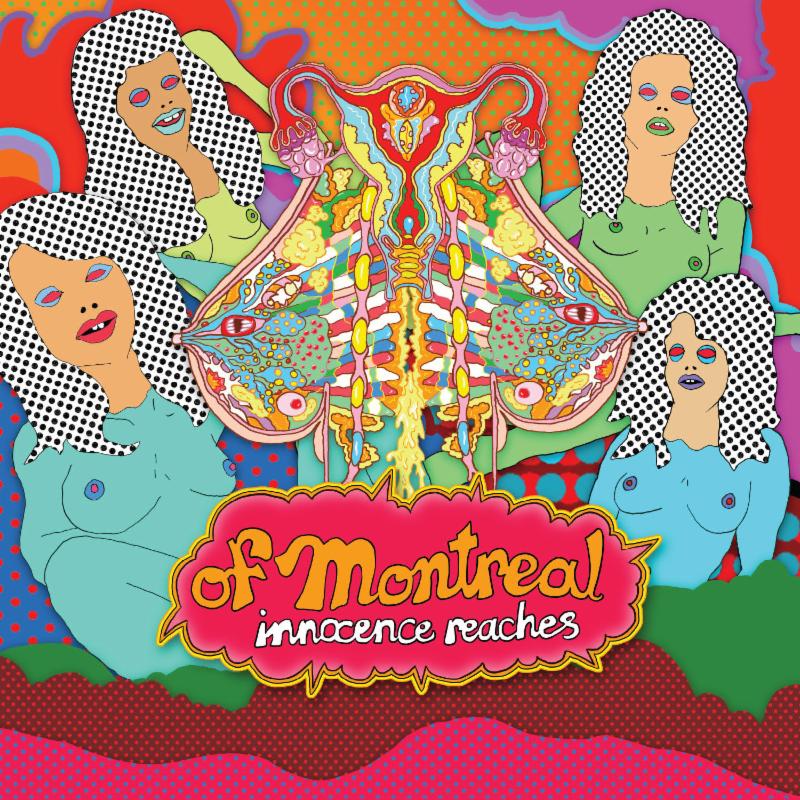 On August 12, Of Montreal will release new album Innocence Reaches via Polyvinyl. The album finds Kevin Barnes once again taking a shift in his approach, with a new focus on electronic dance sounds. That’s the album’s artwork above.

“Forever I’ve been detached from current music,” Barnes says in a press release. “I got into this bubble of only being in some other time period. I came up picking apart the Beach Boys, the Beatles, and symphonic pieces. But last year, I was hearing Jack Ü, Chairlift, Arca, and others, thinking about low end and sound collage. It was an extra layer to geek out on.”

Of Montreal have released a new song, “It’s Different for Girls” (not the Joe Jackson song), which premiered via Zane Lowe on Apple Music. Stream it below.