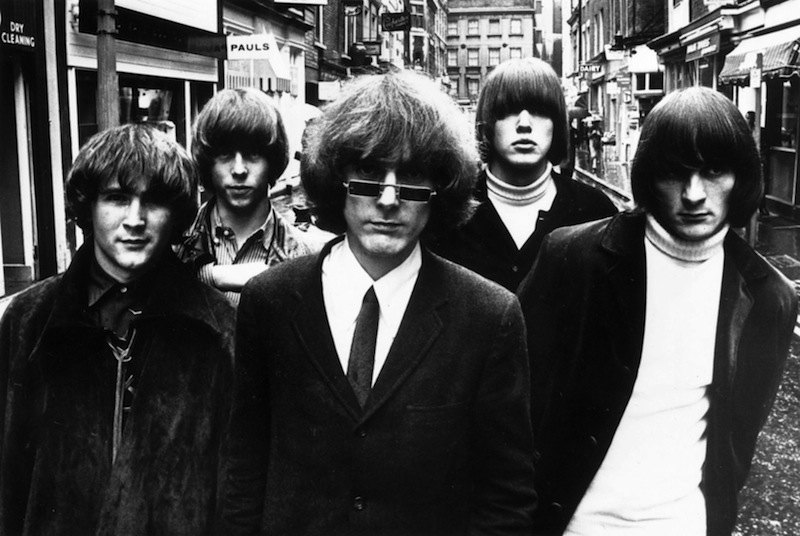 In 1987, when magazines still advertised subscriptions on television, Time had one aimed it right at the 40-year-old sentimental souls of baby boomers. First a friendly female voice tempted viewers with an offer of Time embossed luggage set complete with a garment bag made from “parachute nylon.” And that’s not all, as they threw in a quartz travel clock, yours free if you called the 1-800 number. Next came the plangent 12-string Rickenbacker guitar ring of the Byrds’ “Turn! Turn! Turn! (To Everything There Is A Season)” which heralded a series of sentimental images from the 60s to the 80s synced to the song’s Book of Ecclesiastes inspired lyrics.

The song, which hit number one in December of 1965 features the word “time” quite often, which undoubtedly did not escape the notice of some innovative genius at an advertising firm. The “time to be born” is set to a foal galloping alongside of a full grown horse, while “the time to die” accompanies a pensive-looking woman reading a issue of Time with “Vietnam: 10 Years Later” as the cover story.

I was 10-years old in 1987. I rewatched it this week on YouTube, and while I didn’t recall the images, I clearly remembered being drawn to the song. I already heard “Turn! Turn! Turn!” on a Hartford, Conn. oldies station, but the images set to the music probably did something to my MTV, music video-primed brain. It’s hard not to succumb to the usual phrases to describe Roger McGuinn’s 12-string guitar sound, so please forgive me, but I liked how it chimed and, yes, jangled.

It’s like a lot of things when you’re young, you experience feelings that you can’t connect to words that you know. It’s frustrating, because you sometimes think if you can’t articulate it, the feeling isn’t made manifest in the tangible world. That’s not true, I know that now. I’m not sure, but I think that’s why music and songs affect us so. It makes emotions real without having to answer anybody’s questions.

A few years later, in high school, I learned the ad and the song also made an impression on my friend Dan Mickus, whose record collection I eyed with envy every time I visited his house.  remember him telling me in some after school conversation, that’s also where he first took notice of McGuinn’s signature instrument and sound. I also thought that shared “Turn! Turn! Turn!” experience formed the foundation of our friendship back in 1991. We were great friends in those days and we liked all the same bands, though these days, we have not talked in for more than a few years.

“Well, if you say so,” Dan laughed over the phone from his home in Greenfield, Mass., where he now lives with his wife and two young daughters. “I don’t remember you and I having that conversation, but I remember being moved by that advertisement at that age.”

Dan, who was a year ahead of me in our high school in southeastern Connecticut, said that the Time ad was among the first things that got him thinking about culture and society, but as a budding musician it was “Turn! Turn! Turn!” that lingered with him.

“I liked how it had a non-aggressive sound,” Dan said. “(On the radio then) there was all this hair metal, glam metal ,all that masculine music, and here was something that was sheer beauty….It was so different to me, it was joyful and mystical.”

Dan also told me that McGuinn’s opening riff remains meaningful to him.

“It lunges at something, then it pauses, then it lunges again,” he said. “It’s like approaching something in the dark even though I’m not sure what it is, but I keep getting closer.”

Dan played guitar in a garage band when were in high school and a great many of our adventures were in orbit around the group. It makes me happy he’s still in rock bands. Dan plays both his 6- and 12-string Rickenbacker in a band called Daniel hales and frost heaves that gigs all over Western Massachusetts.

The music we like. That struck me. After all this time, after one of us turned 40 and another is about to, after being in contact and then losing touch, that there’s still a “we” and it had to do with music, with records and songs we both like.

There’s a purpose to it, and I swear it’s not too late.