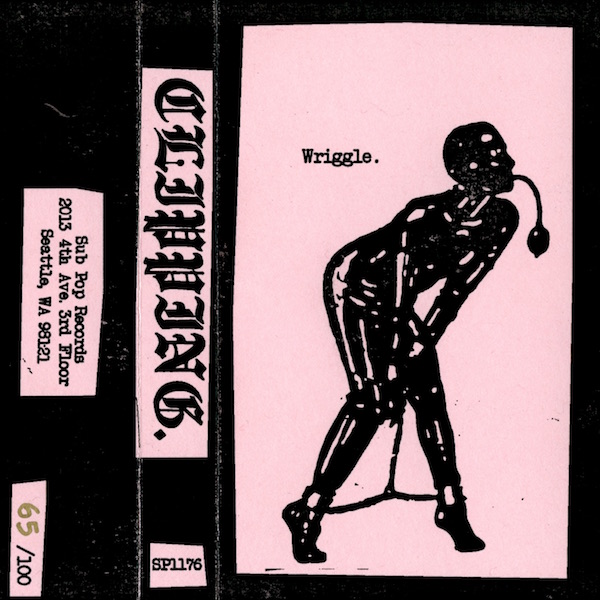 Fresh off of winning a Tony award for his performance in Hamilton, Daveed Diggs is back with his noisy industrial-rap outfit clipping., who have just released a new EP titled Wriggle, via Sub Pop. That’s the sort of disturbing BDSM noise-cassette artwork above. The full EP is available to stream via YouTube, and purchase digitally, and you can hear the whole thing via the embed below. It features guest appearances from Antwon and Cakes Da Killa, and it’s a pretty intense, noisy affair, as we’ve come to expect from the Los Angeles hip-hop outfit. Later this year, they’ll release a new full-length via Sub Pop/Deathbomb Arc.