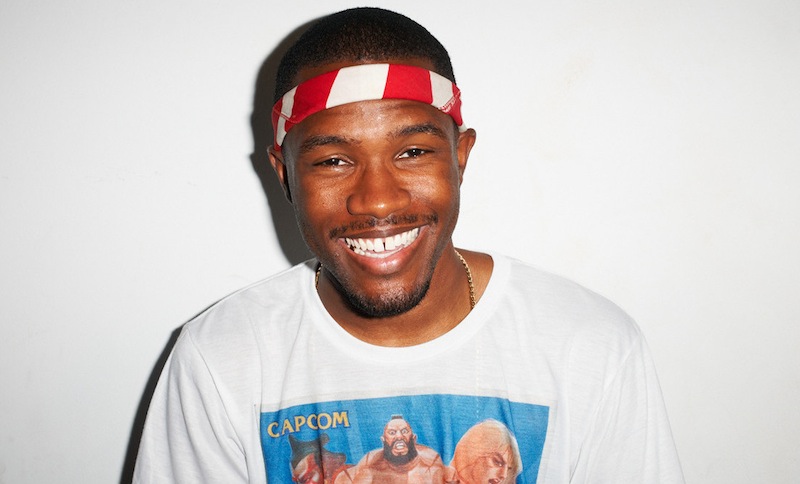 About two weeks ago, Frank Ocean did something that, depending on who you ask, was an idiotic stunt, the most pretentious piece of performance art this year, a piece of vague meta-commentary on the absurdity of the album release cycle, or some combination of all three. Or something entirely different. Disappointment ensued. Many thinkpieces were filed about what many assumed to be some artsy-ass lead up to Ocean releasing his second studio album, Boys Don’t Cry, but turned out to be him building speakers in real time. I wrote this at a deliberate remove from the event’s immediate aftermath, so as not to file a rushed opinion that, at the time, probably would’ve been WHAT THE FUCK typed repeatedly in 48-point font.

There are several groups with vested interests here: The critics who penned hyperbole- and superlative-laden reviews of Channel Orange in 2012 probably want to ensure that their enthusiasm was warranted, and now aren’t sure what to think. The fans don’t want to be disappointed. People who don’t like Ocean and/or consider him to be some sort of hipster fool’s gold—many of whom spent a lot of time in 2011/2012 bitching about “PBR&B”—want their suspicions validated, and are preparing to type the most snide “I TOLD YOU SO” tweets they can imagine.

That only covers some of the whacked-out opinions surrounding Frank Ocean, and unless he’s the most bubble-ensconced musician in the history of bubble-ensconced musicians (he isn’t; among living artists I think Jaden Smith or Axl Rose probably take this prize), he’s gotta be aware of all of them. And a dude who’s made his name on being emotionally rich and vulnerable is most likely much more so in public, so it’s no wonder the weight of these expectations have whipped him into a tailspin from which he has yet to extricate himself.

It’s as unclear to us as it likely is to Ocean where exactly he fits into the pop music landscape. For all his facility with hooks—just as present on early singles like “Novocane” as on more meticulous Orange cuts like “Pyramids” and “Pink Matter”—he doesn’t appear interested in pandering to critics or least-common-denominator pop fans. Channel Orange was an album of immense ambition and emotional depth that’s also fairly uneven and not much fun to listen to in certain places. I’m sure Boys Don’t Cry won’t be any different, and it may have even fewer concessions to pop audiences.

As someone who’s listened to Ocean’s music since the Nostalgia, Ultra mixtape, I’m fascinated to hear what that sounds like. (Yes, I wasted my time watching the live stream, and felt supremely foolish doing so.) But if it ends up sounding like the work of someone who’s sorta had his head up his ass for four years…well, I can’t be too disappointed, because he has. Plenty of great artists have. Prince—who Frank Ocean’s most hyperbolic fans probably consider him the heir apparent to—did for years-long stretches of his career. I’d say the odds are about even regarding whether we get an instant classic or a “difficult,” inaccessible-by-design record with Boys Don’t Cry, but no one will have a clue until it comes out.

The shadow that Ocean casts over the musical universe is considerable, and it serves to highlight this year’s relative lack of albums that unite wide swaths of listeners. There have been many good albums and even a handful of great ones, but only two—LEMONADE and The Life of Pablo—forced just about everyone you know to have an opinion on them, even if said opinion involved insisting in a VERY LOUD VOICE or in No Uncertain Terms Online that they had no opinion on those albums.

We could use another album like that. That’s part of why we want Frank Ocean to give us one so badly. Of the artists typically categorized as meeting various Pop Star criteria, he’s the only one confirmed (or very likely) to be releasing a record that’ll reach beyond the diehard fanbase—notwithstanding a sudden Lady Gaga breakup album. (Which I suppose is a very real possibility, and breakup Gaga is the absolute best Gaga.) Ocean’s music isn’t perfect, but it’s definitely big enough to bring people together like the best pop can, and its continued absence from our ears grows more vexing by the day.