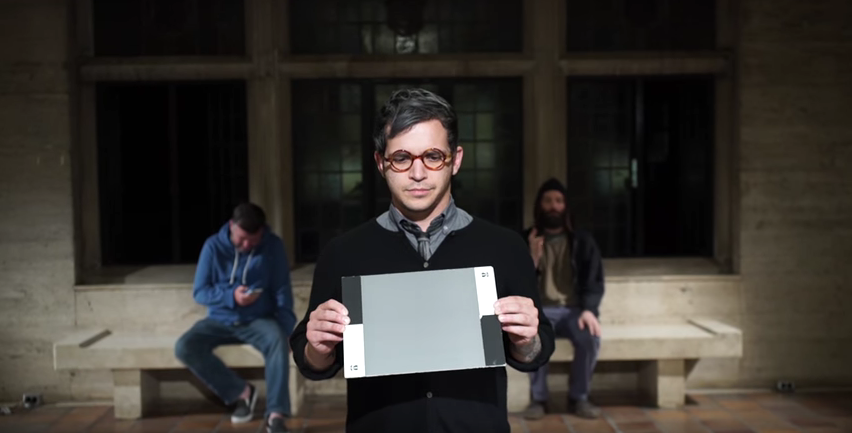 END XIAN is a new collaboration between members of Empty Flowers, Rosetta, Starkweather, Khanate and Brutal Truth, and on August 5, they released their debut album Soft Rock. It’s a dense mixture of the heaviness of those bands mixed with an electronic, elegant sensibility and today, Treble is premiering a new video from the album, for highlight “Beseech.” The clip is directed by Edward Ballinger, and features a collage of visuals that all seem to be broadcast from a central satellite mission control center. There are lots of closeups of people looking tired or in despair, cut with analog distortion effects and a theme of surveillance.

“‘Beseech’ was written from the perspective of a purse snatcher,” says END XIAN frontman Christian Alexander. “Everything about this song was built off of improv and from being in the moment. In general, I was quite surprised with how angry, noisy and violent the record turned out. It wasn’t my initial intention. This record is my rallying cry! I feel very fortunate to have the players I have with me. The video loop was created by The Professor of Propaganda, Edward Ballinger.”

Director Edward Ballinger also added a statement about the clip: “To be very honest I was trying to be true to what I was witnessing; the emotional turmoil, the weirdness. People say that bands are like relationships but they’re also like invasions from outer-space or or volcanic eruptions on the deepest seabed. I believe that the infinite is approaching a tipping point and soon there will be a maturing of health the likes of which the dreamscape has never seen. End Xian’s post-industrial minimalist soundscape pays sonic homage to the atonal sound design of SPK and the lofty flights of of kraut pioneers like Cluster & NEU that connects on a deep level to all theses energies. Today, science tells us that the essence of nature is aspiration. If this is true then that is what we were striving for. That is what I continue to strive for in all my work.”