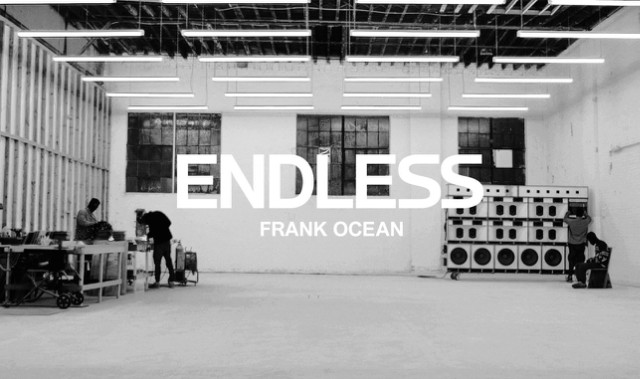 Pitchfork reports that Frank Ocean has just released a new 45-minute “visual album” titled Endless. The Pitchfork report states that a representative says to “keep an eye out this weekend for more from Frank.” The video features the warehouse that was in a recent livestream broadcast at boysdontcry.co, in which he built a staircase. Riveting stuff. It also includes new songs, though as far as what the status of new album Boys Don’t Cry is, that remains to be seen.

Update: Rolling Stone reports that Boys Don’t Cry is a separate album that will be released this weekend.