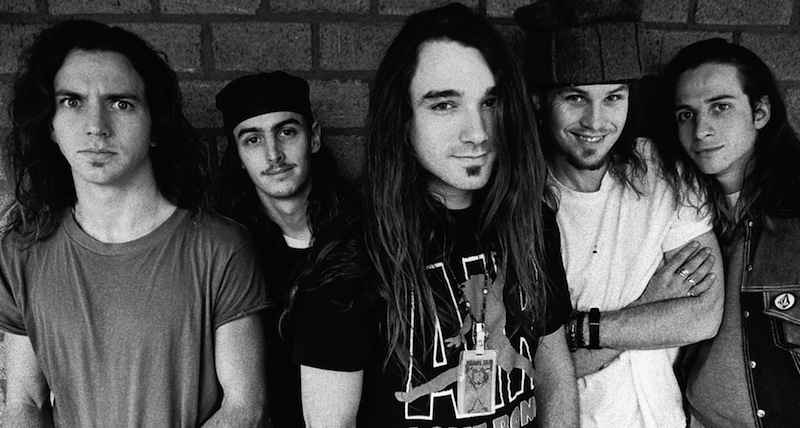 This week’s topic: Sometimes it takes a while before we fully warm up to our favorite albums. The first time we listen, they don’t make sense, or we don’t really know what to make of them. But over time, they come to be a part of our own personal canon. They change how we listen, and become treasured relics as a result. In short, they grow on you. What are your favorite “grower” albums?

Chad Gorn: My introduction to grunge was via my brother’s friend, who had dubbed Mudhoney’s Superfuzz/Bigmuff EPs and Soundgarden’s Louder than Love to a cassette in 1989. Seventeen-year-old me grabbed on to that sound and began mining all that Sub Pop had to offer, discovering hidden gems like The Fluid, Tad and Nirvana. So when Pearl Jam hit the scene with Ten in 1991 and launched the sound—and look—into the mainstream, I rejected them as a polished, derivative, comparatively glammed-up version of this movement that I felt so connected to and possessive of. Pop radio and MTV got the better of me, though, and as each single was released, my interest piqued and, eventually, peaked. I had to admit that their popularity was not a result of a manufactured and calculated marketing, but of timing and talent. Ten stands as one of the most celebrated debuts in rock history, and though Pearl Jam is at least partially responsible for tweens in plaid flannel in the early ’90s, it was the audience who sought the band, not the band who sought the audience.

Patrick Pilch: I blindly downloaded My Bloody Valentine‘s Loveless after a recommendation from a musically knowledgeable family friend. It was my sophomore year of high school. “What is this?” my dad asked while “Blown a Wish” was playing in my room. “It sounds like crap—I can’t even hear her.” I didn’t get why he didn’t like it, considering he was the one who introduced me to OK Computer on the way to my peewee soccer games and bumped Clash anthologies in the back roads of our cookie cutter suburbia. At the time I thought how he may find other tracks like “To Here Knows When” or “Loomer” to be borderline unbearable, but this song, “Blown a Wish,” was utterly beautiful. I just didn’t understand. The shoegaze staple would be an album I would constantly find myself gravitating back to, appreciating a track or two more upon each revisit; “To Here Knows When” after finding it impossible to listen to “When You Sleep” without a preface, “Soon” upon listening to the band’s Glider EP, and “Sometimes” after watching Lost In Translation. It took me up until about a year ago to completely “get” Loveless. “Come In Alone” was the final track appreciated, greeted with a wave of hair-raising goosebumps and a resounding “holy fucking shit.”

Giovanni Martinez: If there’s one album that I can remember I had a hard time listening to, the first time, it’s Aphex Twin’s Selected Ambient Works 85-92. And this didn’t take a few listens or months, but a few years. At some point, my electronic music knowledge was low, I didn’t pay much attention to it and didn’t really care. When I started listening to more electronic-based artists, I figured Aphex Twin was the way to go. But for a moment, I didn’t see or understand the hype; I had listened to his debut and the Richard D. James Album and gave them both a big “Meh.” To me, it just sounded like a Nintendo making weird music. Eventually, my music palette became a little more seasoned after dipping my ears into more electronic music. I can’t remember exactly when, but I decided to give Aphex Twin another shot. Selected Ambient Works 85-92 was the one I started with again and I’ll admit, it still took quite a few listens to really appreciate the work. By that time, I was heavy into Flying Lotus and no doubt there were some similarities. But the minimalism presented in Aphex Twin’s debut is still really incredible for the time it was made and released. The small little textures matched up with some wild ass samples, Selected Ambient Works 85-92 remains timeless for the new movement it started in electronic music and one that holds a special place in my music collection.

Jeff Terich: The first time I heard Leonard Cohen‘s I’m Your Man, I really didn’t know what to do with it. I mean, I was baffled. Utterly mystified. Previously, I had been introduced to Lennie’s music through his stark and depressing album Songs of Love and Hate, which is so bleak and beautiful it’s hard not to love, in some twisted way. I’m Your Man, though, sounded like the worst of ’80s excess, bottled into a surreal and confusing two sides of pop poetry. It’s all wailing saxophone, cheesy backup singers and of-the-moment synths. There’s also a song called “Jazz Police.” Fucking “Jazz Police”! I don’t know for sure if hearing Cohen’s other albums first made it that much harder to digest the album, but I was at a bit of a loss all the same. That said, I didn’t give up on it. One song I kept coming back to was “Tower of Song,” a 12-bar-blues torch song that’s easily one of the best moments on the record. I also found myself nodding my head along to the title track. And by the time a friend of mine played “First We Take Manhattan” at a DJ night I hosted, I was surprised at how much I enjoyed hearing it. So yeah, I’m Your Man grew on me. On second thought, maybe watching Twin Peaks unlocked it all…

Matt Perloff: Album singles are always a toss up. The title track from Arcade Fire‘s Reflektor boasted a catchy, complicatedly layered sound—a James Murphy-produced dance jam with David Bowie backing vocals. It was soon eclipsed by ultimate late night tear-jerker “Afterlife” and I was hooked. Yet when the full double-LP dropped, a listen, then nothing. It’s a momentous task to tackle two albums’ worth of music even when you do like it but for one that dropped off so hard after just one track and with “Afterlife” the penultimate, I just could not vibe with what was sandwiched in between. Friends and critics alike declared their love, (I questioned their legitimacy, I cursed the Grammys) and I felt a favorite band shifting away from me. Yet, in almost laughable fashion, what finally moved me into a third track was the credits of Spike Jonze’s’ Her as “Supersymmetry” played. Perhaps I just needed the context of an entire two-plus-hour movie to warm me up but afterwards (complemented with soon after seeing how well some of the other tracks translated live) I decided to dive in a second time, hooked yet again.