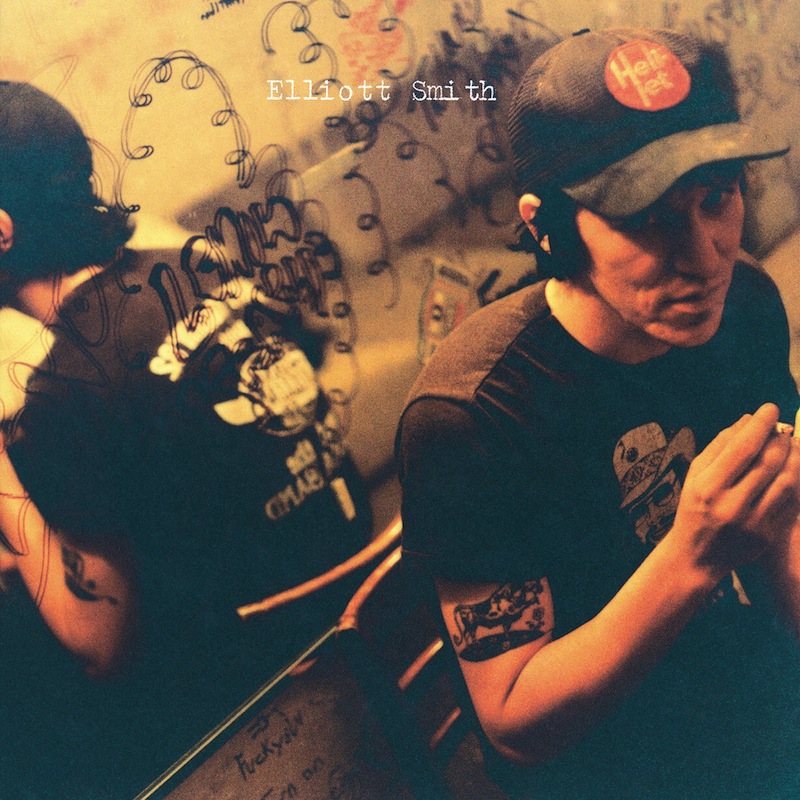 Elliott Smith didn’t sound like Paul Simon. Elliott Smith also didn’t particularly like being compared to Paul Simon. He never recorded with Ladysmith Black Mambazo. He was never married to Carrie Fisher, and he never made a cameo in a Woody Allen movie. And the fact that his self-titled 1995 Kill Rock Stars debut—a primarily acoustic record of stripped-down lo-fi indie folk—seemed to yield the comparisons only seemed to annoy him. He called Simon’s lyrics “corny” in an interview with Australian fanzine Spunk, which he later apologized for. And that’s another way in which Smith was unlike Paul Simon; Simon’s done plenty worse that he hasn’t apologized for.

Smith had a good reason to be annoyed; the one thing that the two musicians had in common was simply that they played an acoustic guitar—a quality that arguably connects the vast majority of rock musicians.

“When people hear acoustic music,” Smith said in a 1998 Magnet interview, “they say, ‘Oh, he sounds like Paul Simon,’ or ‘Oh, a man with a guitar, he must be playing in order to point out things that are wrong with the world.’ Which isn’t necessarily true. People can play alone just because they love playing music.”

The most difficult thing for an artist to do is have any control over the way an audience perceives their work, and Elliott Smith spent the better part of his career fighting misperceptions about him or his music. When he donned a bright white suit to perform “Miss Misery” at the 1998 Academy Awards, the comparisons transitioned from Paul Simon to beatmaking troubadour Beck, based on little more than the two musicians’ sartorial choices, for instance. But the overwhelming misconception about Smith’s music is the one that’s hitched a ride with his legacy as a tragic figure gone too soon—a “junkie saint” in the mold of Kurt Cobain: that his music was overwhelmingly sad, the product of an artistic genius who ultimately couldn’t overcome his demons.

To simply say that Elliott Smith’s music was sad is to overlook the depth of his songwriting. His music was thoughtful and observational. It was complicated and introspective. Elliott Smith also made music that could be bright and joyful. And on either/or, Smith’s breakthrough 1997 album released 20 years ago this week (newly celebrated with an expanded Kill Rock Stars reissue including unreleased demos and outtakes out on March 10), he covers too much ground in those 35 minutes to be encapsulated in one glib, nuance-free emotional reading. That’s not the album that I’ve been listening to; that’s not the album that Smith intended to make.

Recorded as his band Heatmiser were coming to an end after having just completed their swan song, 1996’s Mic City Sons, either/or is a portrait of an artist in transition, one with seemingly limitless possibilities ahead of him. Smith didn’t want to be in that specific band, but that didn’t mean he didn’t like having the sound of a band altogether. He double tracked his vocals and his guitar, recorded bass and drum tracks, and enlisted producers Tom Rothrock and Rob Schnapf after hearing their work on Beck’s Mellow Gold. There’s still a charmingly lo-fi atmosphere—the ambient clicks and tape hiss at the beginning of leadoff track “Speed Trials” are warmly fuzzy—but Smith’s musical ambition matured with his songwriting. If he wasn’t going to be in a band, he could be the band itself.

Within a year, Elliott Smith would sign to Dreamworks, perform at the Oscars and release a major label debut rife with lush, full-band arrangements and immaculate production. But with either/or he proved his capabilities well beyond budget or resources. Recording every instrument himself, Smith created a lo-fi rock classic, one that disguised itself as a folk album but had much greater ambitions. On tracks such as “Ballad of Big Nothing” or “Rose Parade,” Smith built up what could have been humble, understated acoustic strummers into powerful rock numbers. And on the noisy standout “Cupid’s Trick,” he turned up the distortion and let the riffs fly. While Smith admits to writing the song in a state of intoxication and that the lyrics are “just a bunch of words,” it’s still a song that leaves a mighty impact, if only because—outside of his band Heatmiser—it seemed so out of character. It’s still thrilling to hear.

When Smith keeps his arrangements relatively subdued, however, the music becomes more emotional, more intimate. Nowhere is this more poignant than on “Between the Bars,” a two-minute waltz that directly addresses alcoholism in almost romantic terms. “Drink up with me now,” he sings, “and forget all about/The pressure of days, do what I say.” He’s direct but not necessarily blunt—honest but not ham-fisted.

Yet on either/or, Elliott Smith is by no means overwhelmed by hopelessness. Quite the opposite; the scars aren’t hidden, but there’s hope for better things. Smith is frequently in a state of cautious optimism on the album, expressing cynicism and skepticism but not giving into them. “Angeles,” one of the prettiest and most intricate songs on the album (you try replicating his fingerpicking), is as cynical a take on Los Angeles and the music industry as you’re likely to hear. “Go on and lose the gamble, it’s the history of the trade/Did you add up all the cards left to play to zero/And sign up with evil Angeles?” But we know that Smith did move to L.A., and he did sign with a bigger label, and he chose to take the plunge follow that muse, cautious or not. And if you’ve heard XO, then you see the upside to that.

And then there’s “Say Yes,” the major-key closing track. The love song. It too is one rife with hesitation and misgivings, one that I was hesitant to include on my own wedding playlist until my wife made the case that, ambiguity aside, it’s about taking a chance. And it’s also about how those chances can be worth taking. Like “Between the Bars,” it’s a song that leaves emotions exposed, but it also does so in the interest of striving for something better: “Now I feel changed around, and instead of falling down/I’m standing up the morning after.” It’s the sweetest song on the album, and ultimately it’s less about the girl who’s still around the morning after than the man next to her.

Because we know how the story ends, it’s easy to reduce Elliott Smith and either/or to his very real personal struggles. But that perspective didn’t begin after he died in 2003, and it was a reductive reading then.

“Sometimes it seems that the simple fact that I’ve played acoustic music equals that I’m some sort of hermit, a very depressed hermit who can’t do anything but sit on the edge of his bed and look at his shoes writing song,” he said in an Uncut interview in 2000. “It’s not like that at all.”

Perhaps more than any of Smith’s other records, either/or is the album in which the Portland singer/songwriter becomes a Rorschach test unto its listeners. You might hear an artist working through his doubts and pain. You might hear a statement of independence. You might even hear something that sounds like Paul Simon. I hear an someone overwhelmed by possibility, celebrating the freedom of being his own artist with some of the most creative and beautifully written music of his career. I hear something honest and genuine, with more than a glimmer of hope.