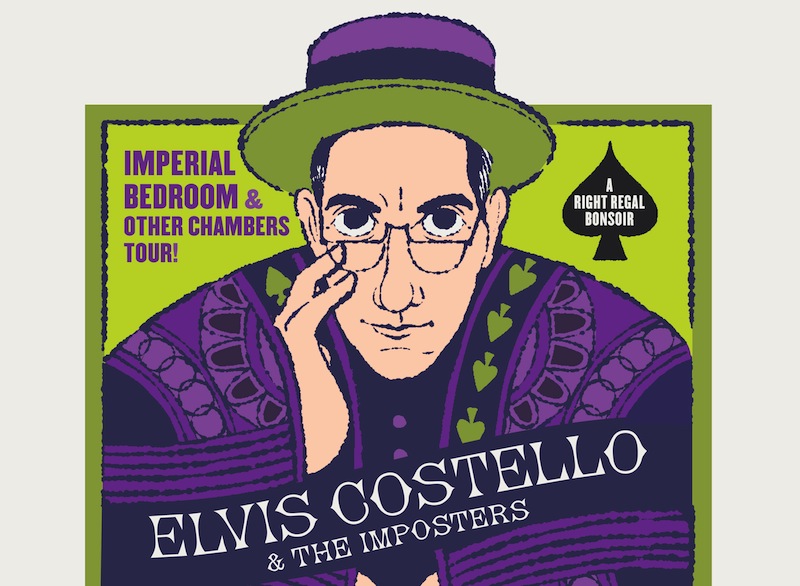 Elvis Costello and the Imposters have just announced a new North American leg of their “Imperial Bedroom and Other Chambers” tour. The show was launched in late 2016 for the 35th anniversary of Costello’s 1982 album Imperial Bedroom, and the band will be performing the entire album each night. Take a look at their upcoming tour dates below.

Elvis Costello’s “Radio Radio” is on our list of the Top 50 Protest Songs.