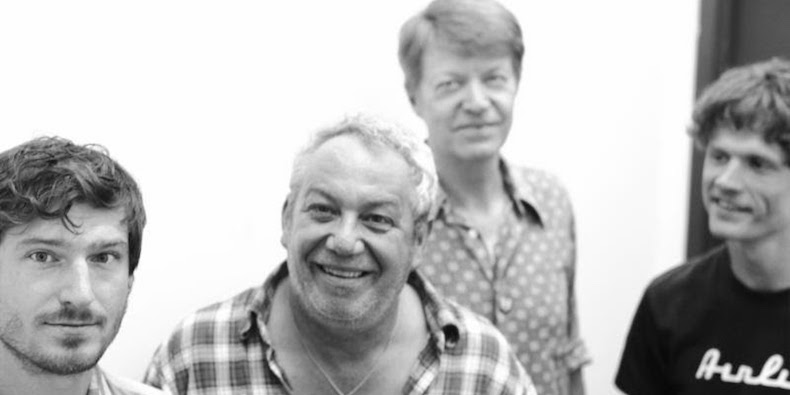 Members of The Minutemen, Wilco and Deerhoof have formed a new band, titled Big Walnuts Yonder. The group features bassist/vocalist Mike Watt, guitarist Nels Cline, drummer Greg Saunier and drummer/vocalist Nick Reinhart of Tera Melos. The band has announced their self-titled debut album, which will be released on May 5 via Sargent House. The group has released a new track from the album, titled “Raise the Drawbridges?”, which you can stream below.

Big Walnuts Yonder was conceived in 2008 when Watt toured with Reinhart. The two musicians enlisted Cline, who said that Reinhart should pick the drummer, who ended up being Deerhoof’s Saunier. The band didn’t end up recording until quite a few years later, however. “It was this concentrated sort of freakout,” Saunier in a press release. “We basically had to invent a new band on the spot.”