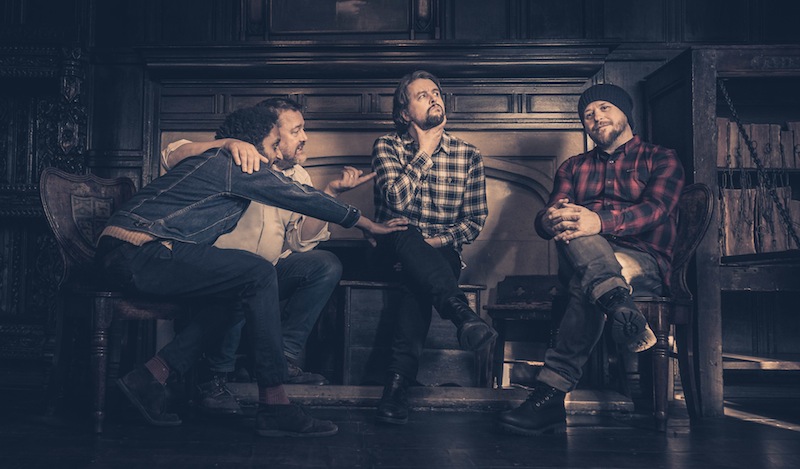 When Elbow released their third album, Leaders of the Free World, in 2005, they had been part of the UK independent music consciousness for such a long time that it didn’t seem possible for mainstream success to ever cross their path.

It was only with 2008’s The Seldom Seen Kid, a deserving Mercury Prize winner, and its breakout single “One Day Like This”—which subsequently filled every BBC montage for the 2008 Beijing Olympics and, for that matter, any other feel-good video package for a few years thereafter—that they became household names.

Since then, they have made two albums that boast much of the same romantic storytelling and emotional heft, but their newfound arena-filling profile led them to occasional excess. Their eighth album Little Fictions, released last month, is a welcome return to the intimate and personal songwriting that earned them such revered status in the first place.

We spoke to guitarist and songwriter Mark Potter ahead of their forthcoming world tour about the album’s writing process, Brexit, coping with losing their original drummer, writing a song for David Bowie, and the influence of hip-hop on Little Fictions.

Treble: Little Fictions is now Elbow’s seventh album. Would it be fair to say that this is particularly upbeat for an Elbow album?

Mark Potter: It’s about as upbeat as we’ll ever get! (Laughs) I don’t think “upbeat” has ever been used to describe our band. But yeah we wanted to do make a positive record, with so many rubbish things going on in the world. And we’re all in very good places—Guy (Garvey, vocalist) lyrically, he’s married and he’s got a baby on the way, so there’s a fair bit of love in the record, as there often is with Mr. Garvey.

Treble: How much of it was actually a reaction to all the negative things happening in the world?

MP: Erm, we talked about it. We always talk about what kind of record we want to make. We decamped up to Gargunnock in Stirling, a big old manor house, and took limited gear with us. We try to do it every record, really—have a reset, get drunk together. And then our drummer (Richard Jupp) didn’t turn up, and that was around the time that we realized that he didn’t want to do it anymore. 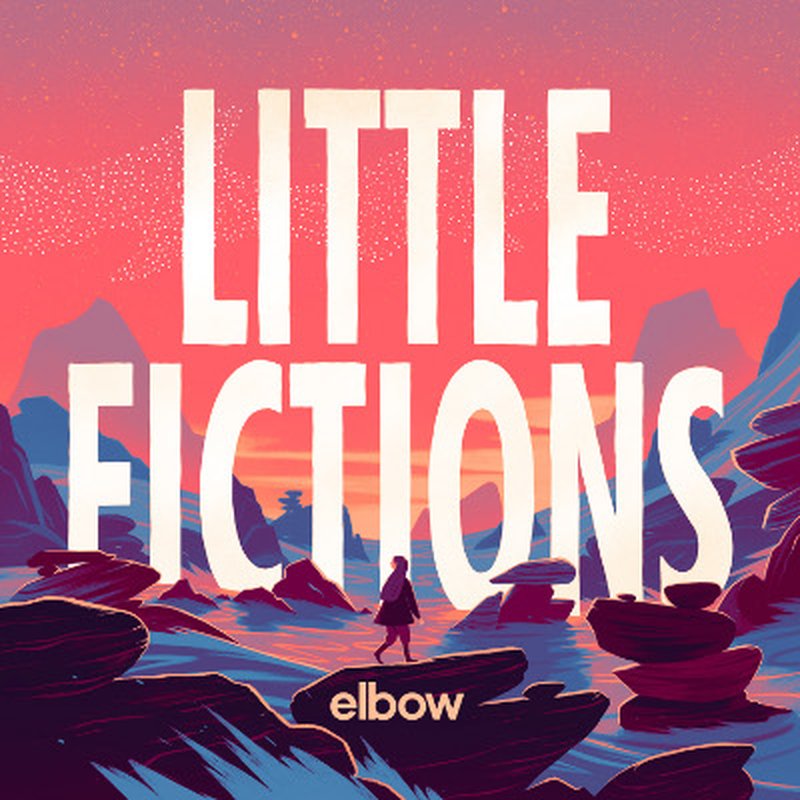 Treble: Did that come as a surprise?

MP: Not really, no, it wasn’t. He wanted to do other things, and it just sort of came to that point, really. So we wished him all the best and just cracked on. It was a bit weird of course, it’s like being married to someone for 25 years. So, for the four of us, it was a really positive time, even though there was bad things going on. Bowie died whilst we were up there, that was weird. There was no TV up there, so we were just hearing about it.

Treble: Did that news come as you were writing?

MP: It was on that first trip, so yeah we were writing. We actually ended up writing a little song for him, just a couple of minutes long, which didn’t make it onto the record. I don’t think it’s ever going to come out, but we had a lovely day doing it. But I don’t think it’ll ever see the light of day.

Treble: So with Richard leaving, it seemed to force you to come up with more creative ways to find a replacement, rather than just naming a new drummer. Could you talk a bit about that?

MP: Yeah, we didn’t want to replace him, and we haven’t replaced him. So, we were messing around with loops and drum machines, which we’ve always done anyway. But for quite a few of the songs, we’d sit down, think about the tempo, somebody would start bashing something. On the song “Kindling,” the last track on the record, that was literally a bag of kindling dropped and Craig was so hungover to move so he couldn’t get off the chair, so he started kicking the bag of kindling, and Pete grabbed a tambourine, he was also hungover, and it ended up sounding quite cool, and we got a loop out of that, and that became the song “Kindling.”

Treble: Wow, is that what we’re actually hearing on the record then?

MP: Yeah, and you actually hear at the very end that Pete turns and said, “We got that good in the middle, there,” and I say, “You can get a loop out of it,” and that’s what we did. We wrote the song on top of that little loop of the kindling bag and the tambourine.

Treble: The title track also stands out. Are those last few minutes the most manic Elbow have ever sounded on record?

MP: Haha, I think so. Someone described it as like galloping horses, and I know what they mean. It’s a combination of sound—very odd strings, an old string sample that Craig had that, and I don’t know what he was doing to it, but he was fucking it up, put it that way. And I played a lot of e-bow, slide ethereal stuff around that to make it even more crazy. On the end of that we tried putting some generic, strumming, heavy guitar, but it just straightened it up too much, so we ended up taking it off. We wanted the manic-ness to be in there. It’s our longest song, especially considering we set out to make a punchy record.

Treble: And on “Firebrand & Angel,” that’s another surprising beat. It almost sounds like a trip-hop song.

MP: Very hip-hop, yeah. Craig is well into his hip-hop, he DJs a lot, just for all our mates generally. He loves the production in hip-hop. So that was quite intentional on that song, and Craig played quite a dark piano riff over it, and it grew from there. It’s very much an Elbow builder, that one.

Treble: I imagine that Guy writes the lyrics on his own, is that right?

MP: Yeah he does. The music pretty much always comes first. On “Magnificent (She Says),” for example, it was almost a finished song without vocals, and we sent it to Guy who was on his honeymoon, which is where he wrote the words to that one. The little girl on the beach collecting the polished glass, that’s where all that came from. We do give him feedback—sometimes he’ll come back with words, and we’ll say “That’s shit, do something else,” and he welcomes our constructive criticism, but it doesn’t happen much.

Treble: There is a little bit of politics on the album. On “K2” Guy sings, “I come from an island nation, makes us think that everybody hates us.” Is this Brexit, were you talking about that whole situation when you were together?

MP: Yeah, it is. They’re Guy’s words, so it’s hard for me to talk about his lyrics too much. But yeah, in general, we were like, “fucking hell, what’s going on.” We weren’t really talking about it as a band though, we were mostly focused on making the record.

Treble: Do you see your career in a narrative way—that it took you so long to get to the top, and now you’re there—or is it just another album for you?

MP: I don’t think I’d say we ever got to the top, I think of it as though we’re very very slowly going upwards, and we’re OK with that. I suppose it did peak around The Seldom Seen Kid, people connected the dots and we won a couple of awards and a big Glastonbury performance. But I kind of feel like this is album one again, really, now that Rick’s not here. It’s very much a fresh start for us all—we still love it, and we still love making music together, and we’ve already starting writing the next record, so it’s onwards and upwards really. And hopefully this record’s gonna bring us some new fans, because I think we’ve simplified the songwriting quite a lot on Little Fictions, and stripped back some of the production a bit as well. The songs are bit more exposed, and perhaps a bit more accessible too.

Treble: You always give the impression of being a close band, it seems like you still hang out as mates when you’re not recording or touring?

MP: We do, very much, yeah, we’re top mates. We’ll find an excuse to hang out if we’re not working. We very much love our jobs, and we’ve got a year and a half on the road now, so it’s a good job. We often quote that scene in Monty Python where he’s locked up in manacles [in the dungeon], and the other guy calls him “a lucky, lucky bastard!” We can’t wait to get out there, and we’re very grateful for what we’ve got.