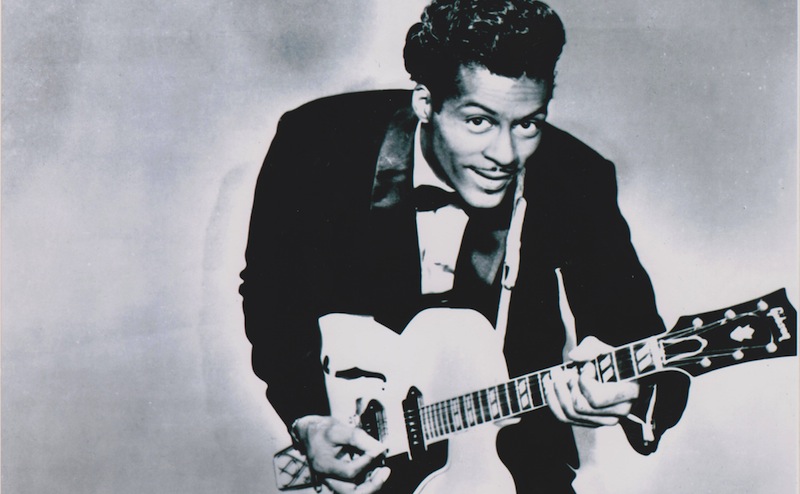 Rock ‘n’ roll legend Chuck Berry has died, according to a report from ABC News. He was 90. Berry influenced countless musicians including Elvis Presley and The Beatles throughout his career, and helped popularize rock ‘n’ roll in the 1950s and ’60s.

Born Charles Edward Anderson Berry in St. Louis in 1926, Chuck Berry got his start playing guitar in clubs in his home city, eventually recording a version of the song “Ida Red” for blues label Chess in 1955. He renamed the song “Maybellene.” He continued to release hit singles in the ’50s, including “Johnny B. Goode” and “Roll Over Beethoven,” and toured constantly. In 1958, he opened his club Bandstand in St. Louis, and in 1961, opened his own amusement park: Berryland.

Berry’s career had a number of lows in addition to the highs. In 1959 he was charged for transporting a minor across state lines, and went to prison in 1962 on those charges. He recorded more songs after his stay in prison, including “No Particular Place to Go” and “You Never Can Tell,” which saw a resurgence in 1994 when it was included in the movie Pulp Fiction. Berry also went to prison in the ’70s for tax evasion.

Berry was known for having a short temper, on one occasion reportedly punching Keith Richards in the face. However, his contributions to popular music are massive. He scored his first and only number one song in the U.S. in 1972 with “My Ding-a-Ling.” And in 1977, “Johnny B. Goode” was included on the golden record that went into outer space with the Voyager spacecraft. He was inducted into the first class of the Rock and Roll Hall of Fame in 1986.

Chuck Berry is included on our list of the Top 100 Guitarists.