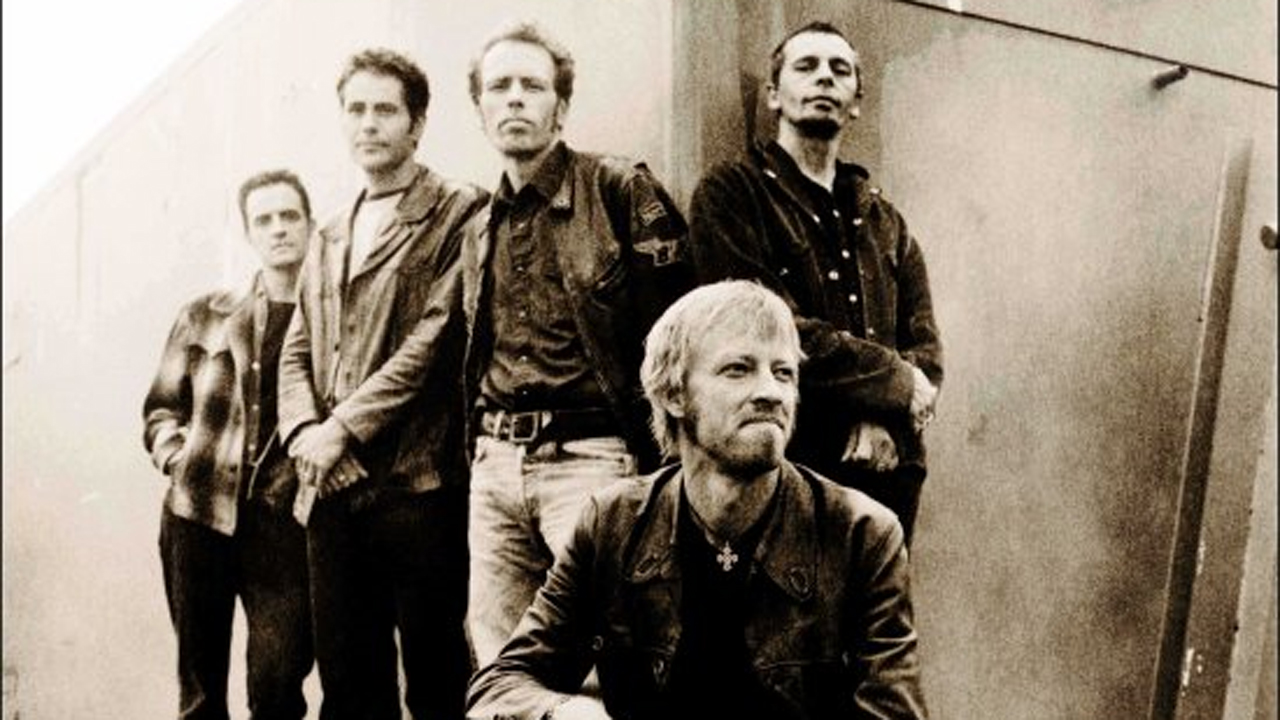 For people of a certain faith, April 2017 is kind of an important month. It’s also an important month for manufacturers of chocolate bunnies and creme-filled eggs, and who are we to deny such sugar-filled pleasures? That being said, it seemed only natural to turn to a form of music rooted in faith: Gospel. A traditional form of Christian music often performed in multi-part harmony, gospel has come to signify a specific stylistic approach as much as a thematic one. And as with most forms of American roots music, it’s found its way into modern forms of pop music. In fact, the ways that gospel aesthetics and themes have been translated into other styles and genres has proven compelling over the past several decades, resulting in everything from controversy (Madonna) to some form of personal redemption (Kanye West). We selected 10 examples of post-modern gospel that spoke to us—songs that find the holy spirit getting pretty weird. There’s not much here that’s traditional, but it’s all quite powerful. 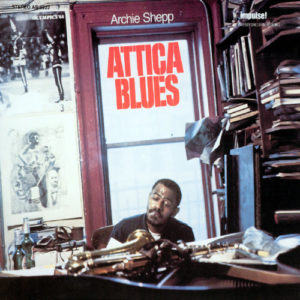 In the 1970s, after a decade spent making some powerful and intense free jazz, Archie Shepp expanded his approach to incorporate what he considered “trans-African” music: R&B, soul, funk and gospel. The title track from his extremely funky, politically charged Attica Blues is the most exclamation-addled example of where those all converge into one incredible anthem. It’s, first and foremost, a hell of a protest song, inspired by the Attica Prison riots, and overall an appeal to understanding and compassion. But when vocalist Henry Hull testifies, backed by Joshie Armistead and Albertine Robertson, the result is an electrified jolt straight to the soul: “If I had the chance to make a decision/Everyone would walk this earth in equal condition.” The lyrics may be secular, but the groove is transcendent. – JT 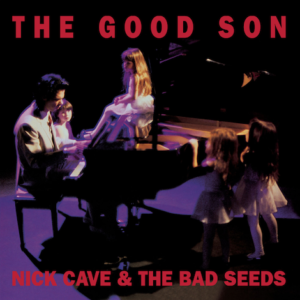 If “The Witness Song” sounds like a gospel song, it’s because it is a gospel song, essentially. Nick Cave has long incorporated elements of blues, country and folk music into his post-punk balladry, so it wasn’t necessarily all that surprising for him to tackle a traditional hymn (of sorts) on The Good Son. Based on “Who Will Be a Witness?”, “The Witness Song” puts a fiery punk blues spin on this dog-eared page in the hymnal, with Cave’s own delivery one of his most potent and dramatic as The Bad Seeds craft a climactic backing to his tent revival. It’s one of the rare moments on the album that raises the tempo and the volume, and like the healing power of the spirit, it feels incredible. – JT 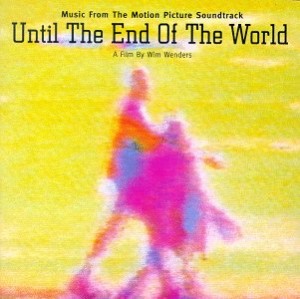 Depeche Mode – “Death’s Door”
from Until the End of the World soundtrack (1991; Warner Bros.)

The best thing about Wim Wenders’ interminable sci-fi road movie was its soundtrack, full of high-powered names and stellar performances. It featured the last gasps of both CAN and Talking Heads, smoldering cuts from Elvis Costello, R.E.M. and Nick Cave, producers Daniel Lanois and T-Bone Burnett going to work in front of the mic, and the epic heartache of Jane Siberry and k.d. lang’s “Calling All Angels.” Tucked among these was this Martin Gore/Alan Wilder performance, a subdued shuffle that on its face could merely be about life flashing before your eyes. But knowing Depeche Mode’s lyrical and thematic fascination with religion, you could make the case that the forgiving “mother” here is the Virgin Mary and the welcoming “father” is God, each patiently waiting for our protagonist to return to the faithful flock—even if that trip begins and ends on his deathbed. – AB 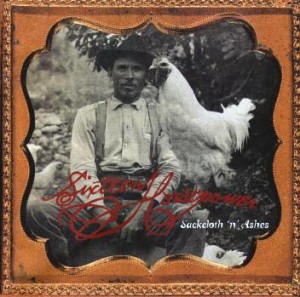 David Eugene Edwards, formerly of 16 Horsepower and currently of Woven Hand, has the kind of voice that’s made to deliver a terrifying sermon of hellfire. “Black Soul Choir,” a gothic bluegrass standout from 16 Horsepower’s debut Sackcloth & Ashes, puts the sound of gospel and Appalachian folk into a newly dark and harrowing context, offering multi-part harmonies to the damned: “Every man is wicked yes, Every man is a liar/Unashamed with a wicked tongue—The black soul choir.” It’s a conjuration of an image of a choir of the evil and depraved, hence the “black soul” in the title. It’s so damn catchy, though. If you’re headed down the River Styx, then there might as well be some hand-clapping and foot-stomping along the way. – JT 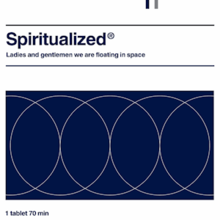 Spiritualized – “Come Together”
from Ladies and Gentlemen We Are Floating in Space (1997; Dedicated/Arista)

Jason Pierce employed choirs in his psychedelic rock epics more than a few times throughout Spiritualized’s catalog, and it’s always been an aesthetic he’s worn well. Drugs and religion each provide a similar service to the user, so it’s only natural that gospel and psychedelia be paired up like they are on “Come Together.” A standout single on Spiritualized’s best album, “Come Together” is Spiritualized at their most grand, with a horn section, handclaps, vocal choir, droning organ and distorted riffs aplenty guiding a sad-luck dirge that might very well be the only gospel song to drop the f-bomb numerous times (“Little Johnny’s sad and FUCKED” feels that much more jarring here as a result). This is still more rock than gospel, but when the drums drop out and the hands start clapping, it ascends to a higher plane. – JT 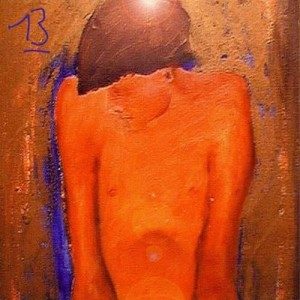 It is a little odd, in retrospect, how often British bands tackled American faith-based roots music in the ’90s—and somehow pulled it off. For Blur, it took a period of heartbreak after Damon Albarn’s breakup with Elastica’s Justine Frischmann to bring out the emotions and dig deep down into the soul. “Tender” is a hell of an opening on 13, a top-three track on an album that’s essentially a long string of career-high tracks. And while a radio-edit does exist, it pretty much has to be heard in its extended seven-plus-minute album version to be done justice, its slow build from a rustic guitar riff up into an earth-moving stomp and choir-backed expression of desperation and hurt. “Lord, I need to find someone that can heal my mind,” pleads Albarn in one his finest vocal moments on record. It, perhaps, isn’t the literal word of the Lord he’s seeking, but being down and out always has a way of making people find religion. – JT 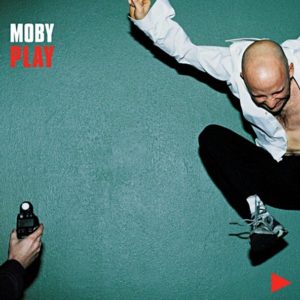 Field recordings collected by Alan Lomax from the guts of rural America laid the sonic foundation for Moby’s world-beating, genre-breaking electronic album Play. Sampled snippets of in situ folk and blues were transformed into earworm loops and call-and-response that dominated airwaves, media licensing, and sales figures for two years. Moby left the skeleton of one old song largely intact, however, splicing big portions of Bill Landford & The Landfordairs’ performance of the super-judgy spiritual “God’s Gonna Cut You Down” with simple percussion and piano stabs. Johnny Cash would cover the song properly years later, bringing back some of its gravitas, but the roadside tent feel of “Run On” marks the giddiest, closest-to-goofball moment in all of Moby’s gospel reconstitutions. – AB 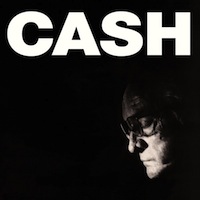 Depeche Mode has flirted with gospel since the late ’80s, intertwining the profound feelings associated with faith with the carnal desire of sex. It’s kind of their thing, really. (Drugs are also sometimes a factor, naturally.) It seems only natural, then, for The Man In Black to take this cheeky new wave anthem and insert the Fear of God into it, saving souls with some genuine soul. Part of that can be attributed to Billy Preston’s R&B piano accompaniment, which effectively transforms the UK band’s synth-driven sensibility and give it a little bit of bluesy flair. Cash, for his part, lets his own voice do the talking. His weathered vocals add more pathos to what’s ultimately a pretty fun take on a pretty fun song. When he sings, “I’ll make you a believer,” it’s no joke. Reach out and touch faith. – JT 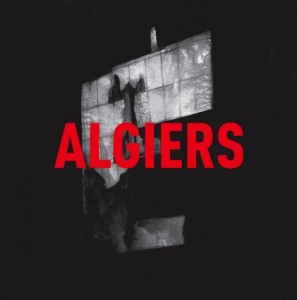 Gospel can be pretty intense. And in the case of certain recordings, it can be downright terrifying. Algiers’ “And When You Fall” isn’t traditional gospel by any means—it’s an indictment of black culture being stolen, appropriated and stripped of its meaning—but it’s delivered with staggering intensity and conviction. Vocalist Franklin James Fisher has an impressive set of pipes on his own, displaying an incredible range and fury, though he’s backed by an arrangement that sounds a bit like Cabaret Voltaire taking on Nina Simone, complete with one of the most terrifying choral backings in recent years. It’s a fitting counterpart to Fisher’s righteous lead: “You won’t know how/But when it falls down/You’ll know exactly who we are.” Vengeance is his. – JT 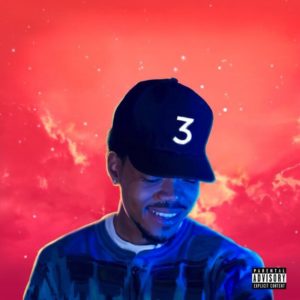 Chance the Rapper – “All We Got”
from Coloring Book (Self-released)

When Chance the Rapper released Coloring Book, 2016 was already shaping up to be the year that gospel re-entered mainstream hip-hop, thanks to Kanye West’s “Ultralight Beam.” Yet Chance built the greater part of his third mixtape on a gospel aesthetic, with “All We Got” introducing the production as one of both faith and personal determination:  “I get my word from the sermon, I do not talk to the serpent/That’s the holistic discernment, Daddy said I’m so determined.” Later on he suggests he might “give Satan a swirlie,” which is a rare image in a gospel track, but then again Chance isn’t exactly a traditional gospel artist. In fact, faith is just the driving force for what’s ultimately a track about self-determination and pushing yourself to be the greatest. “Music’s all we got,” he sings, backed by Kanye himself. It’s powerful, it’s joyful, it’s universal—no matter your denomination. – JT