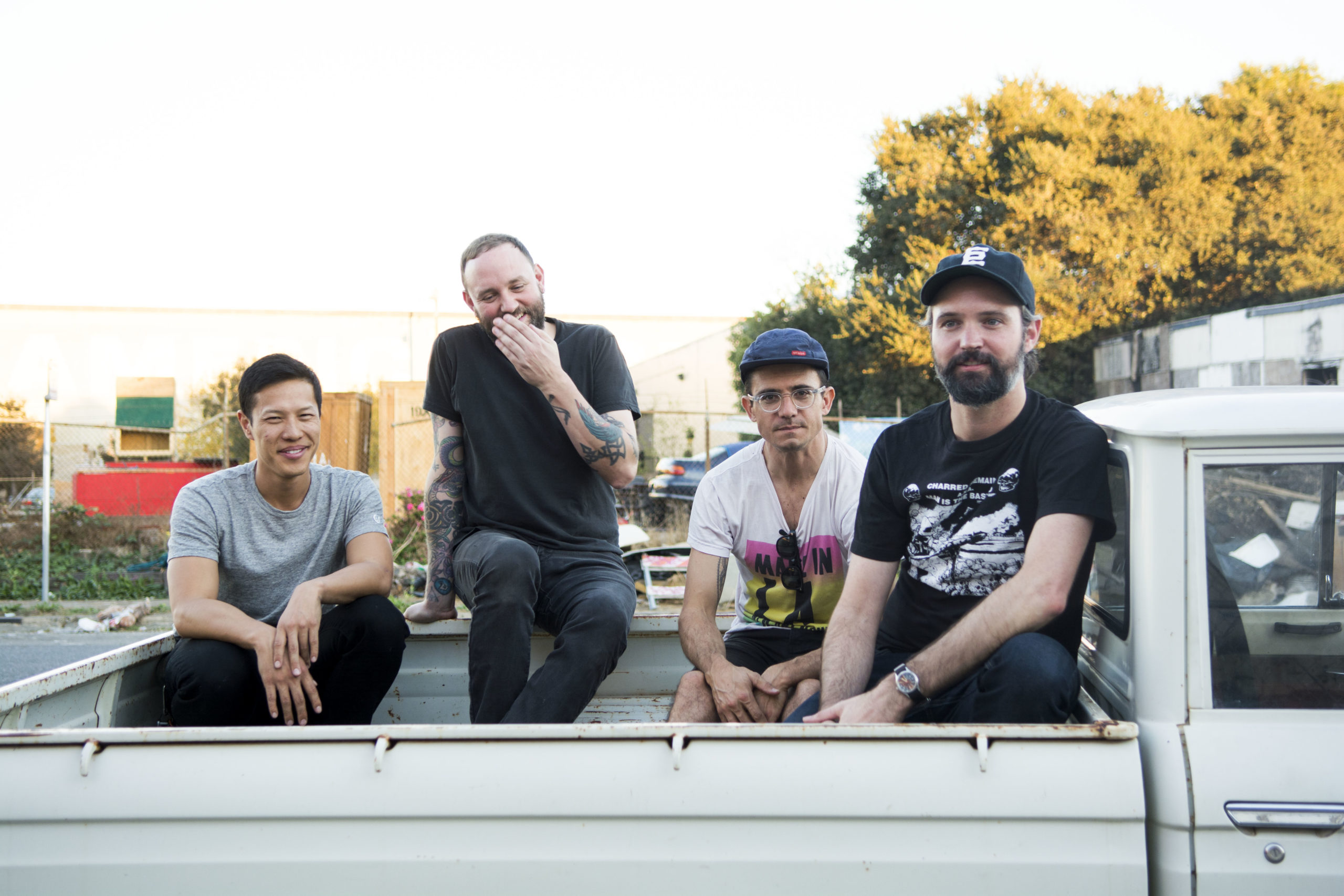 On June 23, Bay Area indie rock outfit Mare Island will release their self-titled debut EP. The group features current and former members of indie rock outfit The Velvet Teen and California hardcore group Loma Prieta, and with their new group pursue a dreamier sound. Today, Treble is premiering “Unawake,” a new single from their eponymous EP, which showcases the band’s blend of dream pop, post-rock and string-laden elegance. It’s a gorgeously arranged track that pairs shoegazing density with an emotionally charged vocal presence and stunning instrumental dynamics. It features guest instrumentation from The Magik*Magik Orchestra, and was recorded with producer Ian Pellici (Deerhoof, The Dodos).

Read a statement about the track below from the band’s Josh Staples:

“A subject I return to often when writing lyrics is dreams, and more specifically, dreams involving communicating with my deceased loved ones. The words to ’Unawake’ are largely inspired by my mother’s childhood home, high atop a hill in Albany, California. As a kid, I would look out of those windows as it got dark, down Solano Avenue and across to the start of Berkeley, where the Bart trains would criss-cross along planes of darkening streets and hills. The second setting of the song is on a beach with my best friend growing up, where we camped as young adults under a meteor shower by a particularly rank fire we’d made from a bit of tar-infused telephone pole. These are both places I often return to in dreams, where I can again vividly interact with my grandmother and friend, even though they are gone. The conscious state between waking and dreaming – where these dreams seem possibly more real than waking life – is another area this song visits, as is the place where someone like me – who doesn’t believe in an afterlife of any kind – gets to reconcile supernatural & metaphysical ideas with brain chemistry, memories & the ‘spiritual’ feelings even the most rational people experience every day.”

Listen to the Mare Island “Unawake” stream below.