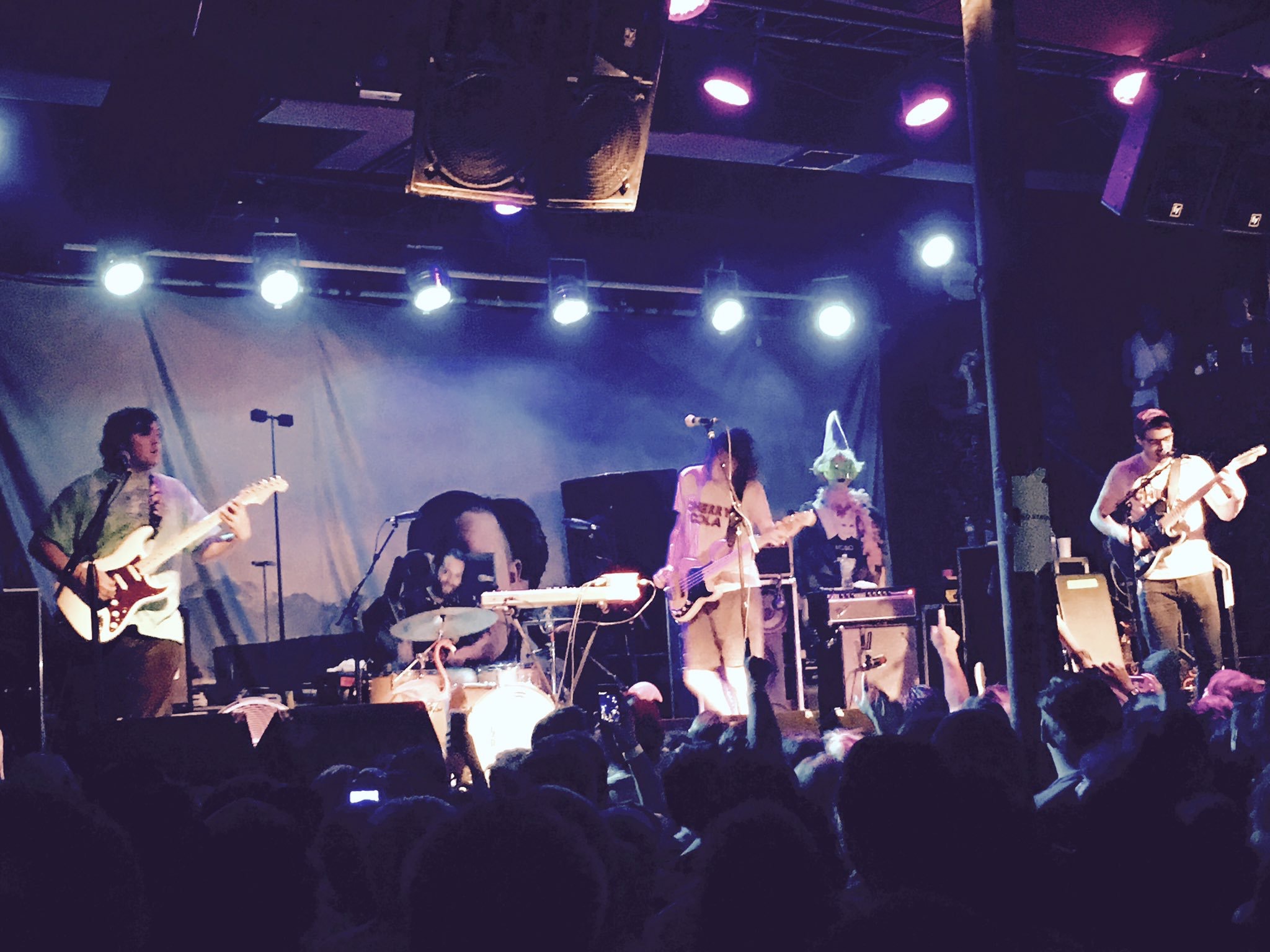 The following is part four of a five-part interview series with Tom Mullen of Washed Up Emo, a curator of emo history and, above all, an educator who has kept the dream of the genre alive through good times and bad times alike. Tom was gracious enough to offer his insight about the genre including its controversies and hidden histories.

There is discomfort in change. Often we find that what we know, or what we proclaim to be familiar with, is not entirely accurate. In some capacity, we live to profess knowledge about things we may have experienced at one point, but truly never knew anything about. Emo itself by 2010 had grown into a term that was now guided by multiple interpretations, under trees of splintered and often dissimilar subgenres. It was through this climate of confusion and accidental education through exposure that a means of redemption or authenticity could be found for the fourth wave. It was equally understood however that there was no longer a singular interpretation of the genre, it was no longer a fashion, it was no longer a state of mind. it was something different entirely.

Revival is an interesting term. It implies death. One can argue that emo, however, didn’t really ever die. From the collapse of the third wave’s financial and cultural stranglehold in 2007-2008, there was always some early third-wave artist still struggling or branching out to flourish outside their original genre assessments. Meanwhile, emo-tinged indie-pop bands struggled with the accusation of playing host to a revival and combatted the word and the term to an extent. The question of emo’s death and inevitable revival became more important for the community, as exposure grew in accordance.

Ian Cohen of Pitchfork, quoting Evan Weiss of fourth wave stalwarts Into it. Over It., in 2014 shed some light on how the artists themselves felt about being corralled into a direction that had bred such toxic narrow-mindedness during the third wave. “And Weiss and most others will readily admit: Yes, ‘you’ stopped paying attention—but it was warranted and probably necessary. The typical ’emo revival’ narrative is that, post-Bleed American, Fueled By Ramen and its progeny warped (pun intended) this scene into something not only unrecognizable from its punk roots, but completely outside the scope of ‘adult’ listening. There’s truth to that, but during those years, as Weiss puts it, ‘Everything went back into the basement.’” And as soon as it went back in, it yearned to get out once more. There’s something enchanting about that, even if it comes with some tenuous and difficult labels.

By that time as well, the revival itself was already on the way out—after all, you can’t be on a concurrent course of revival, eventually you have to revive into some state of stability. In that stability, there existed a community driven ecosystem of artists and fans that grew alongside the bands, fostering their narratives of success organically and by their own terms. For every hometown fourth-wave band that straddled genre designation and found quick success through modern day distribution channels and labels, they suddenly found themselves at a crossroads of maturity and cross-cultural influence, and it showed within their respective sonic developments, peaking at the same time of the relevancy of the fourth wave within culture. Modern Baseball’s Holy Ghost, Sorority Noise’s relatively new yet deeply resonant You’re Not As ____ As  You Think, and Prawn’s Kingfisher are just examples of the startlingly mature, genre blending albums that showed that the accessible emo-pop elements of the third wave aren’t as prominent for the health and upkeep of the revival. This was, in effect new in its presentation and growth. Critics and fans alike could whisper, with fidelity and accuracy, genres such as post-rock, shoegaze and indie rock alongside emo, and it was a fair assessment in terms of the artistry that these bands were displaying.

It was through this flexibility and acceptance of emo as a legitimate genre, capable of displaying integrative and recognizable aural structures, a once-denounced term was now embraced to a certain capacity. It was still a badge of shame, but nowhere near as intense as it used to be.

This new ownership was an obvious display of empowerment that developed two key impressions of the fourth wave, first being a return to form for both the purity of sound and subsequent genre experimentations. The second is an ability to self promote and define success through a sharper community-led fan base through social media outlets such as Bandcamp, Spotify, YouTube and Twitter without the necessity or presence of corporate interference.

Auxiliary in nature, but just as important, was the fact that dialogue was beginning to emerge again between the trinity of artists, critics and fans. A fervent and passionate conversation that produces not just conversation about music itself, but culture that surrounds music, and promotion of social maturity and responsibility. One band that has been tethered to growing and incorporating social awareness is Modern Baseball. Eloquently put by author Maria Sherman in her piece, Emo Modernity, Sherman offered an encapsulation of the phenomenon alongside fellow wave contemporaries, Sorority Noise:

“The current state of independent music has a pretense towards expiration dates: if bands are going to make it, they need to be immediately good and for a short period of time before we lose interest. Both Modern Baseball and Sorority Noise subvert that—in their literal voices, and the music they make is always growing, shape-shifting. It seems important to note that both bands first put out girl-obsessed albums, villainized crushes and sort of othered the women around them. They learned from that mistake and became better bands because of it, you can hear it from record to record. The fact that they’re able to progress is refreshing, and it’s the only way guitar-based, largely white music can become engaging, future-seeking.”

Modern Baseball and Sorority Noise both found accessibility through a heightened sense of self-awareness and chose not to engage with brutally cloaked irony as many artists of the third wave did, but instead with frank honesty. It was through this practice the wave came to incorporate a sensible form of social advocacy and broadened acceptance of those who might not  normally be included within the community. Modern Baseball’s call for an available hotline for patrons of their live shows, in order to create a better and more stable listening atmosphere, was partly informed by culture, and reflecting backward we can see these trace elements, these dialogues about personal health both mentally and physically occurring during the third wave. This concept has been expanded upon endlessly by others, by starting dialogues about women’s rights, protecting the ACLU and explicitly raising awareness for mental health hotlines.

This isn’t to say that advocacy should stand as a shield from criticism, or that we should turn good will into a form of hero worship. But in this delicate nuance there’s a sense of progression within the genre that is undeniable and ultimately positively in its incorporation. It raises ultimately a poignant analysis, does music inform culture, or does culture inform music? And how important is the apparently symbiotic relationship between the two? It’s genuinely impossible without the progression of time to determine these factors, but the questions should be asked now, so that when we move away from the revival, from the fourth wave, we can begin to assess its importance in the hierarchy of the genre’s seemingly inevitable migration toward the future.

Music and art are deathless, even if they’re relatively unknown. Providing the absence of some sort of massive calamity, music and the artists that created it are preserved, curated by its communities through digital libraries online. What would have gone undiscovered, lost to four tape recordings or degrading cassettes, is now available, tagged, incorporated and absorbed into the zeitgeist of the time.This process was visible already at the end of the second wave, and if the underground popularity/infamy of bands like The Brave Little Abacus still manage to resonate, it’s because the feeling of discovery still lingers even with unfettered access at our fingertips. The conversations that stole the interests of so many alongside their respective discovered that had once occurred in record shops had now moved through a torrent file, or a bootleg upload on Soundcloud or a demo on Bandcamp. The more things changed, the more they honestly stayed the same. Yet, the exclusivity, the privilege of being able to tell others about your find, makes us all modern curators of not just “good” music, but music that means something to us. It can be a song, it can be an album, it can be a genre in its entirety, or a portion of it, as long as it adds meaning to our experience.

That’s ultimately what the fourth wave is, what it remains: a deathless love for community and tireless march for acceptance and accountability. Against a lingering shadow of commodification in the form of “Emo Nites” the artists that have come to define the genre now, stand resolute, dynamic and above all tolerant. The question that lingers, like a spectre that challenges every generation prior, is the same: Where do we go from here?