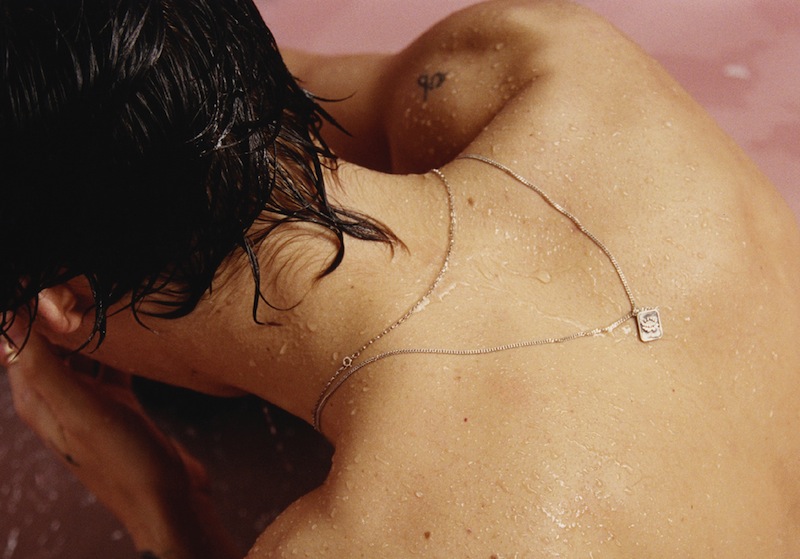 If you presented the debut album of Harry Styles to someone who didn’t know what they were being exposed to (and, presumably, did not exactly go for American pop and said so in no uncertain terms), they’d probably think it was highly promising indie-folkrock made by someone indebted to Mikal Cronin, country rock-mode Ryan Adams, James Taylor, a bit of Strokes, and the more ballad-heavy Fleet Foxes songs—someone who had great hooks but could stand to work harder on the lyrics.

Which is exactly what Harry Styles is, much to the surprise of many people, including me. I have not listened to a full song by One Direction to this date. I completely understand their appeal, just wasn’t interested once I heard a few samples that made me think, “Cheap Trick for tweens, like the Jonas Brothers. Alright. Next.” This album is far from perfect, but there’s a lot of goodness and a boatload of melodies. Going back to the strawman constructed in the above, revealing the identity of the album would likely yield some interesting results and no small amount of hemming and hawing.

Summer is coming, and Styles’ album is suited for it, but not in the summer-jam sense: These songs are suited for sunsets twinged with melancholy, for hot nights when lovers shout and argue but eventually reconcile…except when they don’t, and for rough couplings of people thrown together in unexpected social circumstances.

Since the record ignores all current pop music trends, there are no tracks that constitute a sop to labels’ “instant single” demands. Hilariously, the songs that’d work on contemporary or classic rock radio, such as “Kiwi” and “Only Angel,” probably won’t get played there, and ostensible lead single “Sign of the Times” (not a Prince cover) is only on pop radio because of Styles’ former band. I’d be interested to know what his fans think of this stuff, but not that interested; I have seen glimpses of #1DTwitter and Those Mother Fuckers Are Scary. They probably love it for his voice alone, which is in fine form throughout, particularly on opener “Meet Me in the Hallway,” the classic-countrified “Two Ghosts,” “Times” and “Kiwi.”

Don’t take my word for it: You’ll probably know if you’re at all interested in Harry Styles after the first two tracks (“Meet Me” and “Times”), and if you ain’t, you’ve hardly wasted any time. Any by no means should you feel obligated to go back and look for signs of this album’s qualities on older 1D material. Your poptimism card won’t be revoked. In fact, I have a sneaking suspicion that a few hardcore poptimists will consider this album a tryhard move to be considered Serious. (I can think of several critics who shall remain nameless that may have written such an opinion and have certainly expressed it in other forums; their reasoning as predictable as the sunrise.)

If nothing else, I can assure you Styles is much, much less a tryhard than fellow ex-1D-er Liam Payne, currently posing shirtless for single art and making stripper jams with Quavo. The hanging out with Quavo part seems cool, but trust me, “Strip That Down” is extremely, extremely bad, right down to the dollar-store DJ Mustard ripoff beat. Jesus Christ, I’ll never get those three minutes back.

Styles may have no interest in making the “song of the summer.” (Whatever that really means; one could write an entire column on how circular, pedantic and arbitrary that discussion gets. I, personally, won’t write it.) But whether Selena Gomez and Carly Rae Jepsen intended to make summer jams or not, they both wildly succeeded.

Gomez’s “Bad Liar” samples “Psycho Killer”—a theft Talking Heads bassist Tina Weymouth and frontman David Byrne have endorsed—in thrilling fashion. She’s always gone for the coquette in her music rather than the vamp, and she does it well, with come-hither cadences bouncing across the bassline in the early percussion-free seconds and then getting juuuuust a tad louder for the falsetto chorus. For someone whose vocal limitations are quite clear and has required Pro Tools rescuing in the past (the otherwise amazing “Come and Get It” being a prime example), she and her producers have worked around them to considerable success here (and on much of her last album, Revival.) She doesn’t need to shout.

I never doubt the capacity of a mainstream pop album—by just about anyone except Beyonce—to be submerged in filler. But if the majority of Selena Gomez’s new one sounds like or is as craftily seductive as “Bad Liar,” it could be one of the year’s better pop records.

Cursory research has informed me that the new Carly Rae Jepsen song, “Cut to the Feeling,” is for the soundtrack of some Canadian animated movie or something. That is weird. However: Unlike a certain other song with “Feeling” in the title written for a children’s film that was awful, stupid and bad, this, like all new Carly Rae Jepsen songs, is the best song ever (for me, right now). Even by usual Jepsen standards of euphoria creation, “Cut to the Feeling” is on a level few of her tracks touch—up there with “Run Away With Me,” “Gimme Love,” “First Time” and “Call Me Maybe.” Her voice on the refrain when she reaches the “I wanna cut to the feeling” bit? Or this, from the first verse: “I’ve been denying how I feel; you’ve been denying what you want/I want some satisfaction – take me to the stars”? It’s more in the delivery than the words, of course, but let me tell ya: THAT is how you make a song that is 100 percent about fucking (as many CRJ songs are; she’s just not one for spelling these things out) and have it be palatable for some animated film.

It’s quite possible the same issues that kept EMOTION from exploding into the pop-culture consciousness as it should have—poor marketing, an unwillingness on Jepsen’s part to play the rote steps of the pop star game—will minimize the impact of this song. But for now, “Cut to the Feeling” holds the belt for the most beautifully exuberant piece of pop music released in 2017, and it deserves to blast from your car and party speakers with the windows way down.